inFrames has received the following awards and nominations. Way to go!

An easy and interactive way of educating young people about one of NASA's biggest activities - Space Exploration. Teaching them about habitable exoplanets in an engaging and fun way. 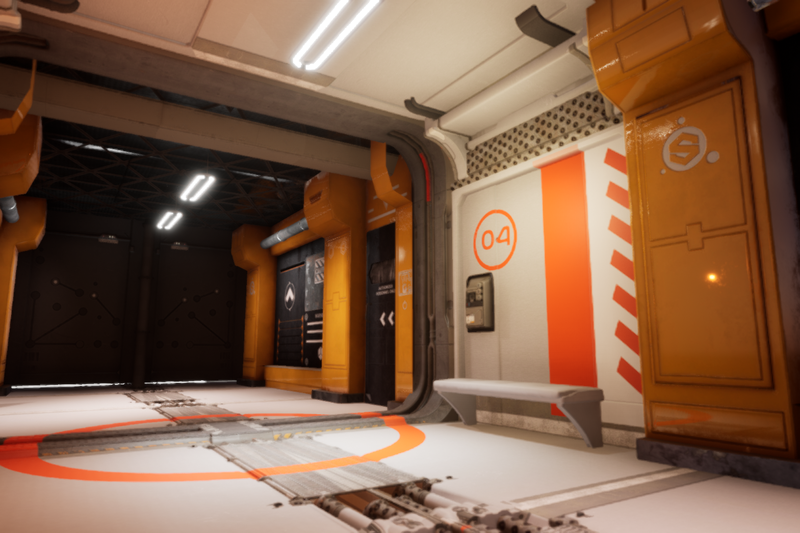 One of NASA's main missions is, undoubtedly, space exploration. Space observatories have confirmed more than 3200 exoplanets in the last 20 years. Most of them being Ice or Gas giants. And not much of those are situated in the habitable zone. We learned more about the NASA's Kepler mission and all of the planets it has discovered in the last six years(Kepler-20e, Kepler-22b, Kepler-186f, Kepler-452b) and that inspired us to create something that will educate people in a more fun way because, quite frankly, not many young people are picking up books anymore.

We found this challenge interesting because space exploration and colonization is an inevitable event in time and more likely than surviving here on Earth . Even entrepreneurs are making plans to colonize Mars, because we as a race are slowly but surely destroying our planet.

We wanted to make a Virtual Reality Environment on Mars but wanted to contribute to the space exploration research. Not many people know about this topic and we wanted to create something that makes it easy for people to use and make learning fun at the same time.

"Exoplanet Labs" is a virtual reality environment that provides a fun immersive learning experience to any user, be it old or young. It portrays a base on the surface of the planet Mars. Our main focus (literally) in the environment is the big telescope in the center of it. The telescope will provide you with a way of discovering potentially habitable exoplanets and everything about them including a 3D rendering of the surface.

The key points of the project are:

Our App starts off when you‘re spawned inside a laboratory on the surface of Mars where a giant telescope is located in the center of the Lab/Observatory. On clicking the Telescope you get prompted with a menu with different planets and moons in it with information. On clicking one of the arrows the planet will be switched with another. Beside the planet will be a text window displaying information. Then when the window is clicked it will expand revealing more information and options. We want to implement 3D renderings of the surfaces of every planet we add so that people could experience what being on those planets might feel like. We used data from NASA’s telescopes to create planets. Until now we’ve added two planets and one moon: Mars, Earth’s Moon and an 3D interpretation on how Kepler-62f might look like.

We chose that planet because its one of the two planets situated in habitable zone of the relatively cold star Kepler-62.

This is how we made it:

We started with creating the 3D model of the Telescope and then layering everything else around it. We had to keep everything to a decent polycount so it could run smoothly, that's why we heavily relied on textures. We used "Substance Painter" to bake most of the information onto normal maps. After the telescope was finished we started creating the base around it which was quite straightforward.

Then we relied on the powerful blueprint system, that Epic's Unreal Engine provides, to create different materials, like holograms for example.

For the style of the level we went on NASA’s website and looked some of their observatories and research centers. Then we went online to gather some sci-fi references and inspirations. Due to the nature of the challenge and the short period of time, we went for a more stylized game look so that we can make it on time and to not be distracting to the users. We made most of the assets used in the scene and used some free assets from the unreal marketplace. We focused a lot on making Decal maps (signs and paint brushes that are planar projected on a 3d surface).

We collected data form NASA's various resources to create planet textures. For example we got 8 photos of Mars and then stitched them together to create a 200 megapixels texture of Mars's surface. Then we used "Crazy Bump" to create the other associated texture maps so we could build a useful in-game material. And then we did the same thing for the Earth and our Moon.

To save resources we decided to create our own texture maps for Mars surface’s in-game environment. We used Substance Designer which is a really powerful node based tool for procedural creation of textures. We went for a stylized look of the environment so that it would match the rest of the 3D assets which we created and utilized during the event.

After we made couple of variations to the texture, we proceeded to blend them together with Vertex Paint inside Unreal Engine 4.

We tested out the project on the HTC Vive which is probably the most widely used VR headset on the market right now. The HMD works like a second display which makes it extremely easy to be used with the SteamVr plug-in and a NavMesh from Unreal Engine.

We want to see our project developed on the Oculus Go which we were also testing on. This would make our app easily accessible to more people and could be integrated into the modern classrooms.

You can see more information and pictures of the development process in the Updates tab of the page.