One problem explorers face in Mars, is not having control of the energy they waste and the lack of knowledge they have of the meteorological changes in the planet. Our idea is a group of sensors to help them control and understand these variables. 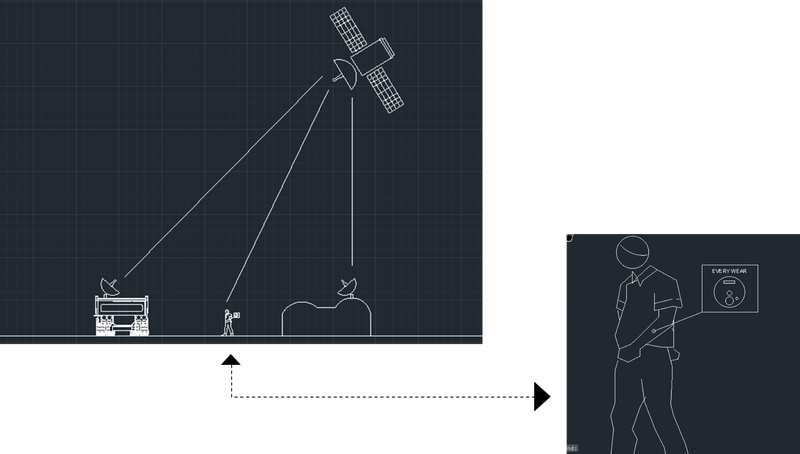 Hundreds of thousands of years ago, the universe as we know started as a hot environment that created tiny particles. These particles started grouping together, creating the first atom, hydrogen, and later on, helium. Those atoms gathered together, and created stars. The gravity of the stars joined together debris of the big bang. These debris started crashing towards each other creating what we know as planets and their satellites. An example would be our solar system which includes the planet Mars.

A problem that the explorers in Mars face is the fact of unknowing the amount of distance they can travel without wasting too much energy, or when their body is dehydrated. They also have to confront the lack of knowledge of the meteorological signs that foreshadow the coming of a storm. One more issue explorers face when in Mars is not having enough resources to maintain their energy, such as food and water.

Not being able to control the variables in weather makes it harder for humans to stay alive in Mars, therefore studying these variables first hand with sensors will help us understand the conditions of the planet and it’ll make it easier to survive in it in a non-distant future.

The idea is to implement a sensor on the inside of a device inspired by a gadget previously created called EveryWear. This device works as a data collection system that uses wearable, small sensors that sends the information gathered to a space station, iPad tablet, or computer, through wireless internet or bluetooth. This sensor sends signals to the explorer and to the database, letting them know that the astronaut is dehydrated or when the explorer can’t keep on traveling otherwise they won’t have enough energy to return to the base. This sensor will also help the astronaut have control of the energy its losing and saving. A GPS will be placed on top of the astronaut's helmet and will be connected to the satellites and to the space station. This will let the other explorers know the exact location of the astronaut and the distance it has traveled. One more group of sensors we’re adding is a temperature sensor, atmospheric pressure sensor, radiation sensor, and a wind direction sensor that will be located on the bases and will be working with the help of the satellites. Our sensors will work with small solar panels. This will make our sensors candidate for clean energy options.

Berkeley News “Let them see you sweat: What new wearable sensors can reveal from perspiration” http://news.berkeley.edu/2016/01/27/wearable-sweat...