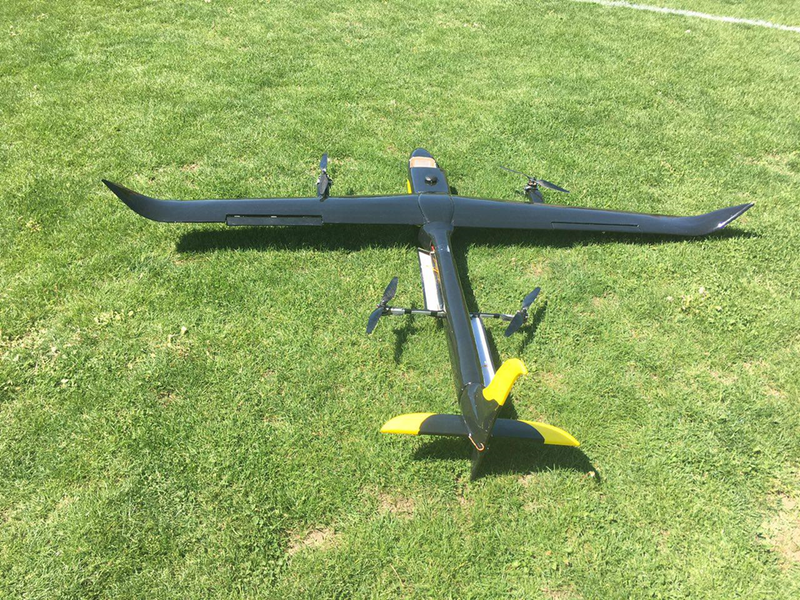 The detection of fires in the mountains and forests is a task that will make it easier to fight them and reduce their harmful impact on the development of mountain and forest ecosystems. Satellite observation is still expensive and there are many difficult to access or sparsely populated areas that are potentially dangerous to fire. The use of unmanned aerial vehicles makes it possible to monitor and monitor the occurrence of fires in large areas using minimal means? The proposed aircraft can fly in two modes: take off as a dron, ie. the advantages of the dron can be used - to "hang" in one place, except as a dron can fly like an airplane; to take advantage of the airplane's flight - to fly at high speed and at high altitude. Using the benefits of both modes of flight, effective use of the unmanned aircraft for early detection and localization of fires in the mountains and forests can be achieved.