Cosmos X | On the Shoulders of Giants 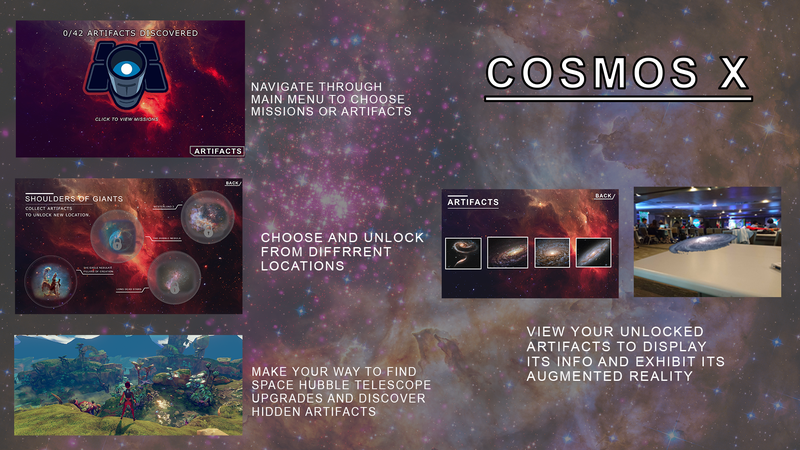 Cosmos X is an immersive outer space exploration game based that also uses augmented reality technology to give users a first hand experience of different objects, artifacts, tools, and equipment used by different NASA Astronomers and data collected by hubble space telescope which make the users feel that they are also part of NASA exploration. This immersive game gives knowledge to the users on how our universe work, know more about science, physics and other scientific studies.

This game is a third person story based game that the goal is to discover different artifacts, conduct studies, formulate possible theories and solve puzzles from different planets and star from various galaxies across the universe. This game uses NASA data such as images captured by Hubble telescope, various studies of different planet discovered and theories and integrate it inside of the game to make it more immersive for the users to play. It also uses AR technology to make users collected artifacts, objects and tools from the game be able to see it in the real environment and bring them closer in real life.

Cosmos X gives an opportunity to bridge the gap of information, or data about our universe. This game encourage people to study more and explore our cosmos and the world beyond it.

This games is made with various technologies such as: