Light Wonder has received the following awards and nominations. Way to go!

Go! Polar Bears! is a game which performs the beauty of data and engages an user with interacting. 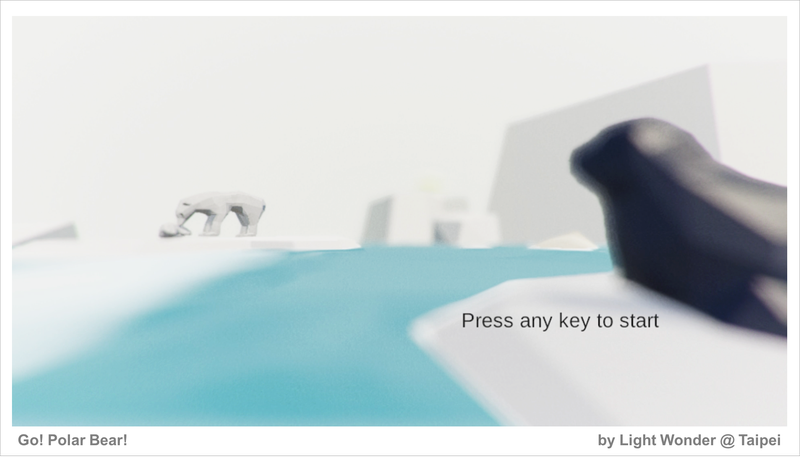 The normal data visualization tools can only 'PROVIDE' data. For a general audience, these data are just some numbers and maps, and means nothing to them. Even they understand how to access, they still don't know what should be found within the content.

To engage the user interacting with the data, we believe that the game is the best way of presenting. By performing the change of time and space, players can act as a polar bear to explore and realize what happen to Arctic Cycle. 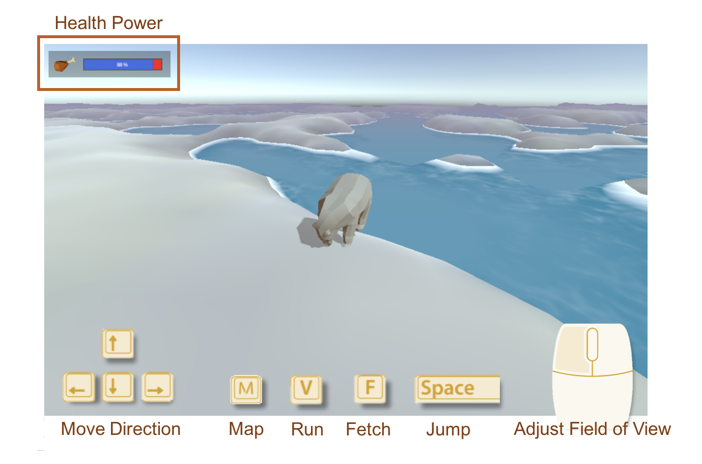 Global warming has had a huge impact on the environment, climate, and ecology of the North Pole.

In the game, you can become a polar bear of different ages as you go on various quests to explore the Arctic of 2007 to 2016.

The ecological system is balance and stable. Arctic Circle is full of sea ice and various creatures. Polar bears live in excellent condition and stand on top of the food chain here.

Player acts as a baby polar bear. Just walk around to explore the fascinating polar nature spectacle. Don't leave mother bear too far away, and you'll complete this level.

Global warming has changed the environment of the polar circle dramatically. Polar bears' activities are restricted by the decreasing sea ice. It is full of hunger adult bears who will even hunt the helpless youngs in the polar bear group now.

Player acts as a mother polar bear. You not only must hunt seals to feed bady bear, but also protect baby bear from other hungry adults. Baby bear is hard to survive in the difficult situation. Once the baby bear is gone, you'll enter the final level!!!

LIving conditions are getting worse continually. A few years later, there's only one polar bear lives in the area. Player acts a lonely, hungry, and elderly polar bear. The sky is same as its childhood, but everything else has changed ...

We learned that the polar bear population is declining in 3 areas of Arctic, including Baffin Bay, Kane Basin and S.Beaufort Sea from Polar Bears International. Therefore, we choose a bay located in North-West Canada as the region that we present in the game. 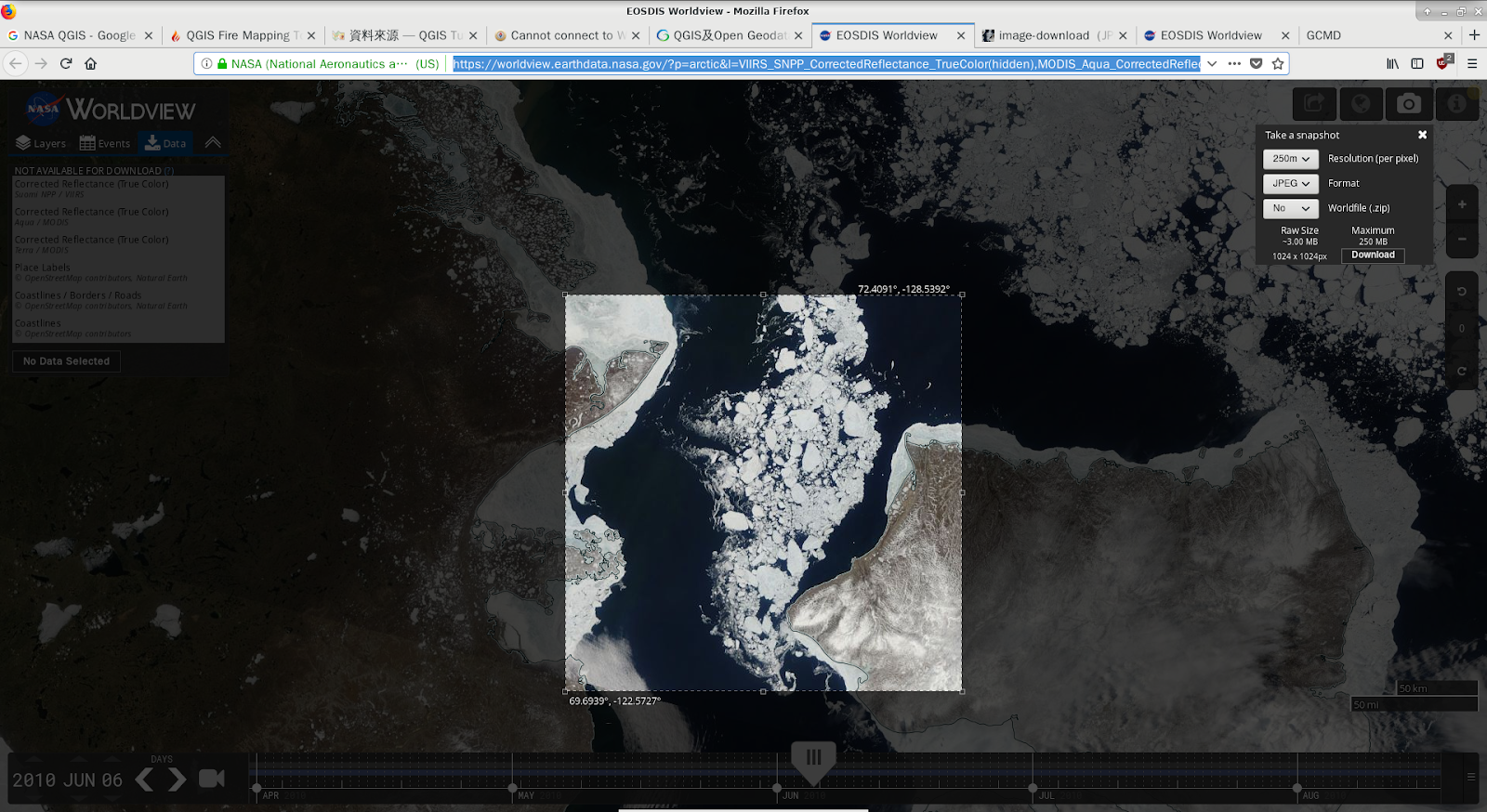 To perform the polar bear in different age and how it suffer environment change, we selected maps in year of 2007, 2010, 2016 as different game level's terrains and landscapes. 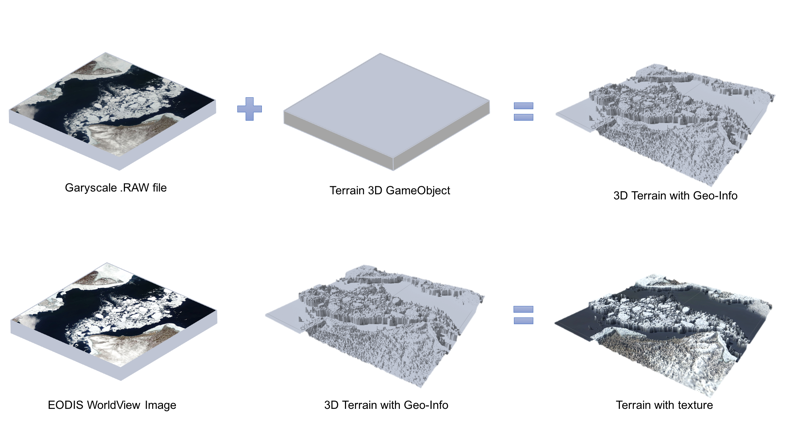 We found there are a lot of landform data from ArcGIS. For example, the GeoTiff which we can open with QGIS represents altitude in grayscale. 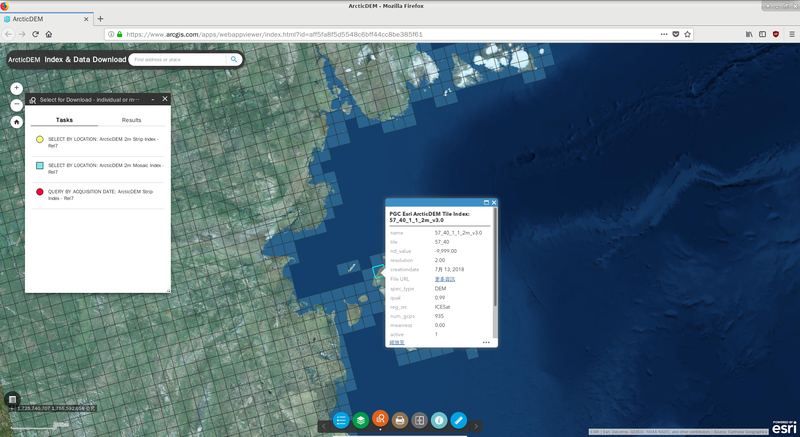 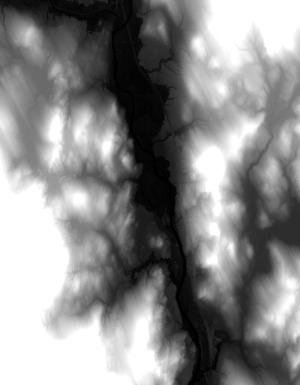 To transform the GeoTiff (DEM) or image into a terrain model for the 3D program, for example: Unity, someone has already implemented the tool: phstl, which transfrom GeoTiff (DEM) file to STL file.

However, most of the data is around the land, not the sea/ocean, which we are more interested in for the challenge. Therefore, we put the eyes on NASA EOSDIS Worldview.

Worldview has a lot of arranged environmental remote sensing images. We can download a selected frame directly.

We even downloaded the images in the same area but on different dates with cURL in batches. We wrote the shell script - getpics.sh for that.

Image Processing for Terrain Model (with OpenCV, Matplotlib and NumPy)

Photographers always check the histogram which shows the brightness distribution of the pictures that they take. We try to find the sea/ocean and ice/snow in the downloaded images with the same idea. 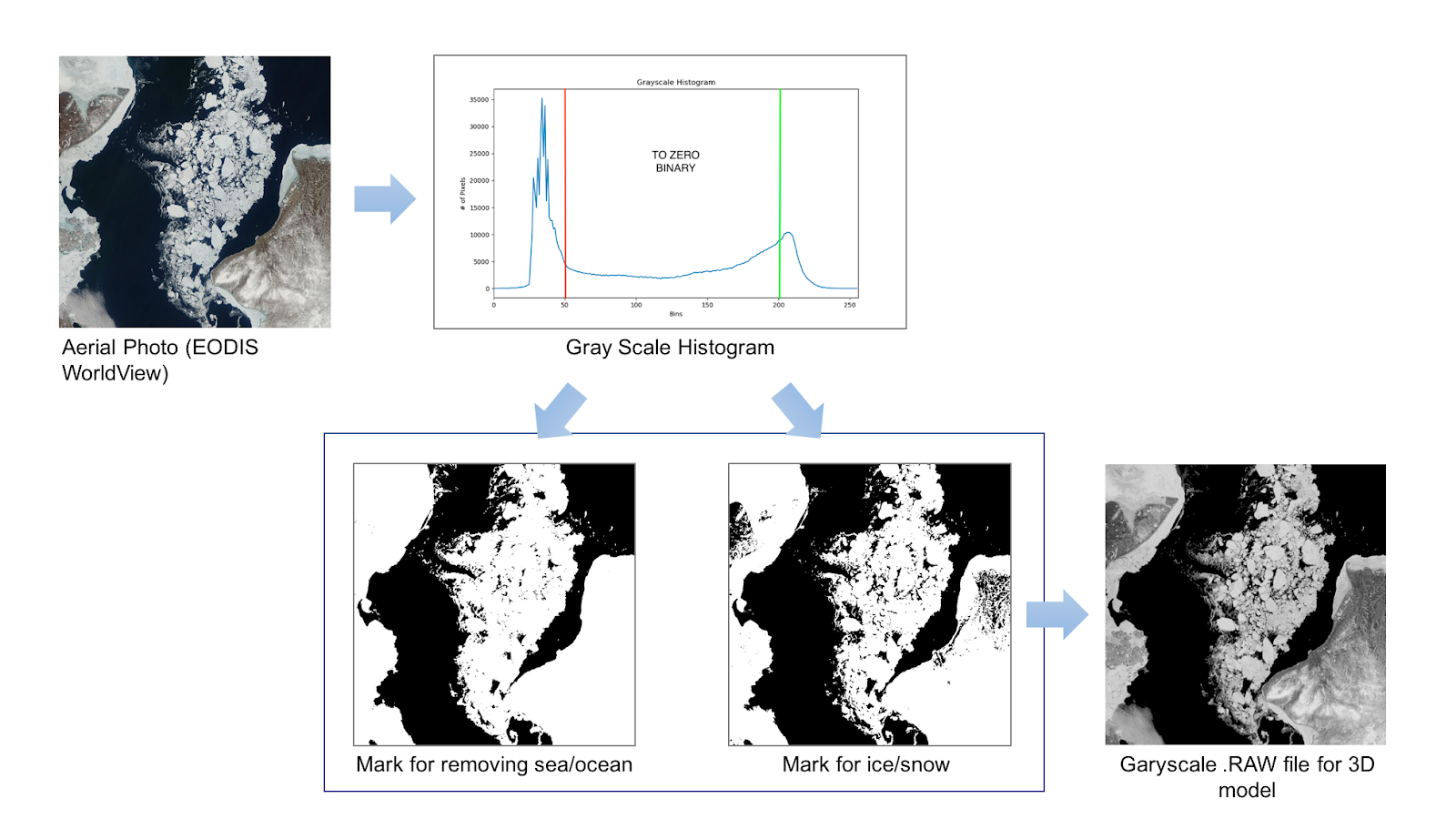 We arranged the processes 2 ~ 4 mentioned above in findice.py.

We have referred to the following information to estimate how many polar bears distribute in the area.

The reference data of polar bear population in selected region could be found in the statistic.

The overall polar bear status of different areas in Arctic is presented in following pages:

Other mammals or marine species

To implement the complete food chain for polar bear, we imported/modified following 3D models into the game:

When it is easy to hunt and the polar bear's health is in good condition, the bear may only eat the seal's blubber and skin. Therefore, we also surveyed the Ringed Seal's population, which is also declining in S.Beaufort Sea area.

We also suggested to implement the vegetation distribution besides the marine mammal species. We found NASA has telemetry data for vegetation: NASA Studies Details of a Greening Arctic. The data could be implemented as the texture of terrain models, or game objects generated by scripts.

All the source code & binary we built are listed as follows.