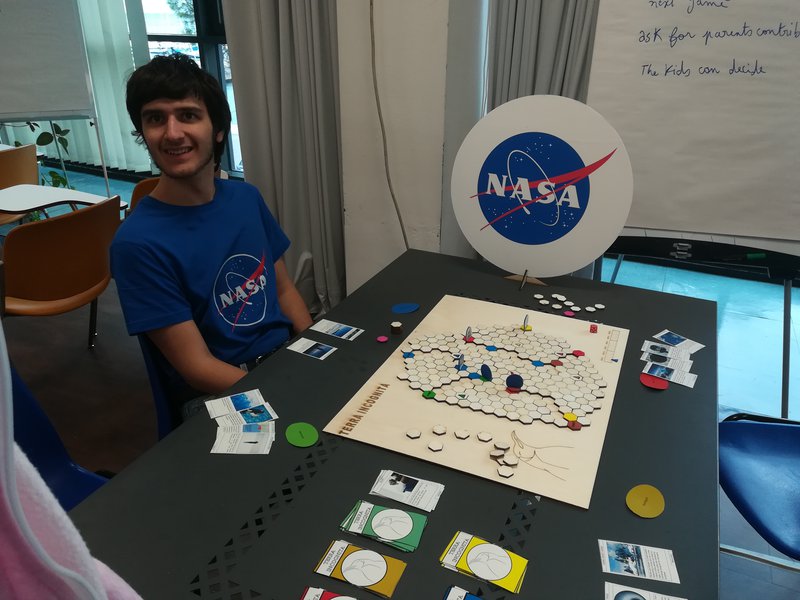 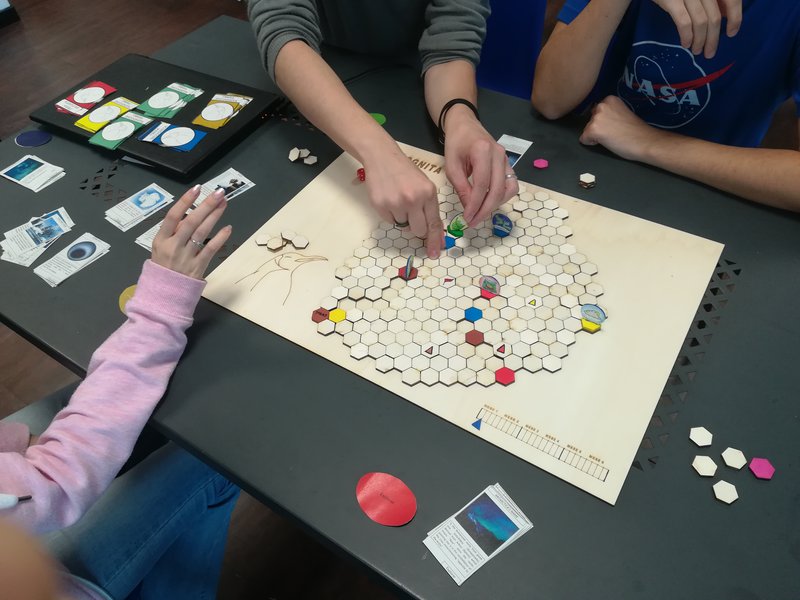 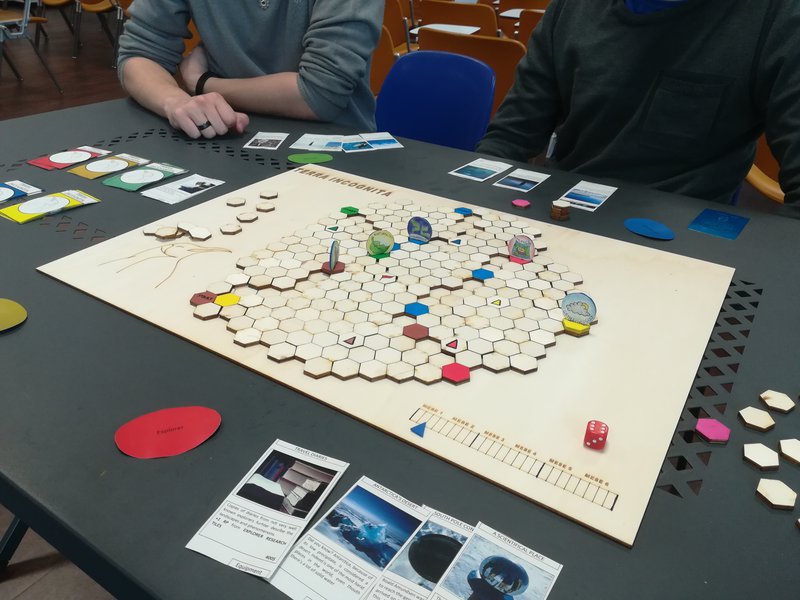 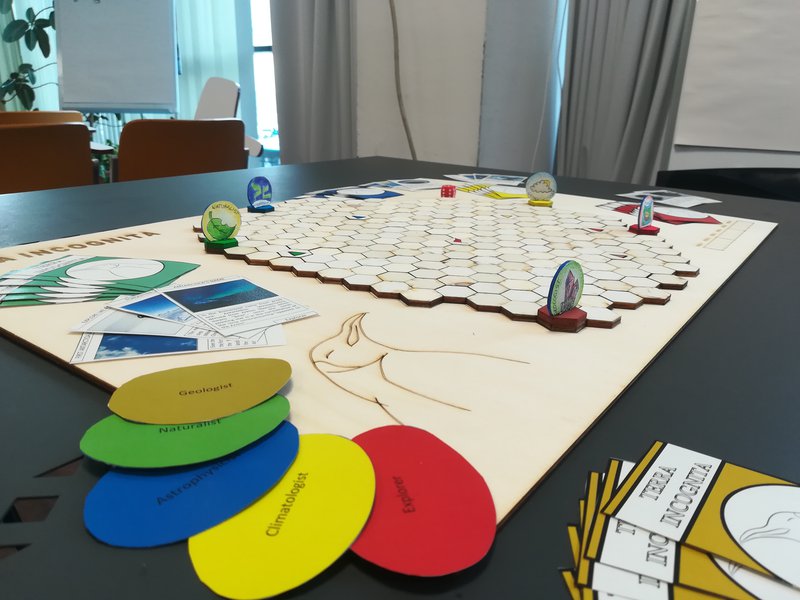 The idea behind it

This game was designed to intrigue and inform about the conditions of the Antarctic continent today and the major areas of research that are currently underway with the use of data mainly collected by NASA.

The player finds himself in the role of a researcher who have to organize his own quest to the South Pole with the aim of collecting different data within his research field (Research Cards).

At the beginning of the game he has to decide how to use his founds: he can decide to expand his research team with the collaboration of other colleagues specialized in one of the other fields or invest his found in equipment (Equipment Cards).

Only after having found all six objectives scattered around the board, it begins the second phase of the game, the Rush to the Centre of the South Pole.

The goal of each player is to reach the Center of the South Pole afterhavingfound the 6 objectives of his field of interest, hidden under the hexagonaltiles (Research Tiles) of the board and marked by the respectivecolour.

All players draw aCharacter Card, which will define the scope of their search.

Each player represents one of the following:

At the beginning of the game each player invests his Fundsin the recruitment of his Research Team and/or the Equipment.

He can spendentirely or partiallyhisinitial funds only at the beginning of the game:

B) With the investment in Equipment he will have advantages on the material aspects of the journey, to facilitate and speed up the expedition, to explore larger parts of the territory, or avoid inconveniences and hazards (see Hazards Cards).

See the cards for the description and more information.

The game is divided in two phases: 1. find the research cards and 2. the rush to the South Pole.

After placing their tokens on the hexagons of their colour, players throw the dice and who scores the highest score begins the game. Turns continue in a clockwise direction.

The player on duty rolls the dice and moves his marker with a number of hexagons equal to the score obtained, proceeding in any direction.

While passing over the tile, he will turn them face up, discovering their hidden colour.

During the game, the score of a dice throw could be modified by Hazards Cards, terrain or Equipment Cards.

The player can decide to stop even if he has movement points left, backtracking on tiles he already passed.

Players can’t cross or occupy a tile already occupied by another player.

If the tile is of the colour of the player’s field, he can choose to spend his turn studying the event, he will draw a Research Card, get 10 Research Points and remove the tile from the board (as an authority on your field there will be no need for other non-specialized scientists to research it).

If hediscovers a Research Tile of a different field from his own, he will earn 1 Research Point just for passing on top of it and it will be left face up on the board..

If the player has in his party different scientists,he can spend a turn researching and he willearn 5 Research Points. He will not draw a Research Card. Even in this case, the tile will be left face up on the board.

Tiles already explored by a player won’t give him additional points if he backtracks on them.

During your game experience you may step on a Hazard Tile. The players can avoid some of them with the proper equipment (seeEquipment Cards) or suffer the consequences.

Some Hazards impose you a movement penalty, if your total movement score is 0 or negative you lose your turn.

The expedition starts in the last days of winter when the temperature is bearable, and the players still have lots of territory to explore, but it’s going to get warmer soon!The outer ice layers will start melting as the temperature rises.

When all players took their turns, the player who started the game will move the time marker one tile forward (one turn equals one week).

Time will pass turn after turn: after 2 months the outer layer of the Antarctic represented on the boardwill melt, and after 4 months the inner layer will melt.

Molten ice is dangerous and difficult to cross, imposing a -1 penalty to movement on one’s dice roll when hestarts or attempts to cross those tiles.

The player will find mountain ranges in Antartica’s mainland, this imposes a -1 penalty to movement on his dice roll when hestarts or attempts to cross those tiles.

Rush to the South Pole

Onceall 6 Research Cards of your fieldhavebeenfound, the player must race to reach the Amunden-Scott base at the centre of the South Pole to finish theirexpedition and publish his findings.

Reaching the South Pole first willgive the player a bonus of 15 points.

Reaching the South Pole second will give the player a bonus of 10 points.

Reaching the South Pole third will give the player a bonus of 5 points.

Conclusion of the game

The player who first reaches the Centre of the South Pole after having found all 6 of his goals, concludes the game.

The playing time limit is determined in passing the turns as the months pass.

You win by having the most Research Points at the end of the 6 months of the expedition.

Every Research Card of a differentinterest from the player’s field thathas been found is 5 Research Points.

Players can earn additional points if they own Equipment Cards that allow it. 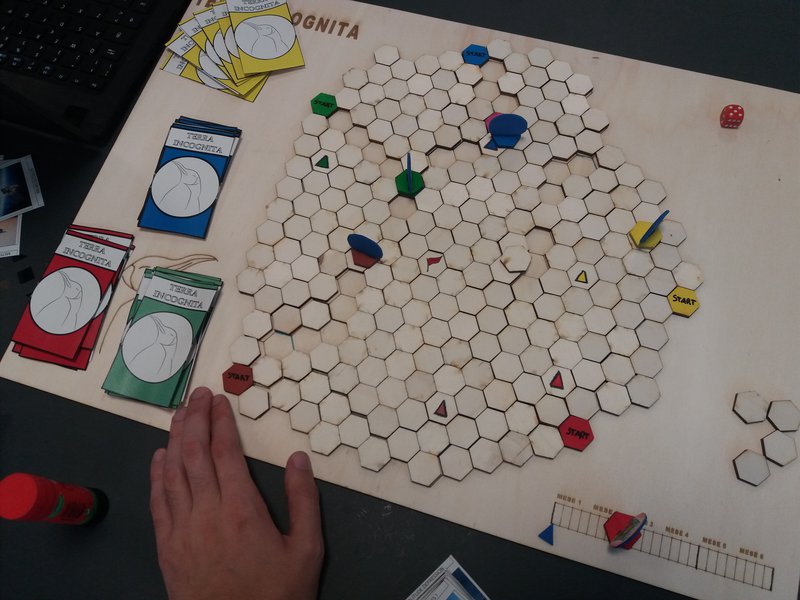 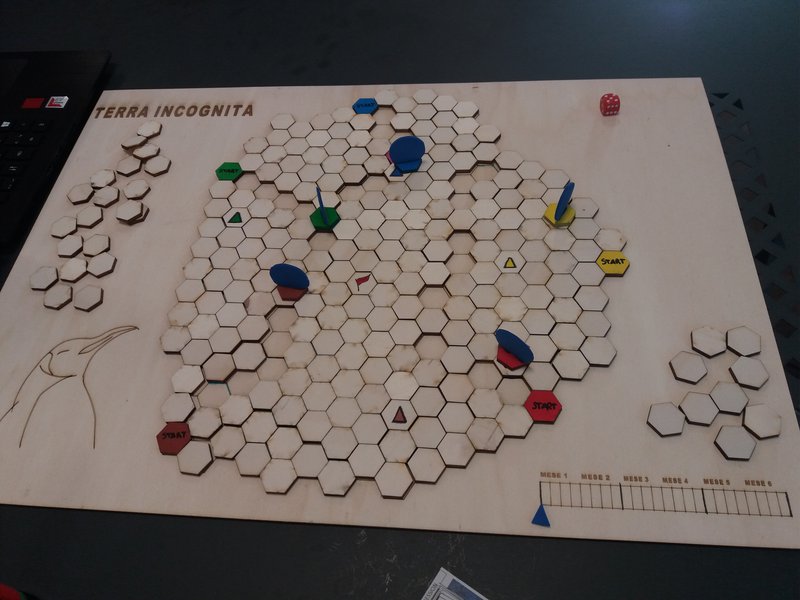 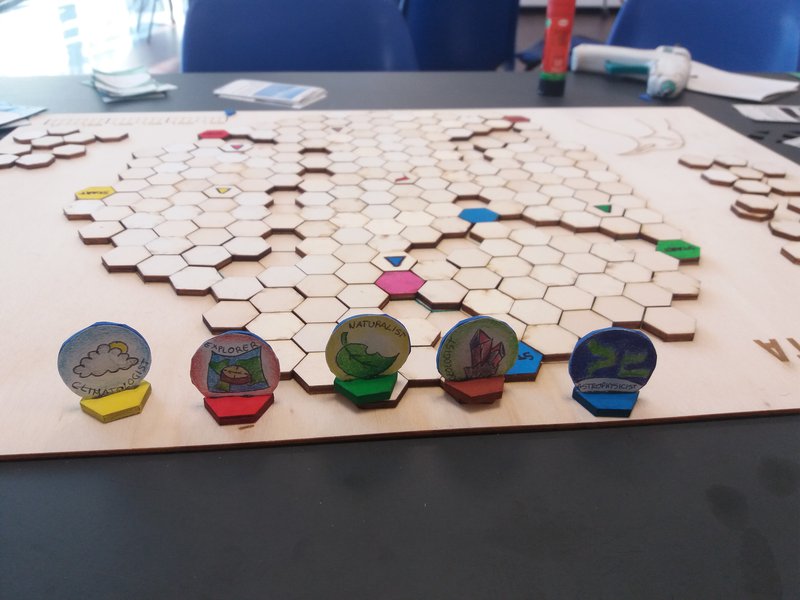 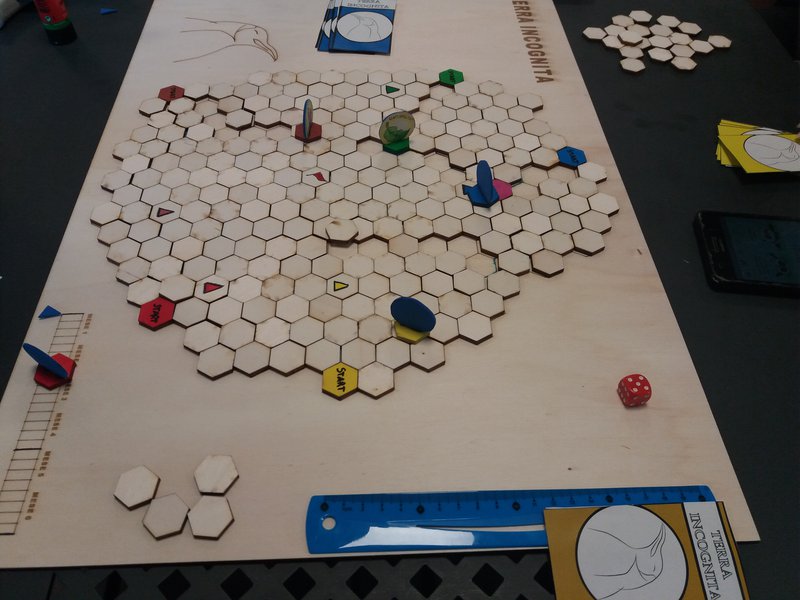