W-Mars | Make Sense Out of Mars 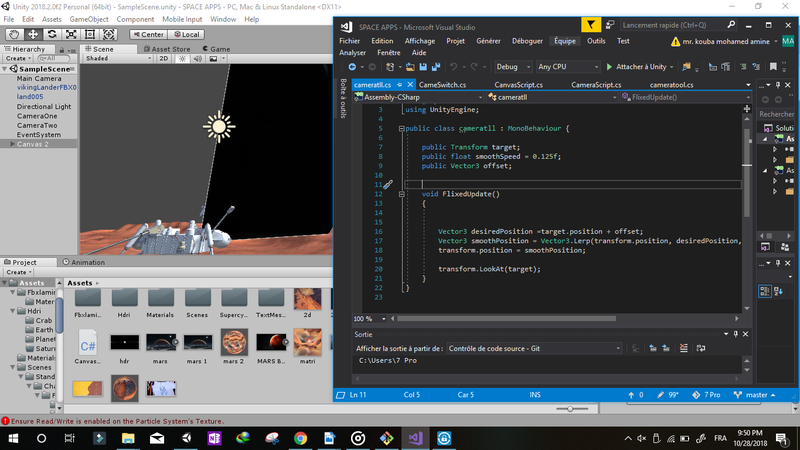 writing the Smooth Camera's code which is considered as a hard object to manipulate in the VR games , using a special function for the rotation and for the position's changes ( written in Csharp) . 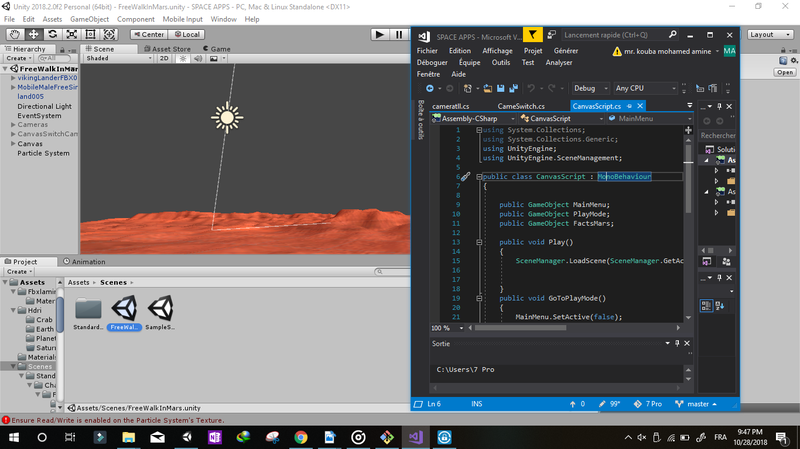 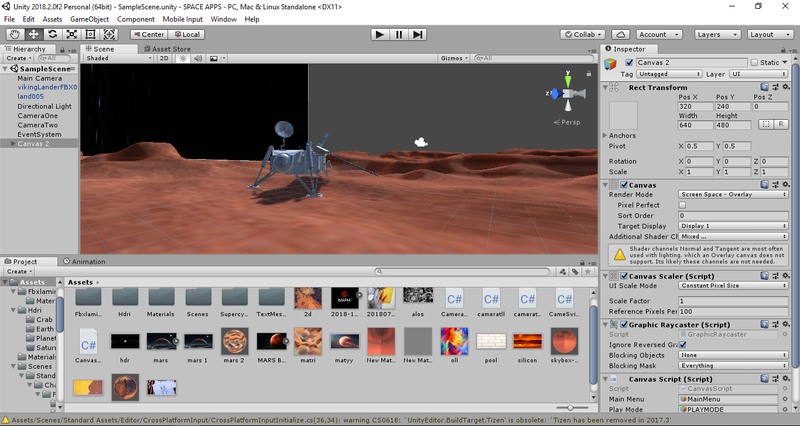 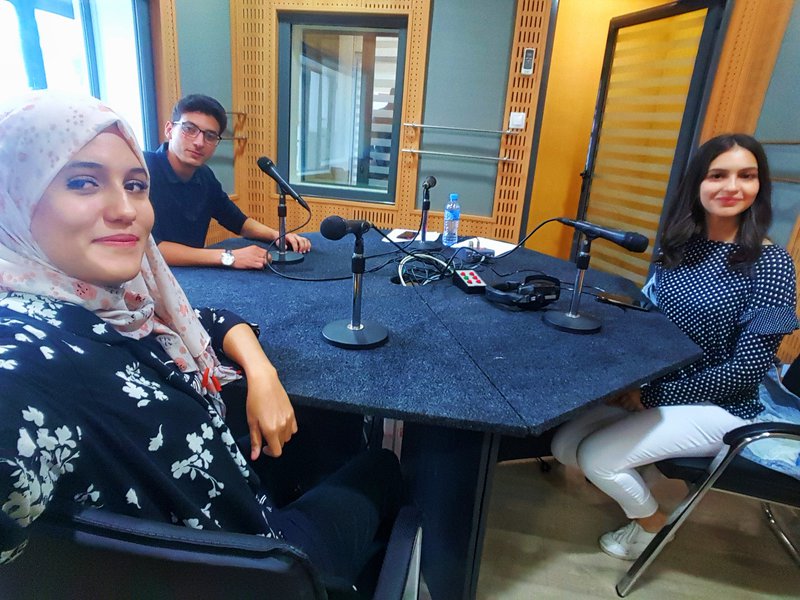 The team promoted the Nasa Space Apps Challenge on the local radio ! 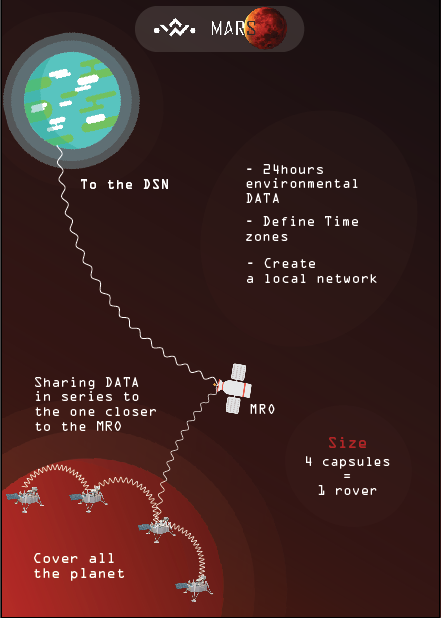 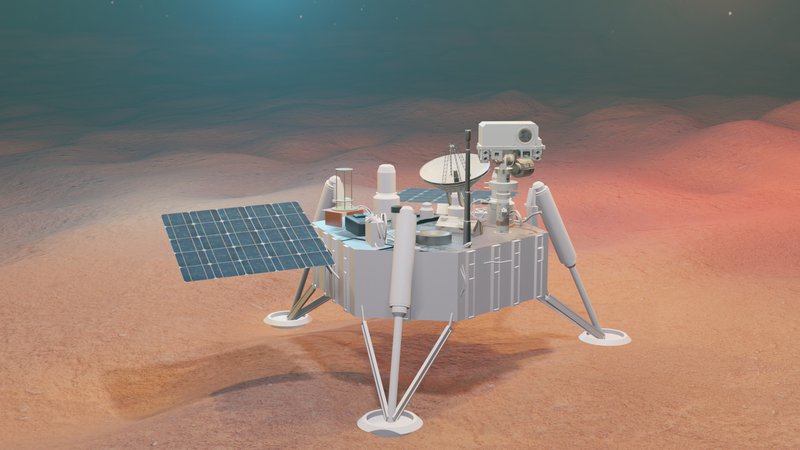 This is our new lander design! 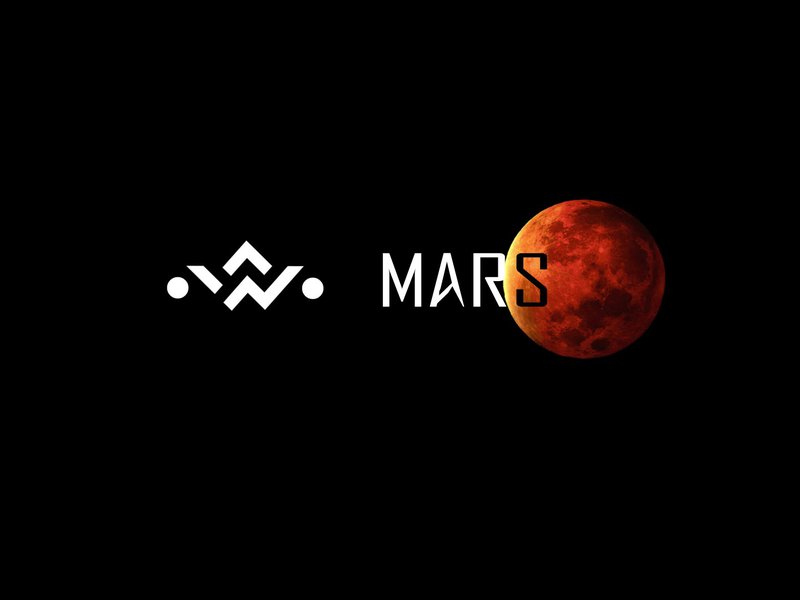 W-Mars Logo , The Two circles beside the "W" represent the two moons of mars . 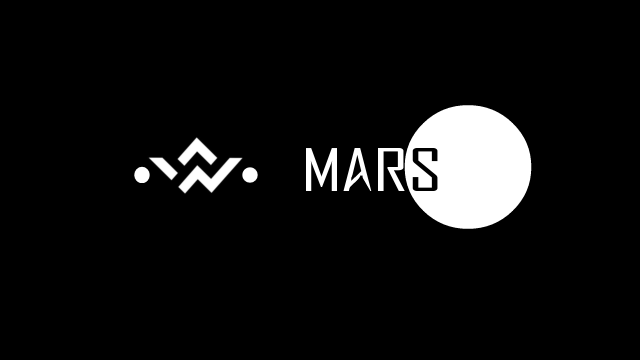 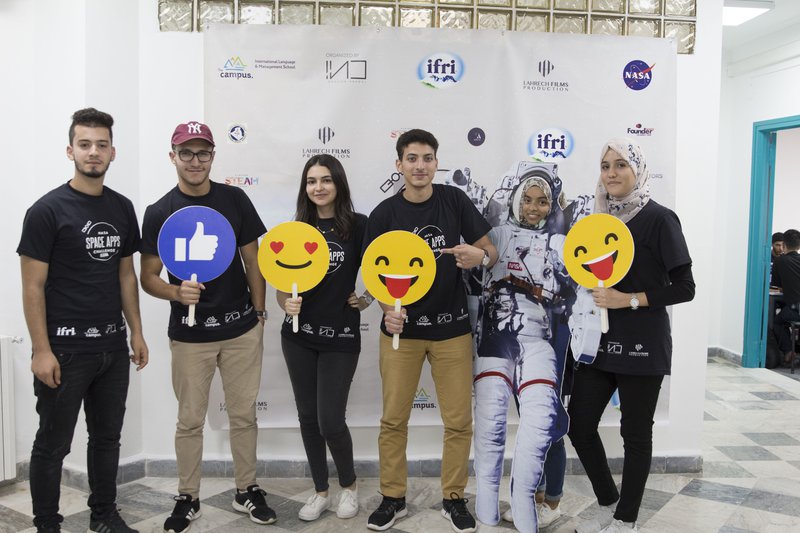 This is us, the W-MARS team!

To establish a local network on Mars, we have chosen the following method, similar to cellular networks on Earth:

Each time the MRO (Mars Reconnaissance Orbiter) gets near a capsule, radio frequency will be used to collect the data in series from each capsule. Once the MRO has all our Mars investigation results, it transmits them to the DSN (deep space network) on Earth to analyze the Martian Environment.

The team chose the following list of sensors from the NASA resource "Remote Sensors": 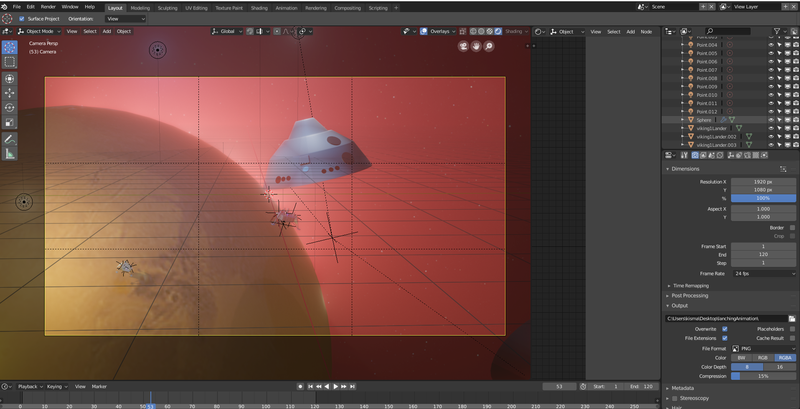 Look at a caption of our concepted video !