W-Mars | Make Sense Out of Mars

W-Mars has received the following awards and nominations. Way to go!

To solve the challenge "Making Sense Out Of Mars", we created W-MARS. Our aim is to provide environmental data of Mars and install a local network. Our product consists of deploying many capsules by aeroshells on fixed locations around the Red planet. 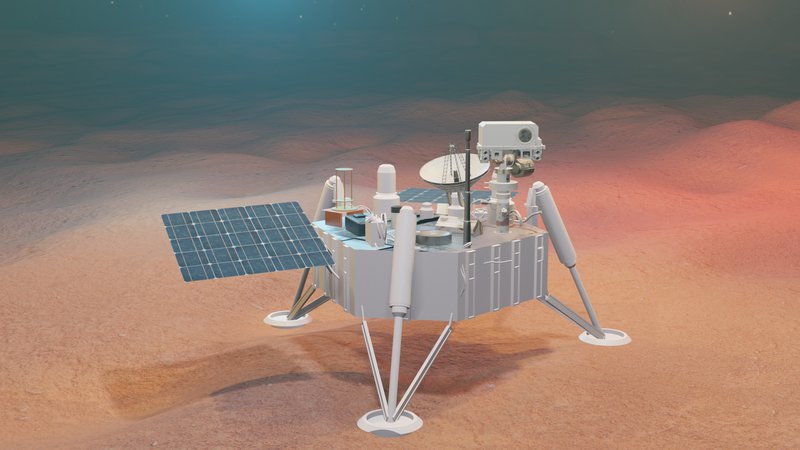 The purpose of the challenge is to develop a sensor to be used by humans on Mars. To solve this challenge, “Make Sense Out Of Mars”, we created “W-Mars”. Our aim is to provide an environmental analysis of several places around Mars and establish a local network and time zones to help NASA re-engineer the Red Planet. Our product consists of fixable metallic capsules designed to be deployed by aeroshells on diverse locations on Mars. The sensors placed on the capsules will allow them to collect data about several parameters: atmosphere, soil, core and ancient life. This data will be exchanged between the capsules and transferred to Earth for future investigations. On Earth, the light data will be analysed by NASA to set martian time zones, whereas the images will be used on the Mars Educational app to provide a VR simulation for the public.

The main objectives of our product are:

Find below the different aspects of our project:

Even if Mars is devoid of past or present life, however, there's still much excitement on the horizon. We ourselves might become the "life on Mars". Meanwhile, we still have a lot to learn about this amazing planet and its extreme environments.

W-MARS uses different capsules that seek to understand whether Mars was, is, or can be, a habitable world. To find out, we equip our capsules with different sensors to get the maximum of data from Mars’ environment.

In addition to nano and micro sensors, we employ NASA technologies used in Curiosity rover

W-MARS aims to install its unique local network that allows the capsules to exchange the data gathered from the sensors and send it to the Mars Reconnaissance Orbiter (MRO) that sends it, in its turn, to the Deep Space Network (DSN) on Earth.

The capsules are equipped with UHF antennas, which are close-range antennas that are like walkie-talkies compared to the long range of low-gain and high-gain antennas and also with multiple access:

Once the MRO gets near a capsule, it receives the collected data with the help of UHF antennas and transmits them to the DSN using X-band radio, which are radio waves at a much higher frequency than radio waves used for FM stations.

Time organisation is a basic need for the human life and it is critical to know when the next season is coming and allow humans on Mars to adapt to the succession of months .To achieve that, Several conventions has been set by NASA spacecrafts to keep track of the Local Solar Time (LCT) such that hours, minutes and seconds on Mars are 2.7% larger than their equivalent on Earth.

Similar to time-keeping on Earth, Michael Allison tracked the movement of the sun accross the Martian sky with the use of MER pathfinders to define the local solar time. W-MARS complements this method and defines time zones using the light sensors data gathered from every capsule around Mars. To acquire an evenly advancing time, the data is compared to the Local Solar Time on the prime meridian MTC in order to define the difference in hours, minutes and seconds in propotion to their distance from the MTC .

All these previous tools allow us to investigate Mars but it wouldn't be useful if we do not share the results with the next generations' scientists and future astronauts and inspire awe in them. The Mars Educational App allows the users to discover the Red planet through a VR experience. Its different options are explained below: 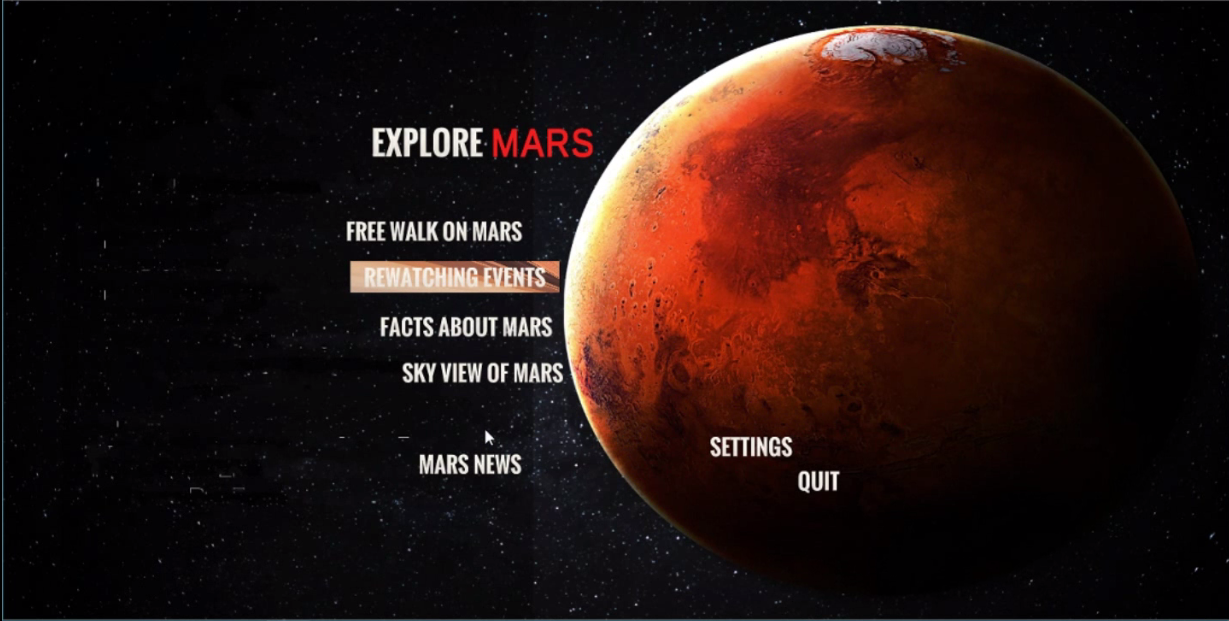 Use of NASA resources