Man's best friend evolves for the Final Frontier. RED Rover is a robotic dog that detects emotional and mental changes in its user on Mars. As mobile tools are limited, the Rover follows its user, providing health, weather, communicative utility and more. 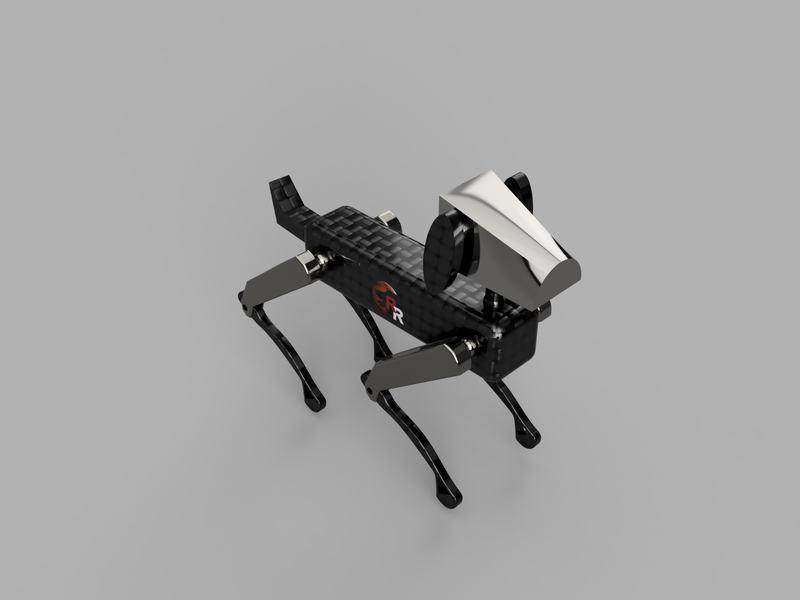 In today's fast-paced world, technology and productivity tend to take an empowering precedence throughout society. This often leaves the mind, body, and soul overlooked in lieu of scientific advancement. The RED Rover exists to bridge the boundaries between technology and health.

As dogs have aided humans for thousands of years, it is only inevitable to have man's best friend to accompany us in our pursuit towards the Final Frontier. The premise of the RED Rover is to serve as a companion for its user on an otherwise lonely journey in Mars.

For the purpose of demonstration, the team assembled the RED Rover concept dog as its constituent units: the Companion model, the Utility model, and the Docking Operations Global Housing Observatory Unit System Environment (DOG HOUSE). The Companion model serves to follow its user throughout its Martian household, equipped with several cameras to observe mental health behavior such as posture angle. The Utility model is designed to follow its user for its Martian expeditions, such as using powerful servos and LiDar to navigate the harsh terrain in Mars. The DOG HOUSE ties the two units together as a localized means of communicating the user profile data between the two systems, integrating the data environment into one. This user data can be shared with associated trained professionals on earth to further diagnose the overall well-being of the user.

In the product demonstration, the team assembled a mechanized robotic dog that performs basic functions such as walking and dancing. This was adapted from a children's toy base with several sensors such as a mounted camera and thermocouples to sense temperature. The DOG HOUSE was based on an industry-level weather station and localized power bank as used in harsh desert environments for automotive testing. This is analogous to the extreme weather fluctuations as experienced in Mars.

The RED Rover project also features its company website: www.readytorover.com and includes its product launch video. Please visit the site to view more content, as well as our mission and efforts towards the inevitable expansion towards space.

Although space is vast, we are not alone in our endeavors.