Sylar has received the following awards and nominations. Way to go!

Inspired by the internal structure of the human skin we have tried to make proprioceptive the TPS' tiles. When an impact breaks the borosilicate cover, it breaks the resistance wire placed immediately under it, opening the circuit and triggering the alarm 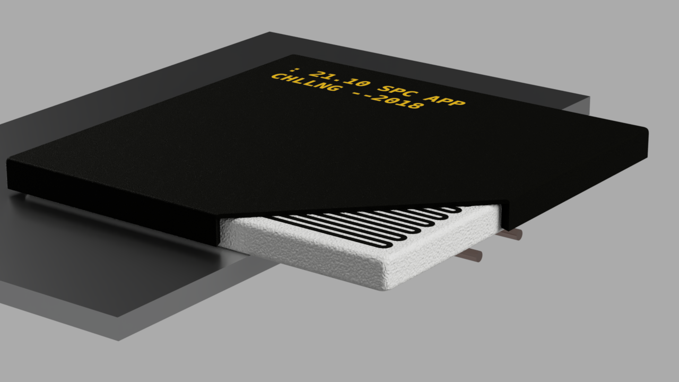 Let's start by defining some premises for a better understanding of the situations that we will analyze in this presentation.

The challenge is to optimize the development of an extravehicular flying object inspired by the natural world, which must be able to inspect the external structure of a spacecraft (e.g. Space Shuttle) in the quickest and most effective way.

According to the latest products produced, the thermoprotective ceramic coating has three characteristics:

At the moment one of the most effective methods to inspect the vehicle is the use of a robotic arm called the Orbiter Boom Sensor System, at the end of which there is a series of inspection instruments. Alternatively, once in the vicinity of the International Space Station, the crew performs a rendezvous pitch maneuver, so that you can take high-resolution photographs of the heat shield. The ambition (goal) of our project is to provide a new tool for mapping the damage caused by MM ODs (Micro-Meteoroid and Orbital Debris) in order to optimize the flight plan of the Free-Flyer inspection/repair module.


If we think of what is the "hardware" instrumentation that the human body uses to locate a critical area like a wound, we must necessarily lead back to a structure similar to our skin. Divided using the fractal method, each of its epithelial cells is organized into tissues, which are arranged to form the skin - the largest organ of our body.
In the same way, the nervous tissue that comes out of it is arranged in bundles that become axons. These finally run along the spine in order to reach the central nervous system more quickly and efficiently, responsible for processing the data.

Among the various functions of the skin we recall the most significant:


It is usually divided into:
SKIN – Sensitive Kinetic Intelligent Net
As seen in the introduction, the Space Shuttle uses a thermal protection module consisting of individual cells, divided in:
From now on we are going to consider these two layers assimilated to the Dermis and Epidermis of S.K.I.N.
Leaving the shield as designed, it already provides two of the three main functions of the skin:
The goal is to implement a sensory capture method on HRSI tiles, without changing the fundamental structure of the shield or fuselage, making sure not to damage the main structure, and adding less weight possible to the vehicle.
The construction of the electrical system at the base of the project will also take into account the beam structure of the Central Nervous System , to optimize the transfer of information.


The fundamental element of construction, similar to the SKIN cell, is externally and structurally very similar to HRSI. In this way we will not change the fixing procedure and the anatomy of the fuselage.


However, adding a few simple elements we can make our tile "nociceptive ", able to detect every small trumatic event that involves its epidermis .
The damage detection mechanism works as follows:

A coil like the one shown in the figure is placed at the interface between the foam and the borosilicate coating. It represents the resistance of an RLC circuit designed to be closed and oscillating.

Following an impact phenomenon the continuity of the track is interrupted by opening the circuit and triggering the alarm signal.
We took inspiration from the functioning of the animal epidermis in the form of free nerve endings : following a damage to the cortical surface, the penetration into the dermis of an external compotent stimulates or damages these terminations by sending a danger pulse first to the cerebellum (to activate the reflected arc) then to the brain to process the data of the event just happened.