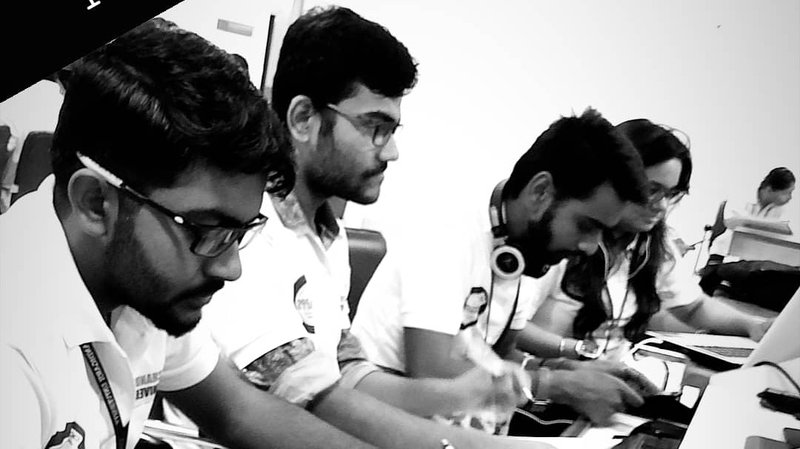 "A leech While sucking blood it imposes the hormone to the skin which acts as a local anesthesia.. Now think about the reverse of this process ."

Let's think of a process where the surface will be already local anesthetic. (The spacecrafts body) and the sensor will be there to sense any sort of changes.The change is the feeble electromagnetic waves which are always present in space, and we will be using EMW sensor to detect the flux difference in reading beyond the safety range will be the point where there is a chance of getting a MMOD created defect on the surface of spacecraft. With randomisation programs and stimulation,we detected that the sensor's safe range is between 60%-70% . Beyond this range means MMOD is considered to be detected if the sensor is placed inside the spacecraft, which will be our future projects for more distant missions from Earth. And for the present modules we will be having a free flyer like Astrobee, equipped with leech technology , inverse technology which will detect the range below 60%,which will be considered as MMOD struck surface.

For this, the Astrobee & SPHERE will be modified with certain coding and one sensor into which (LT) ^(-1) . Since Astrobee is prepared accordingly to space exposer, it can be sent outside of the pressured chamber but still it will circulate inside the spacecraft for defects in metal and whenever it will detect a deviation, it can repair that spot instantly without any help of astronaut outboard, since it has a mechanical arm and a camera attached.. Note : The reason we are not using the camera at beginning to detect the defects in the spacecraft is just because we can hold a numerical value in 2bytes rather than using a photograph of 140400 bytes (780*180 resolution) this it will decrease the load of reverse by 98.89%!!!!!

Challenges faced Astronauts had a problem to detect MMOD places on space ships. Solution The sensors which we are designing has proper coordinates for the space craft. So, if the MMOD affects at a particular place of space craft, sensor will detect the place and the coordinates will be marked on a map via which we can immediately refer to that place. Where to place sensor It was a tough decision, as if we place our sensor on outer layer, MMOD can damage the sensor, therefore we put it into the whipping layer 2 (after karvel layer ) so that the impact of MMOD can't affect the sensor but if we place it farther than this point, it will shows efficiency in catching the EMW Rim cover Previously we were covering the rim with aluminium foil for increasing the signal catching act, but due to the surface of space craft which is a metal packing it with another metal which develops a metal cavity and EMW weren't detect in that region. Thus we replaced it with same gel which will not only provided the solution for the problem but also gave more efficient results than previous data.