Project_SAM | Invent Your Own Challenge

Using an interconnected and mutually guided swarm of quad to build a strong base for numerous operations, as #landingDeck for rescue copters at uncertain terrains, #SwarmBridges, #CuriosityRover_cross, etcetera, etcetera. 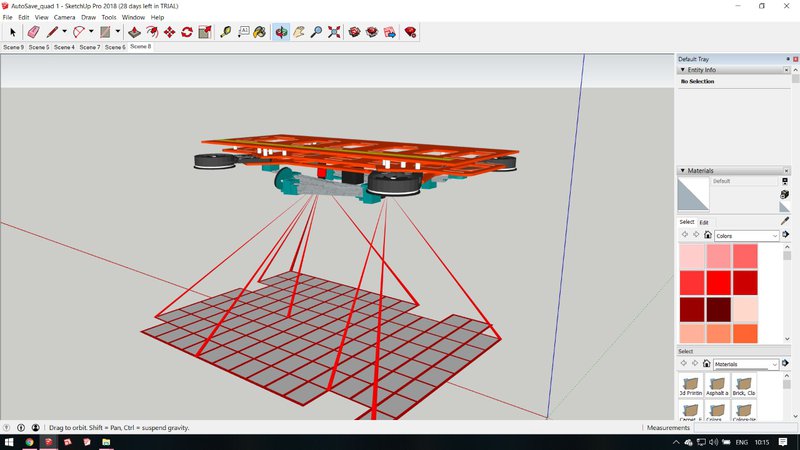 and, how we came up to this possible solution.

The idea of theSwarm came to existence or we could say we needed something similar after the June 2013's Kedarnath flash flood disaster, we witnessed some of most drastic events of our time.

the most shocking thing to us was that not only that the civilians present at the scenario were affected, but also the people up for rescue died that too during rescuing affected. Reason being absence or inoperability of flat landing deck for the rescue helicopters, due to flood landing decks were distroyed and as is kedarnath, an area of uneven terrain, there were little to none space to even hover above the place.

Using an interconnected and mutually guided swarm of quads to build a strong base for numerous operations, as #landingDeck for rescue copters at uncertain terrains, #SwarmBridges, #CuriosityRover_cross.

there are two laser grid emmiters at the bottom of each quad, facing downwars.

First, one quad moves and projects a gid of laser light on the terrain, and one camera captures that image and compares the apparent size of each square on the gid to the size of the squares of the taken image, to calculate the distance from each expandable legs of the quad.

Second, then according to the calculated distance each legs kicks out to required length and form leveled quad on that surface.

Third, first bot give informations like its location surrounding terrain to other bots, which then settle aside the first one and form a sizeable platform for landing.

same swarm could be used as bridge to cross certain troughs on martian surface by Curiosity Rover.