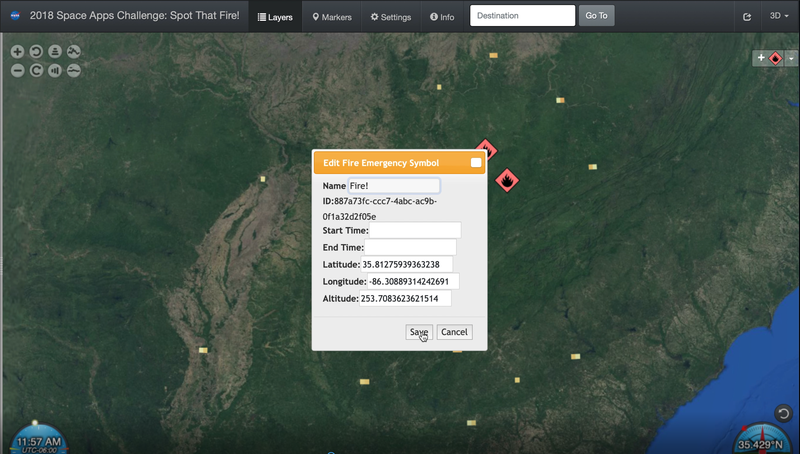 HotSpot is a crowd source fire detection system using NASA World Wind. HotSpot allows a user to place a marker where a fire has started and records the geo-location of the fire. The app also shows the user locations of reported fires from information gathered by NASA.

This tool could give authorities advanced warning about fires and allow them to respond more quickly. With the ability for anyone to immediately record the location of a fire when they see it, fire fighters can more accurately respond to the situation before it gets out of hand.

With the limited timeframe the project currently is limited to only existing nasa data and user added data. Future additions could include a variety of features including:

We are a college/professional team