Integration of the current information from NASA satellites with data submitted by people to have a faster detection of wildfires and alert people near them. 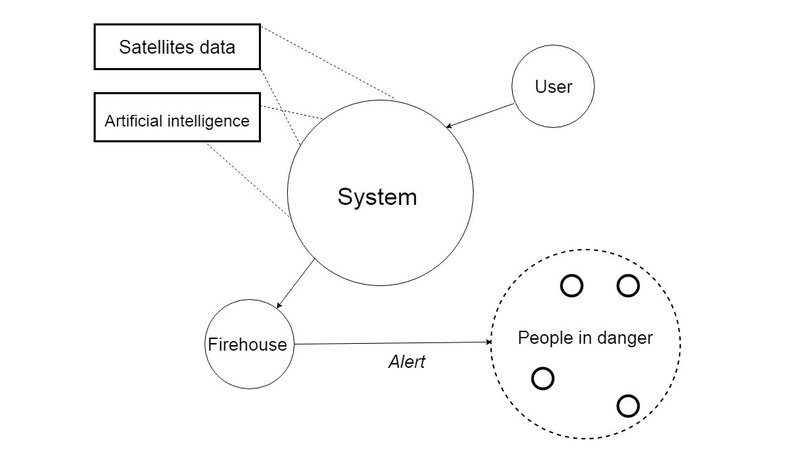 We are building a web app that allows a user to anonymously report a fire nearby, to see all fires detected by NASA MODIS satellite in the last 24 hours and fires reported by other users.

All reports will be filtered by an AI and then stored.

On another side a fire station checks all the reports that pass the filter and can send an alert to people in a dangerous area.

Server side we are using Node.js.

We are using heroku to host our web app.

We are using open street map to visualize the data on a map.

We are using Clarifai to do image recognition to filter our fire reports.

To be able to reach people and notify people without an app we are building a social media infrastructure made of a messanger bot on a facebook page, and a telegram bot.

SOCIAL MEDIA INTEGRATION
We want to have a bot with the following features:
This is possible thanks to the Telegram and Facebook APIs that allow to make HTTP requests.
We also would like to have a Telegram channel that periodically sends news about most dangerous fires in the world.

What we can do right now:

What would be good to have (but we don't have in our prototype, yet):

- the fire station side is left as jut an idea due to timing.

- a database to store reports to build up new datasets