College - Spot that fire! - Burn Notice is a project that aims to take crowd-sourced wildfire locations from social media sources 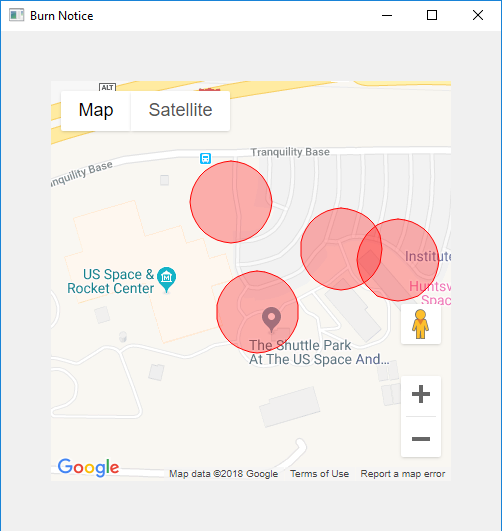 We wanted to use pre-existing social media websites. 1. Would reduce the time of implementation and the complexity of the project. 2. Using the pre-existing networks adds another layer of user validation. 3. It is more convenient for users to report wildfires rather than setting up a new account or downloading a new app. From that we scraped the reported data to display it on a map. We would have liked to implement a report confirmation system so our users could either confirm true reports or reject false reports, however we did not have time to implement this kind of system. One major challenge that we faced was not being able to obtain either a Facebook or Twitter API Key due to both of those companies API access restrictions. The solution to this challenge was to use reddit API to have a place for users to report data. We did this because the Reddit API was readily available. We also ran into the problem that a lot of the websites we were using removed the location metadata from the photos that were being uploaded to those sites.