Makerspace Tuzla has received the following awards and nominations. Way to go!

TBag is a sleeping bag with the function of charging a device that has the capability to store power. Using your body’s warmth and the coldness of the ground below, the device inside the bag generates power for your device(s). 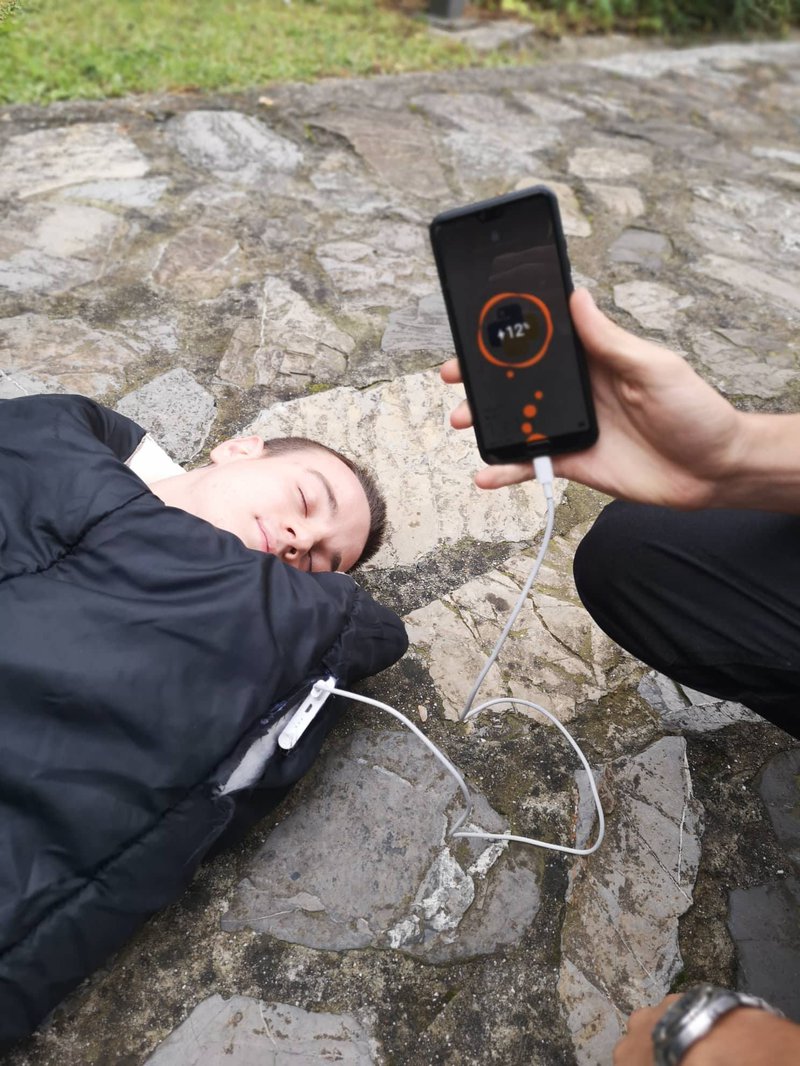 We've created a power generating sleeping bag, meant for emergency evacuations. It generates power using your body's warmth, but it can also reverse the process and heat up the sleeping bag using electricity.

Along with the bag, an app is created. Within the app you are able to create a checklist of all the items you need for your evacuation or for your trip, change the mode of the sleeping bag (generator / heater), or, by following a local news feed, the app can create a checklist for you. The app shows a notification in case of an EMERGENCY and adds required items to the checklist according to the emergency published by the news feed.

This part converts thermal to electrical energy, and vice versa.

Peltier elements are usually used only in scientific devices. They are a common component in thermal cyclers, but also this effect is used in space by NASA (satellites, spacecrafts and rovers, including the Curiosity Mars rover).

When we chose this element as our key resource we've found out that it has greater efficiency than solar panels, and that it can supercharge your phone if you achieve the temperature difference of 25°C. Since it is very cheap, we applied this technology to our idea, and created TBag.

We are the team of six high school students who founded and opened second Makerspace in our country, that's how we got our name... Besides that makerspace, we have many accomplishments, including:

There are many more accomplishments but the biggest one is us, as a team, because every single one of us is amazing by himself, but we combined that in one team to become one bright star in dark sky of Bosnia and Herzegovina.

Here you can find more about us!