Exceed | Don’t Forget the Can Opener!

Exceed has received the following awards and nominations. Way to go!

VR game puts you in virtually disaster and gives you the chance to know how should you prepare and act in this situation,after finishing any level the game will give you a feedback for your actions either it's right or wrong,and a hint if had wrong action. 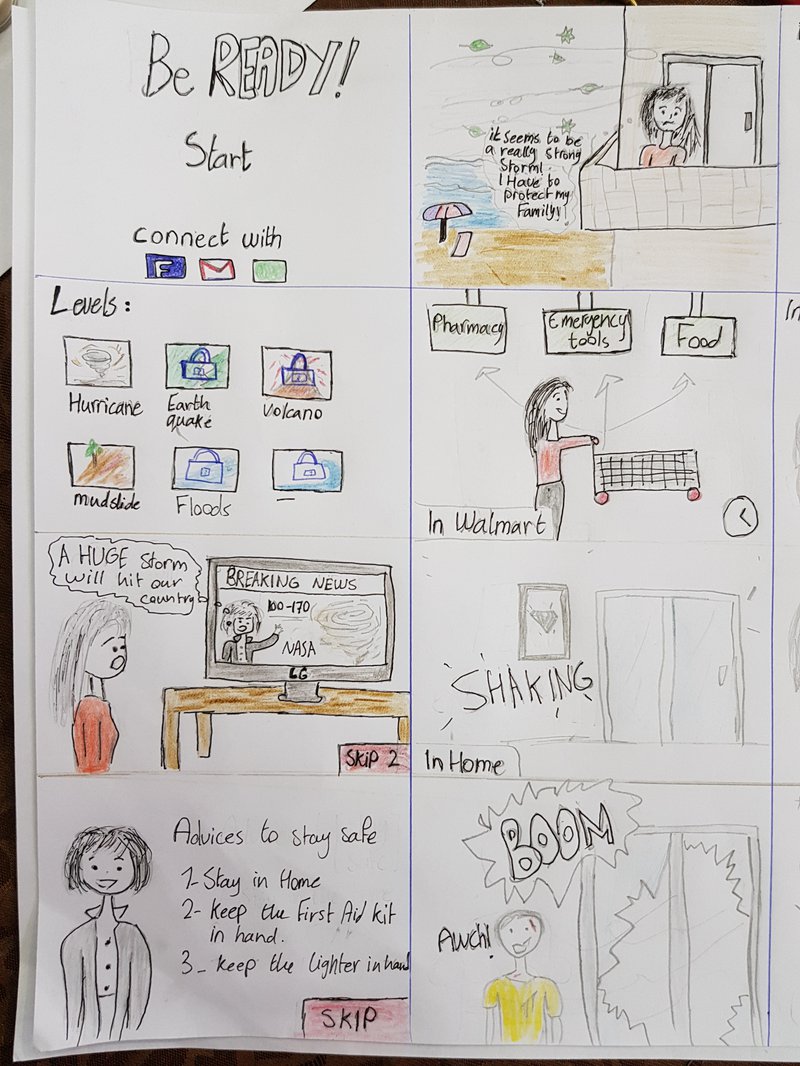 We made a VR game provides a chance to the players to be virtually in the disaster situation to prepare themselves so they can face any disaster that will appear to them in their really lives .

First , the player go in a main screen contains start and sittings button so when the start button pressed , another screen that contains many disasters ( like hurricane , flood , snow storms , etc ) appear . so , the players choose any disaster they want and the experience will start .

When the players choose the disaster ( hurricane ) , the first thing will appear is a video for a person while he was watching a news that talks about a disaster (hurricane) maybe it talks about similar disaster happened near them , an expected disaster or only they mentioned risks . We put here a – skip button – so the players can skip the video and go to the next step ( but maybe they will skip the video without know the things that will help them in the next steps so then lose ) .

After watching the video , the players should conclude things that will help them to prepare for the disaster . Then , they will go to another step which is to buy or prepare things in their home to face the disaster when it happen .

After that , our game give a chance to the players to test their preparation by put them in the same situation like the one they saw in the video .

This test is : when the player prepare all things and stay in their homes , a strong wind will happen outside so the players should go to the place which prepared and we in our game give them many situations that will face them when they try to protect themselves and then to see if they can skip all these tests or to fail in some of them .

1-Add scenes that suits all ages .

2- Add many disasters that may face in our lives .

3- The possibility of competition with others in social media .

4- Add feature that allows players to give a suggestion for a new disaster or for a new preparation for an existed one .

7- Connect the characters with bitmoji system .