Alpha Solution is a system designed to decrease casualties in disasters, by alerting the population that is inside a dangerous zone, and informing them about ways to stay safe! 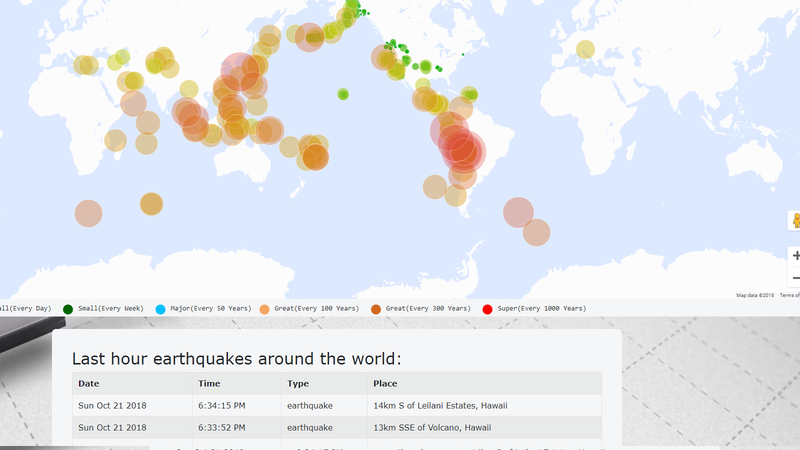 Alpha Solution is a system designed to decrease casualties in disasters, by alerting the population that is inside a dangerous zone, and informing them about ways to stay safe!

In the last 10 years, over 1.7 Billion lives are affected by disasters, 700 Thousand have died during this timespan, damages of over 1.4 Trillion dollars have been caused, in some parts of the world, where populations may be more demographically diverse, getting out earthquake-preparedness information can be challenging.

Our system is designed to use the latest disaster predictions, and using satellite communication to alert all people inside an area that will be in danger, and give a list of safety tips on what to do.

It also includes a link to our website, where people with access to the internet can see visually and precisely the disasters around them!

We extract data from National Earthquake Information Center (NEIC). NEIC is part of the Department of the Interior, U.S. Geological Survey, and it has three main missions:

1.We get the most recent data for upcoming earthquakes from NEIC

2.Our platform processes the data, and sends alert messages to the citizens of the danger zone.

3.Citizens receive the alert, and

a)All satellites communicate with Earth and vice versa through radio signals, so there would be a radio transmitter on the satellite, and that sends a signal down to a receiver on the ground.

b)Satellites communicate with Earth by using radio waves to receive and send signals to the antennas on. The antennas then capture those signals and process the information coming from those signals.

Upon receiving the data about the endangered locations, the satellites use The Personal Localized Alerting Network (PLAN) to alert all the people inside the endangered area, PLAN is a new public safety system that allows customers who own an enabled mobile device to receive geographically-targeted, text-like messages alerting them of imminent threats to safety in their area.

2.PLAN authenticates the alert, verifies that the sender is authorized, and sends it to participating wireless carriers

3.Participating wireless carriers push the alerts from cell towers to mobile phones in the affected area. The alerts appear like text messages on mobile devices.

Safety tips would contain information such as:

A link to our open-source project: https://github.com/frozen0/Alpha