LITTLE HUBBLE IN SPACE | On the Shoulders of Giants

LITTLE HUBBLE IN SPACE has received the following awards and nominations. Way to go!

Planets, asteroids, constellations and everything that we know about in the universe are often seen as something complicated, known only by experts. Why not transform it into a child’s play? 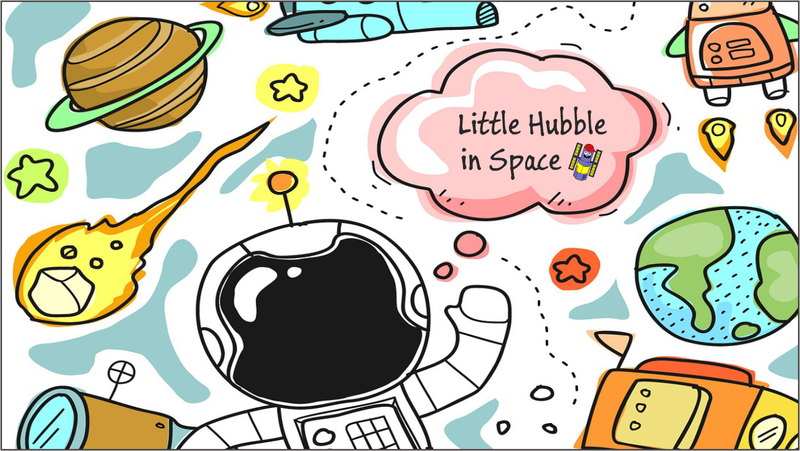 Planets, asteroids, constellations and everything that we know about in the universe are often seen as something complicated, known only by experts. Why not transform it into a child’s play? What if NASA could inspire children, in their early age, to think about the universe and to understand more about its grandiosity?

THE PROBLEM WE SOLVE

Children’s little interest and lack of stimulations about the universe and science.

Target: Children from 5 to 7 years

Core Narrative: Phases of the game are based on images from the Hubble telescope and its history, showing real pictures and therefore the beauty of reality itself.

Main gameplay: The game will consist of quests and puzzles, varying according to the planets or galaxies in question. Little Hubble will be your guide and companion.

Children know what is an astronaut. But only older people know what NASA is and that it plays an immense role in why we know what astronauts are. We bring NASA closer to children, guiding them into a deeper dive into the skies and contributing to science’s importance in the future world. We offer an interactive and fun game with also offline levels that promote learning moments in family.

We want to stimulate a deeper look at the sky, creativity, knowledge, the unknown, dreams. For it, let us encourage the best dreamers in the world: children, our future.

BONUS: Take a look at our mascot and game guide, Little Hubble: https://imgur.com/yQIbHRs

For a snip of the gameplay we presented: