Hermes: a mission to the unknown

What if we are not alone in the Universe? What if we could communicate with other species outside our solar system? Our objective is to reach them with a whole new kind of propulsion and tell our history and culture, to begin an intergalactic relationship. 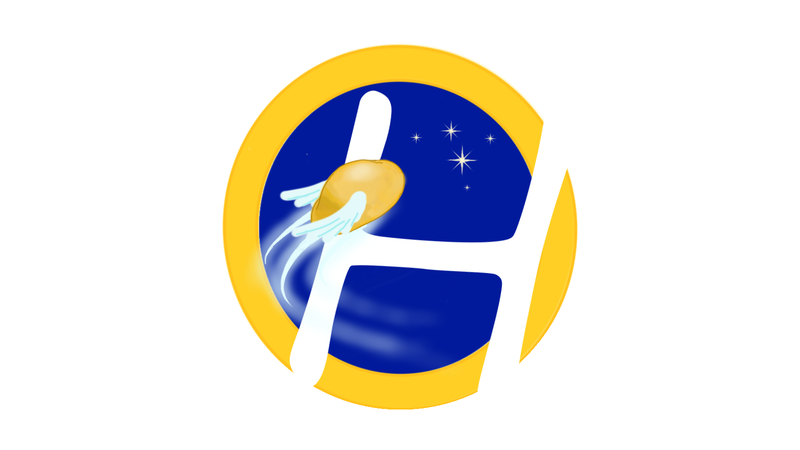 Humans have always been seduced by distance and nothing is less tangible than sky and stars. They were also afraid of it, but now, thanks to science progression they have gone further, trying to learn how universe work and trying to win their own limits going out the solar system. Humans are powered by a challenge against themselves trying to overcome their limits and create new ones, trying to fulfill their curiosity. Space has always been linked to other living entities, the possibility of extraterrestrial creatures isn’t excluded. Humans have always tried to look for new forms of life trying to communicate with them.

Basing our suppositions on recent attempts like Pioneer and Voyager missions we have found out the principal problems to take into account. We have looked for a way to make a possible message comprehensible to every type of entity, supposing the presence of some essential sense, like touch and the perception of tridimensional space. We have also thought about a new kind of propulsion completely innovative and a way to make our message recognizable in the vastness of space like radio waves at different frequencies

Our idea was to produce a project based not only on the message to send to the space, but also on the type of mission and the type of launchers. We have decided to use photonic propulsion based on the thrust given by photons emitted by lasers.

This type of propulsion is a new and innovative method that includes recent technologies. In fact lasers are being taken into account in many recent studies. This could be a test in order to try velocities comparable with light speed. It would be a complete new way of propulsion, which is propellant free. More over the materials chosen comes from recent technologies and it would be a proof of their resistance at high temperatures and also through time. It wouldn’t try only the specific part of the sail but also all the parts that link different components.

Thrust is based on the conservation of momentum, in fact even if photons are massless they carry momentum, in this way photons can produce thrust in the same way as matter can.

In this way we can find the force given to our probe, because F=Power/Light Velocity

Knowing the force given by the lasers, the velocity that our probe needs to reach in order to escape from the solar system we can find out the maximum mass of the probe and the lasers lighting period.

We have estimated also the possible mass of the system, considering the materials of the sail, the hardware and the “message” so the time capsule. In total it would be, more or less, about 2kg.

So, our data are:

We have considered an escape velocity of 18km/s in order to be sure to reach it.

More over we have considered a uniformly accelerated motion, because we can neglect the thrust lost by the use of the laser and we want to have just an estimation of data.

Thanks to all the estimations the only remaining variable is time.

Just to make sure that this data could be applied to real uses, we have looked the production cost of electrical energy, finding an amount of 100000$, which is very reasonable considering the total prices for space missions.

So, as a final resume:

The complete probe, including the sail would be send to the space thanks to vectors used for other mission, because it would be a waste to use a single vector for a payload of only 2kg. Then, once it is in the space, it is hit by the light array and it starts to be accelerated following the laws explained previously.

The idea is to create a probe composed of few different parts. The system is composed by a central core in which most of the parts are attached. At the beginning during the launch inside the vector all the sails are closed and they incorporate the capsule that contains the message system. Once they are in the space and come out the vector, the sails are spread out and they start to propel the system thanks to the light arrays. Once the right escape velocity it’s reached, so after 33 hours more or less, they detach thanks to explosive bolts. Now, the only remaining parts are the message plate made in titanium, the communication system (antenna and audio-visual system) and the case in graphene, which has a curved shape, similar to a bullet. We have chosen this shape for the graphene part because it allows the probe to redirect small debris that could be cause of damage of the whole system. Its purpose is mainly defensive. The central core is stuck inside the graphene part, and it has reliefs on it, which are a part of the message, and are used also to show the message contained in the capsule. Inside the “bullet” there is all the system containing the message, which is audiovisual.

More over outside the capsule there will be solar panels that have the job to store solar energy. Then an antenna is connected to the solar panels and it sends radio waves in order to make the system recognizable. In fact if the probe get closer to a star, the energy increases and so the frequency of the waves, improving the recovery possibilities of the probe because all these changes could be recognized.

The probe is provided also of an internal storage connected to the audiovisual device to hold hundreds of terabytes of data. The whole hardware is put in vacuum to prevent minor damages such as chemical or magnetic ones.

Our system is composed basically of 3 principal materials.

Then the case is made of graphene, another material resistant to high temperatures and lightweight.

In order to try to avoid gravitational interferences made by Jupiter and Mars, and also the Trojan asteroids and Hilda asteroids family we have to choose the right launch period.

It's now time to consider the real core of our project, the aim for which the previous estimate was needed. What should we store in the capsule? Which information should we convey related to human kind?

The screen we proposed has been chosen in order to interact with touch in the first place. However, if we suppose the interacting civilization to hear and to see, then the possibility to communicate with them is exponentially increased. A problem rises at this point: who can assure us that who will find the message sees and hears exactly as we do? For a better explanation just think of our planet: dolphins and other mammals are able to 'echolocationize' through ultrasound; several bird predators detect movement from miles of distance. Similarly, we should assume that the addressee's visible wavelength might extend to a shorter or a larger range compared to ours. The same logic can be adopted speaking of sound waves and the way their system receives it.

Consequently, we might consider the way in which we communicate from a different point of view. Instead of giving a series of codes or symbols in order to let them understand us, shouldn't we focus on which tools we use to interpret the Universe? This means to sacrifice the intel related to the 'translation' of our message. This thesis is even reinforced if we think that if the civilization will be able to detect our message, it will probably have enough knowledge to comprehend it too.

Unlike previous missions, what we want to convey to the founder of the capsule is a sort of history of how we evolved, i.e. to imprint a sense of change. To fulfill this, the images are to be presented in a chronological order. Furthermore, we might consider presenting the artistic and the musical material at the same time.

There will be inserts of daily life to show our needs and our habits, plus some pictures of forests, cities, mountains, seas, everything that reconnects to planet Earth and the environment in which we live in.

Audiovisual system will give explanations about: