DPK-Moongroupé | Mission to the Moon!

DPK-Moongroupé has received the following awards and nominations. Way to go!

Far Side Project is an ambitious endeavor to gather greater amounts of data from the far side of the Moon and more specifically - Mare Moscoviense. 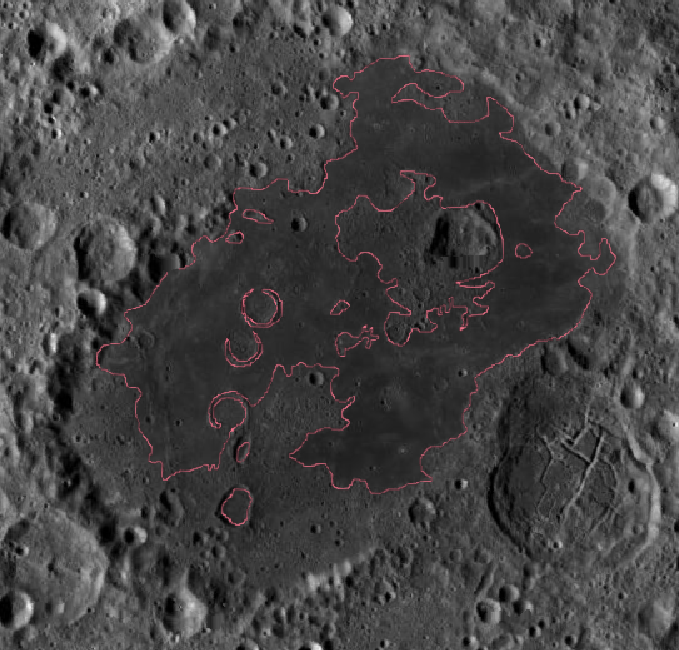 The Far Side Project

Throughout the centuries, mankind has been fascinated by the Moon. From poetry to religion, for as long as we have existed as a human race, our only natural satellite has helped us shape our vision of the world we live in.(For example, inspiring Newton himself to describe the gravitational forces)

But there is still a lot more to be learned and many mysteries to be solved. The objective of our team is to plan a challenging mission to the Moon that will broaden our horizons and our current understanding of the world as we know it.

Our mission objective is to land a rover using a lander on the far side of the Moon. For clarity we will divide our plan into several parts:

1. The satellite (with which to communicate with the rover and the lander)

2. Landing site and landing of the lander and the rover

3. Construction of the lander

4. Construction of the rover

Our goal is to land our rover and lander couple on the far side of the Moon. Why there exactly will be further discussed later on in the plan. The problem with this idea, however, is that in order to control our lander and rover, as well as receive information from them, we would need additional satellites that would transfer the data between the rover and Earth. One way to achieve this would be to have up to three or four satellites orbiting the Moon, but this is not very cost effective. Our take on this is very simple, yet elegant. Our plan is to have a satellite in the second Lagrangian point of the Earth-Moon system. By calculating the visible angular diameter of the Moon and Earth from that point we can see, that the Earth will be fully covered by the Moon. But what we are after is not the visible angular diameter of the Earth, but that of the satellites orbiting it. By making some calculations we can see that the satellites orbiting the Earth will be visible from the second Lagrangian point, thus enabling the communication between the Earth and the lunar couple through two satellites, one orbiting the Earth and the other in the second Lagrangian point.

2. Landing site and landing of the lunar couple

After our satellite is in place, the rover and the lander will also be launched. The real questions are where and how will they land. Let’s begin with the first one - the location of the landing site.

After extensive research for potential landing spots, we now have our sights on Mare Moscoviense - a great lunar mare located on the far side of the Moon. There have been numerous missions that have studied the near side of the moon, but there have been none that have dared to venture into the far side. No spacecraft has landed there before. This is why we believe that there are a lot of questions that can be answered by exploring it. Questions that deal with the origins of the Moon, as well as seismic activity, among many other things. This all, of course, poses great challenges. Not only because this side of the Moon faces ever away from the Earth, but also because the terrain there is far from rover- and lander-friendly. Here Mare Moscoviense comes to the rescue, being one of the only places on the far side free of rough geological features like steep crater walls and sharp peaks. This mare is like an oasis of flat basaltic plains. This is because of its volcanic origins. Not only that, but there is an abundance of iron, titan, olivine, thorium and helium-3, as well as the possible presence of water ice. It is of incredible importance to study these deposits, for they may hold the key to the future colonization of the Moon. Thorium and helium-3 could be used as power sources for future lunar bases. Exploring the water deposits can also lay the basis for the future exploitation of the Moon’s resources. Landing on a place like Mare Moscoviense can potentially give us the opportunity to examine up close the harvesting potential of these materials. And maybe by exploring the Moon we can learn things that could be put to great use here on Earth.

The first component will be the lander. It has more than one purpose. The first one is pretty straightforward - to safely land itself on and deliver the rover to the lunar surface. It will be equipped with four liquid-propellant rocket engines, powered by Aerozine 50 as fuel and dinitrogen tetroxide as oxidizer. After landing (hopefully safely) it will be able to explore and study the lunar surface by using a wide variety of instruments:

Our rover is designed to be light and very maneuverable. That is why most of the instruments are located on the lander. But nonetheless, the rover will also have a crucial role in the exploration of Mare Moscoviense.

Our rover will be able to operate a highly maneuverable robotic arm that is equipped with:

Now let’s have a look at some of the other instruments and gadgets that are not located in the robotic arm:

By working together, the lander and rover couple will have the ability to explore Mare Moscoviense. After landing, the rover will be released from the lander. He will have time during the lunar day to explore the landscape with its instruments, but it must come back to the lander when the sun comes down. Because the rover is designed to be light, we have all of the radioisotope thermoelectric generators on the lander, leaving the rover with only electric heaters, placed in order to heat the rover’s instruments. The problem is that the rovers only power source are the solar panels on his back. That is why it won’t be able to operate during the lunar nights. The lander will provide the heat needed to keep the instruments on board the rover in working condition.

During its 17 days of exploring the surface of the mare during the lunar day, the rover will be able to collect samples, which will be later examined by the instruments on board the lander, for example the Thermal Emission Spectrometer and the X-ray diffraction and fluorescence instrument. The samples will be carried in the special compartments on the rovers back and then they will be inserted in the lander’s instrument by the rover’s robotic hand.

After exploring the area around the lander, the rover will continue to venture into the unknown. But of course, it needs the lander to survive during the lunar nights, so instead of it going back to the it, the lander itself will make a jump using its thrusters and will arrive within reachable distance for the rover. As a result of this, the rover will have a new area to explore. By repeating this process, the two modules, together, will be able to collect a lot of new information about our Moon.

The path of the rover is also chosen. It is what we think to be the ultimate path, that will allow us to explore the most interesting places in the sea – places with abundances of iron, thorium, titan, helium-3 and water ice. We also plan to pass through and explore some of the so-called wrinkle ridges and swirls. An optimistic assumption for length of the route is 176 km.

We expect this mission to achieve a number of very important goals. One of them is to have a deeper understanding of the Moon’s formation. We will be able to explore the inner layers on the far side of the Moon by using the ground penetrating radar and the seismometer. Not only that, but by using the seismometer on board of the lander, we will gather information about the lunar seismic activity as well as the frequency of meteor impacts on the far side. This can give us useful data about the conditions on the far side of the Moon. By also examining the chemical structure of the lunar rocks there, and the abundance of water ice, helium-3, and some of the heavy metals, we will have more data that can be used not only for the planning of future missions, but also for establishing a colony on our nearest celestial neighbor. And last but not least, hopefully this mission will rekindle public interest in the Moon.