Teleios has received the following awards and nominations. Way to go!

Boreas - An Icy Glare to Future

The goal is to develop a quest-based game that would help the player understand the polar environments and the changes that occur there. The player will face problems with different solutions, which will lead to a future with two possible outcomes. 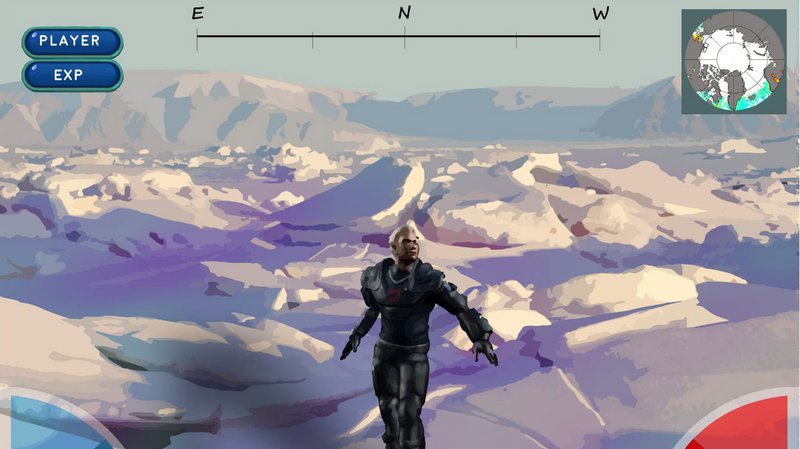 Our idea is to develop a role-playing game with the following structure:

The game will consist of three chapters. The first chapter visualizes the past, the second chapter the present, and the third chapter the future.

The game has a real-life based, scientifically correct storyline. Everything that happens, everything that the character encounters, will be associated with scientific facts, statistics and real-life consequences.

It is not level based, instead there are checkpoints available.

The storyline will be presented through dialogues with the NPC and questions/options presented to the player.

What lengths is the player willing to take in order to survive?Would they rather choose the easy and harmful path, or the more difficult one that would prevent the environmental catastrophes?

Every decision the scientist makes will have a direct impact on the future that is going to be presented in the final stages of the game, thus making the result of the game fully the player’s choice.

The future will be algorithmically predicted based on the previously collected data by meteorological stations and NASA weather satellites.

Check out the document for more information: