Challenge Record has received the following awards and nominations. Way to go!

The Challenge | Find My Cryosphere!

Design an app that lets a user pick a location and learn about the parts of Earth's cryosphere that impact that location.

You can see the polar regions anytime by looking into POLAR NOW.

POLAR NOW is an application which connects children with cryospheres using the technology of AR and NASA’s satellite data. This application would stimulate children’s curiosities and bring them up to be great researchers. 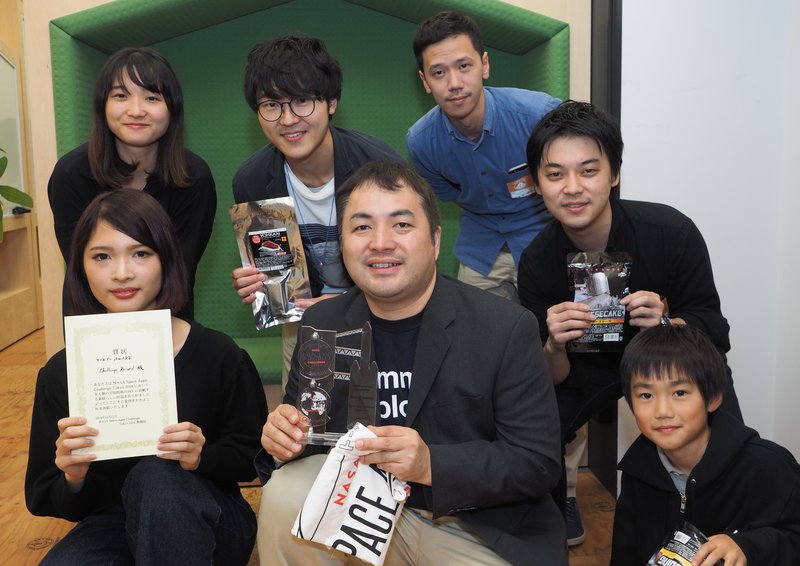 We believe words "North Pole" and "South Pole" are often used with some other words such as carbon dioxide, ozone layer and polar bear. When children hear these words, how vividly and realistically would they imagine situations? When they watch images or videos of global warming, sea level rise or ozone destruction in TV, how seriously do they take them? Probably, the devastating scenes that they pictured in their heads seem stories just within TV or picture books. However, this is rather natural. That's because they have never actually been there and seen the reality with their own eyes.

Here, we propose a system that help children to be close to the pole regions. It will lead them to become aware of concrete problems and to grow up to be great researchers of the pole. It could be a magnifying glass; a wonderful item, we named it “POLAR NOW”, that can allow them easy access to the information from the overwhelming database of NASA and JAXA.

Not only working as a text book, but also as a next-generation educational system, POLAR NOW has the following main four functions:

The information that the system provides is, such as…

The magnifying glass shaped device is the symbol of our proposal and it is necessary for being actualize the service. However, some technical issues are remained.

Implementation of the system

To be actualize POLAR NOW as a certain educational system and a business, we should plan the following four phases and do them step by step.

At the first phase, we should build the consortium that manage POLAR NOW's educational curriculums and databases. Such consortium associated by research institutes, research societies, science museums, universities, schools. The main mission of them would design how to grow up POLAR NOW as an successful educational system and generalize it among our society. NASA shall be the center of such association.

In the second phase, we have to design the monetization. We think the best solution is using crowdfunding campaign. After success of the campaign and building the funds, the special team of business management is needed.

In the third phase, we should find device manufacturers and application developer. During this phase, we will make the service be sophisticated via many cycles of tests.

Finally, the consortium will work to popularize POLAR NOW.

(https://www.qko.fun/) She is a student of Dept. of Design, Tokyo University of the Arts. She also works as a designer and created various works; office interiors, display arts, animation and video works, application UIs, graphic designs, logo designs, chalk arts, and so on. In 2018, she joined the designer team "asEars" and exhibited into SXSW 2018, one of the greatest art events in the world. The works she dealt with were reported all over the world via the mass medias such as bouncy, Huffpost, and Al Jazeera. She loves to listen to the music of "Love Theme From Godfather" and dreams of the day to hear that band on live. She is not only a great designer but also a very leader of the team.

He is a member of the Steering Committee of MENSA Japan. He won the prizes at so many competitions and events. His achievements are the followings: 1st prize of Japan Cabinet Office's RESAS hackathon, won developing funds from TeamLab MicroSoft of Japan Cabinet Office, 1st prize of the hackathon hold by Ministry of Public Management. In 2015, he went to Silicon Valley and gave presentation to Dave McClure, Investor. He likes to hold party with his friends.He is the very one who built this great team.

He is a software engineer at the incubation center of Fujitsu Co, Ltd. He deals with to variety of programming languages such as Python, Java, Unity, and so on. He won the technique prize at Docomo hack day. He says that he wants to create services or products that make people happy, combining designs and technologies. He has an experience traveled across Japan by walking hills and mountains.

He is an architect of AI in automobile company . When he was a student, He was involved in the development project of the observator on the International Space Station. In addition, he has experienced diving in the melting water of the glacier in Iceland during winter in scuba diving. He is a very gentle and kind person.

He received the Master degree from the University of Electro-Communications, Tokyo in 2016. He studied computer science, machine learning, agent based model applications, evolutionary computation, and data science. Also he joined the space engineering competition, ARLISS (A Rocket Launching for International Students’ Satellites), from 2014 to 2016 and developed several rover type planet explorer robots. Now he is working as a data scientist and a strategist at the automobile company in Japan. He says that he watched almost all the episodes of whole STAR TREK series and hope that the TV series will continue forever.

She is studying at the faculty of policy management and a member of the Institute for Advanced Biosciences, Keio University. Her research areas are microorganisms and bioinformatics. She is interested in developing the method to make space foods from microbes. In 2018, she won the encouragement award from the university. She has talents for science researches, but also for arts and literary. In 2012, she won the Masterpiece Award of Haiku, Japanese poem of seventeen syllables, from the famous competition.

He is fourth grade of elementary school. He is a teacher of "U-18 Children's Open Data" , children under the age of 18 are lecturing to children on ICT. He belongs to executive committee of “Linked Open Data Challenge”, and won the special award at Hackathon sponsored by Copyright c SoftBank Technology Corp. He has expanded events to teach children how to use data. He likes soccer and eels. He took charge of an actor in our video. Thank you.

He is a cameraman of our team.