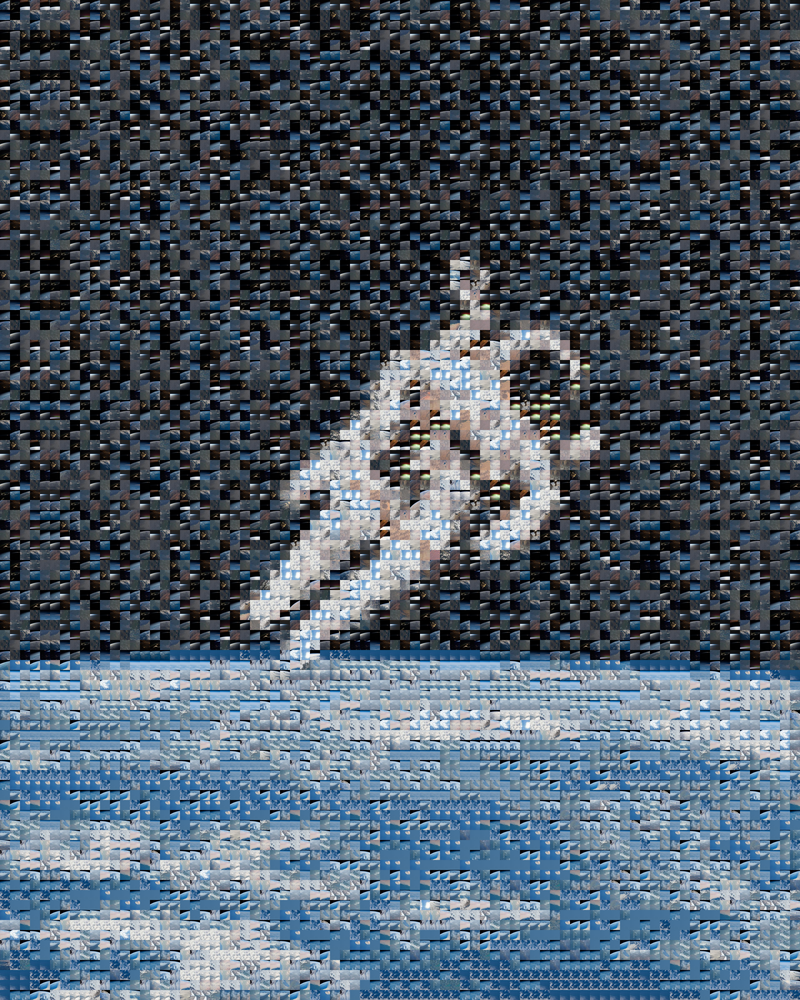 Initially we became involved in NASA Space Apps challenge to support our Girl Scout troop. Once we got here we quickly saw that the combination of the electrified atmosphere at the Space and Rocket Center in Huntsville and knowledgeable mentors minimized the necessity for our involvement. Rather than intrude on our girls, we decided to take on our own challenge!

We are an engineer and an artist who have been married for nearly 20 years, and chose to select a challenge that would combine our talents. This was an opportunity to try to access some open web API's to access decades of NASA imagery and try to make something new. As a proof of concept we were able to write a script to use custom search terms pull images related to a theme and generate a mosaic version of another image using those images. The proof of concept worked so the next steps are to make a web app to allow anyone to generate a mosaic by simply submitting search terms and an image. Though we used a space theme for our image any image could be used an allow terrestrial concerns to bring a more universal view.

Code is on GIThub at the link below. A Jupyter notebook was used to access the web API and implement the basic matching algorithm. A major challenge was to avoid too much tiling when limited to the smaller number of images that could feasibly be downloaded during the contested Hackathon WiFi environment.