StarWay | Make Sense Out of Mars

Drone Base and its Application in Martian Land

Sensors coupled to a group of aircraft that collect data in different areas simultaneously with a base for sending data and recharging aircraft. 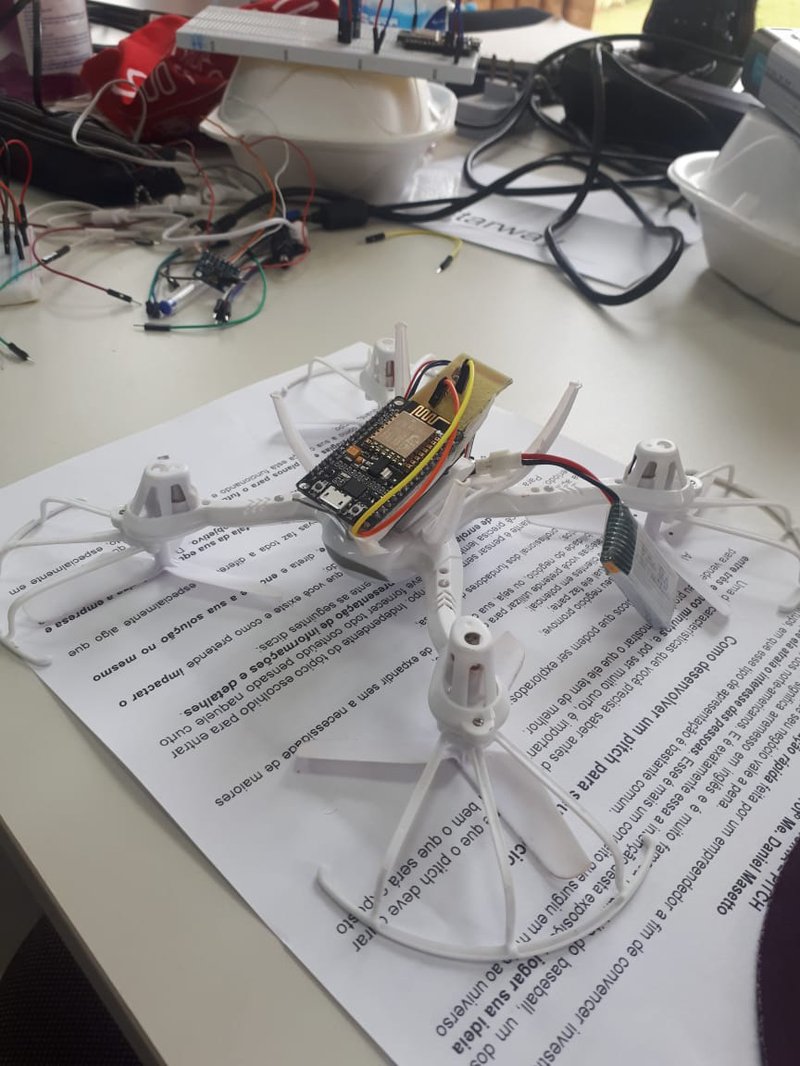 Public repository with the source code

Currently the space race is in full potential, the exploration and colonization for other planets presents total and comprehensive in the XXI century. Knowing both the physical and chemical characteristics of the target planet is a fundamental prerequisite for such a voyage, even possible storm forecasts (in the case of Mars, storms of solid components present on the Martian surface) and obtaining data on physical variables (pressure and density of the Martian atmosphere, radiation incidence, ambient temperature, etc.). The use of technological resources, adapted to another planet that presents characteristics for population of human beings in such a way that those resources are adapted for such exploitation of a region still unknown for its colonization.

Through the use of programmable and calibratable resources for such an exploratory situation, new ways of collecting data based on existing technologies can be developed. To do so, we use the sensors as the DTH11 (temperature and humidity monitor, thus giving a graphical description of such variation in function of such altitude) and the LDR (Light Depender Resistor, for such representation of radiation collecting devices coming from the medium to the spectral characterization.).

The objective of this research project is the development of a multi-sensor (cluster) platform to measure characteristics and variables of interest in the Mars environment, targeting existing technologies on Earth and subsidizing the development of new data collection platforms.

To subsidize with information the development of new unmanned aircraft.

The current form of data collection presents operational limitations due to the geological imperfections of the terrain and the collection medium being on the fringes of the planet's surface. The fact that there is a need to know better the environment, characteristics and variables beyond the surface of the planet is added.

An alternative form of data collection with sensors applied to a system with low mobility restriction will increase the performance range, the area to be collected and the volume of information per unit of time. In this way the greater coverage area and the reduction of costs with the development of a new platform justifies the project.

We developed a server and client, based on arduino hardware for data collection, with ESP8266 working as server. This server has an API that is queried by a client, which treats and displays the collected data for future analysis. The mobile environment was developed with the use of the Vue framework, which allows agility in data collection and display. The project was conceived with the development of a drone door responsible for taking the equipment to the point of collection. This in turn, is still equipped with solar panels to recharge the drones. The drones have the mission to collect data from the Mars atmosphere, as well as the incidence of cosmic rays, aerial photographs, and do the transfer or upload of the data in the drone port. In general, some items should be replaced for a more robust prototype, such as inserting a trip computer into the drone and the drone. You want with this equipment, to cross a much larger area of mars, for mapping, and definition of possible new installations.

//root page can be accessed only if authentification is ok

server.send(200, "text/plain", "this works without need of authentification");

//ask server to track these headers