Radectors | Make Sense Out of Mars

Our prototype is a cosmic rays detector that is connected to the Arduino to plot the data We, depend in our simulation on MCNP because the energy of protons is around 10 MeV which is located during the accurate zone of MCNP 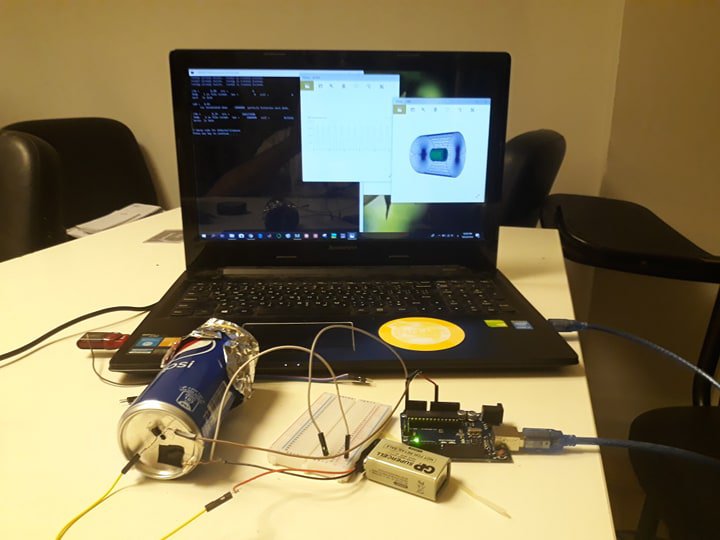 When we compare Earth to Mars we find some major differences that could keep humans away from that red planet, Mars was stripped of its magnetic field "long time ago" that made a huge effect on radiation percentages and results in low radiation protection on the planet, the magnetic field was not providing shielding properly any more, not to forget the variance of distances between the two planets.

To measure the large effect of the radiation on Mars we need to calculate the main Reason of that Radiation which was found to be from galactic cosmic rays (High charge Energy Nuclei "proton") and the secondary reason is the Solar energetic particles which are caused by the supernova explosions and high energy events that happens in the outer space.

According to NASA, radiation exposure calculated by MARIE was 20 mrad/day which is three times the amount accumulated by International Space Station (ISS), the doses calculated by Marie was an indication of an increment in REID (Risk of Exposure Induced Death) and 3% increment in cancer risk.

Our idea is to build proton detector calculating doses of radiation "GCR" & simulating the protons effect on human body and how it acts with different types of shields by MCNP to assure safe missions by giving Astronauts on Mars updated information about the Doses that they are exposed to.

Our prototype is a cosmic rays detector that is connected to the Arduino to plot the data which is expected to make pulses as it detects discrete radiation then these pulses -counted by the detector as counts per minutes- are calculated and amplified with a factor to get the amount of radiation exposure;

Stochastic simulation using MCNP (Monte Carlo N-Particles) Unlike the Earth, Mars does not have a magnetic field to protect it from the danger of cosmic rays, also the atmosphere of Mars is very thin comparing with that of the Earth which plays a great role in making the surface of Mars more exposed to radiation than that of the Earth which raises the cancer risk for humans when the mankind colonize Mars.

Speaking about radiation, we should mention that the surface of Mars is exposed to several types of radiation the most dominating type is protons by 90% so, in our simulation we will concentrate only on protons and ignore other types of radiations.

We depend in our simulation on MCNP (Monte Carlo N- Particles) method because the energy of protons is around 10 MeV which is located during the accurate zone of MCNP.

The detector that is used to detect is Ge(Li) semiconductor detector which is the best type to detect protons. The shielding is made of polyethylene as it is the proper type for proton detection.Our model consists of the Ge crystal doped with Li, proton source to simulate radiation on Mars,the domain of study, shielding to calculate the thickness of polyethylene to protect a human from such radiation.