!Lonely Toons has received the following awards and nominations. Way to go! 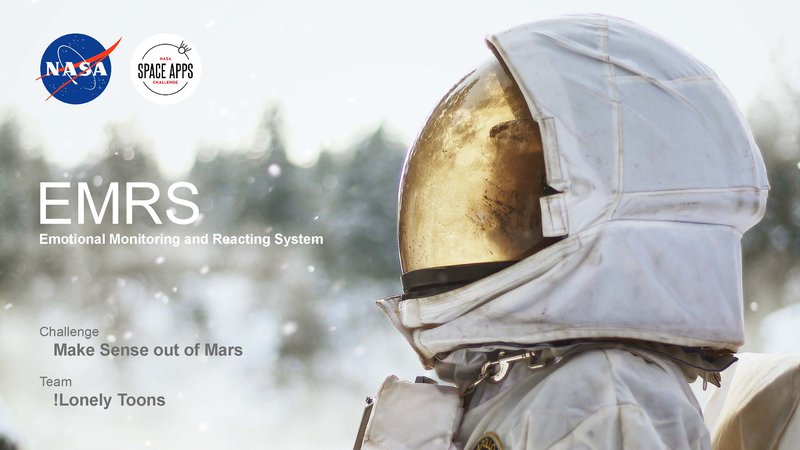 One aspect that we were struck by was the psychological tone of the crew along the whole mission. Even though NASA astronauts are thoroughly trained in each and every aspect, psycho-attitudinal one included, we're still humans and fear, depression or loneliness could occur even in most expert people, especially in innovative missions, pretty much far from Earth, about which few is known.

This aspect is not new to NASA, infact in a research published on the 23rd of August 2018, the Third Quarter Phenomenon is described, according to which in the last quarter of the mission the crew can experience negative emotions that could possibly lead to problems in the mission itself.
Starting from this premise, we decided to design a system that is capable of detecting human emotions and to take an appropriate response according to what is perceived. In order to do this, we thought of three possible solutions that can be integrated together in order to have a more accurate prediction:

Once the system has detected the negative mood, its goal is to do something in order to cheer up the astronaut: in our case we implemented a very basic response, that is to print on the screen a joke, but obviously this can be improved.

We thought of three possible ways to enhance our system:

Our solution is versatile and it can not only be applied to Mars missions but in every mission in which people are forced for a long period of time in a hostile or lonely environment, far away from home and unable to come back to their families and friends.