iMars | Make Sense Out of Mars

We are solving the challenge of the huge amount of sensors, rovers, robots, etc on Mars that humans will need to connect to and utilize. We present our device iMars which will be the settlers gateway to the Martian IoT. 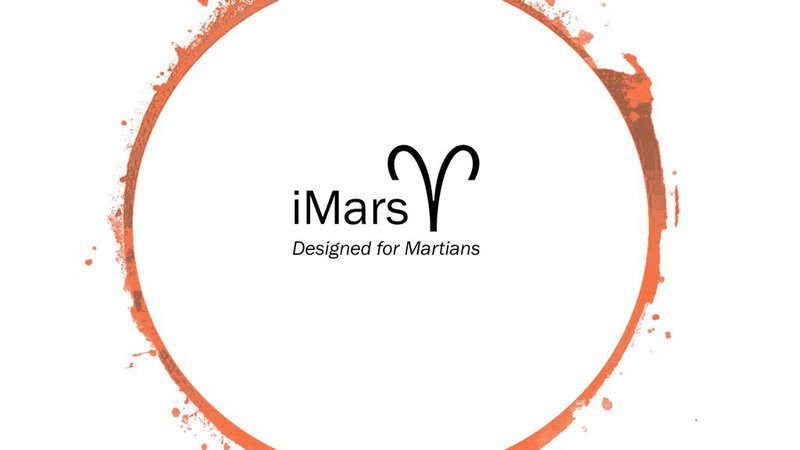 It’s a matter of fact that within our generations’ lifetime, Human existence on Mars will be a reality. With all the data collected about Mars surface using the previous orbiters and lander missions, scientists are designing sensors that will be used on future Mars settlements. When humans arrive there, they will be utilizing these sensors and robots and the they will need to communicate with them all the time. The truth is, there will be a huge number of sensors, devices, robots, rovers etc that settlers will need to communicate to in order to carry out their daily routines and their jobs. That will be a challenge, but luckily we have the solution.

We are proposing iMars, a device that grants connectivity and interface to all Mars sensors, robots and settlements. iMars is a wearable and user friendly smart device. The device itself is not equipped with many sensors which makes it light and power efficient, but it has the capability to communicate with the cluster of sensors available on the settlement to request certain tasks and measurements. In this way it is the best companion for all our settlers regardless of their roles and tasks: geologists, explorers, engineers, etc.

iMars is very flexible and compact. We ensure the availability of a variety of interfaces for wired and wireless communication with the devices on Mars, in addition to voice commands from settlers.

iMars connectivity allows enquiring information like weather forecast and maps from Mars data centre. The settlement data centre is responsible of communicating with all devices and sensors around Mars and collecting data. This solution shifts the heavy load of communication (with all the needed infrastructure and power consumption) towards the settlements data centres and allow our device to enquire all data directly from the service provider. As a consequence, only sensible and high level information are sent to the settler. For example, the device will focus on getting updates on the weather and warning from hazards like sand storms rather that communicating with the weather sensors. Moreover, the device is compatible with the Martian Navigation System (MNS).

The system provides smart services to settlers based on their locations and what they are doing at each moment with minimum buttons pushing and screen scrolling. With the abundance of information available on the system from all the distributed sensors, customized information and services are provided to each settler. For instance, an explorer will get warnings about toxic areas nearby while working out doors.

The wireless interfaces available on iMars allow direct connection to drones and rovers to allow for Remote control of these devices.

Moreover, with the available wired interfaces on iMars and taking advantage of the knowledge we have about all the previous, current and future Mars rovers, iMars is able to communicate with these rovers when a settler connects to them. Who knows, maybe some rovers will be repaired too.

Now let’s imagine a scenario. A scientist wants to perform some experiments at a certain location. iMars will help him/her schedule the best time to go there and of course the best route to take. It will book the right rover equipped with the instruments needed for this experiment and will secure the transportation vehicle suitable to reach that point and for the required duration. During the mission, it will enquire the data needed by the scientist using its smart features and display it in comfortable way. The device will also communicate with the rover to perform the tasks required by the scientist. And of course, throughout the mission execution, iMars will keep communication with the settlement data centre to ensure the scientist safety.

In conclusion, iMars is your gateway to the Martian IoT (M-IOT). It is the best companion to Mars settlers to carry out their normal daily routines or to get their jobs done.