Above & Beyond | Make Sense Out of Mars

Going to Mars can be troublesome. With this in mind, we developed a cluster of sensors to be attached in many parts of the suit, that allows the explorer to analyze his mission's condition. 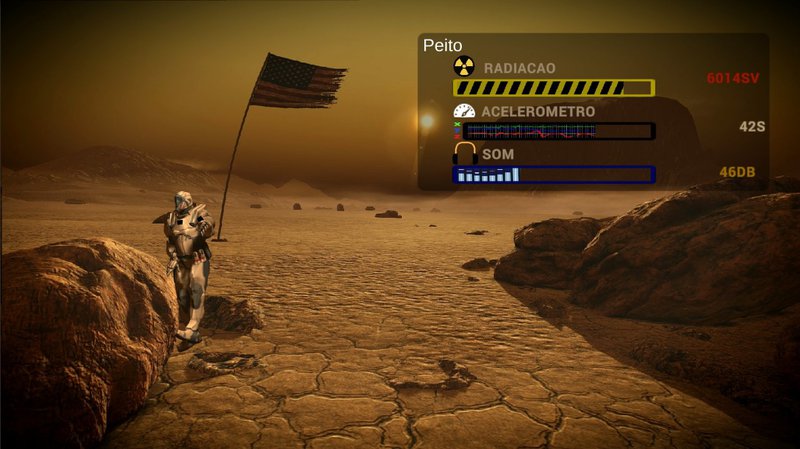 About going to Mars one of the biggest problems are radiation and other dangers that the explorer might be exposed to.Thinking about the astronaut’s safety we developed sense clusters of sensors conected to each other and to the suit. This clusters send information to the base and make a 3d model. This model allows us to see the explorer’s condition during the mission.

Sense will also be useful down here on Earth, scientists in Nuclear Plants or studying the effects of nuclear disasters will be alarmed if the radiation levels are too high.

We present “SENSE” to them…

The SENSE are sensors that aim to alert the astronauts explorers of various hazards on the trip to Mars.

Because today, one of the main concerns is how to personally explore new terrains and environments safely?

because man has only reached this level of technology and development because he explored unexplored areas.

our sensors are the perfect solution to feel Mars safely!

we will have 3 types of sensors coupled to the astronaut's suit (forming a group of sensors that redundantly connect with all others) that solve the main risks of travel to Mars: The first sensor would be to quantify the radiation levels of the astronaut, alerting him of the danger of continuing on mission and for how long his body would withstand radiation. The second sensor would be a gyroscope that would generate three-dimensional images for the base on the astronaut's position.A third sensor would be a microphone, to capture and amplify the external audio, transmitting the external sound to the explorer as a warning sign of danger.

Our project is new and feasible because the sensors that exist today in the astronaut costume that travels to Mars do not include some sensor to quantify how damaging the external environment of mars may be for health. In addition, these sensors are simple and inexpensive simple sensors that use very little energy and have enormous applicability because SENSE is capable of measuring more than one attribute at the same time.

What would be the applicability on our planet?

we could use all the costume technology for nuclear accident situations on Earth, if the SENSE existed when the FUKUSHIMA bombing happened, the government would not need to look for professionals who had robots (which take 2 years to build) to maintain the affected areas , and also as people working in nuclear power plants, or with the diary.