We have been working on how we can implement aspects from nature to help us design an autonomous system for guiding a free-flyer to detect and characterize individual Micro-Meteoroid and Orbital Debris impact damage on spacecrafts. 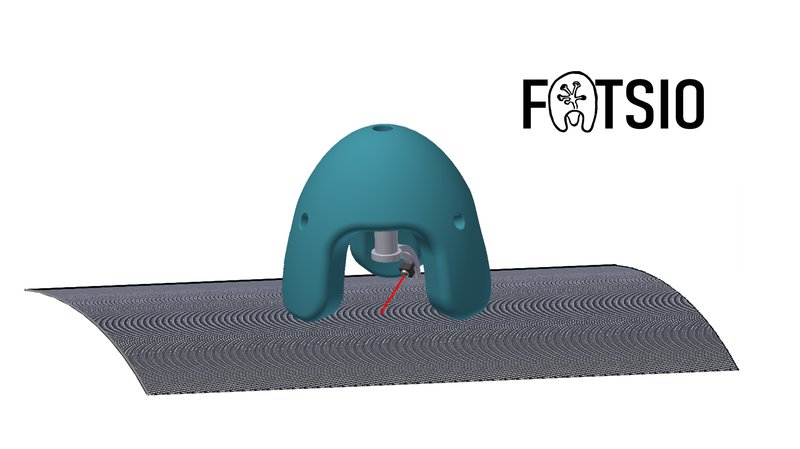 The Thermal Protection System for future spacecrafts that will be in space faces a high risk of MMOD impact damage which means that a precise examination of the spacecraft is needed. Due to limited communication, the ground control of inspection tools is a problem.

We firstly want to understand the dimensions and the frequence of damages in spacecraft surfaces so we made some researches: we looked at ''Surveys of Returned ISS Hardware for MMOD Impacts'' (Hyde, J.L., Christansen, E.L., Lear, D.M., Nagy, K., Berger, E.L.). Thanks to that we maneged to estimate the rate of impacts, near to 3 impacts/(m^2*year). So it is reasonable to adopt an autonomous free-flyer that can follow istructions given by controller system, with high precision in locating the damages.

So we made an analogy: ISS surface like Human Body skin and a free-flyer as the way that our brain checks the location of pain.

Just like how our nervous system reacts in that situation we wanted to implement that to the external layer of ISS so that the spacecraft can tell us where it hurts instead of letting us search. The artificial skin is made of Al network inside a polymer matrix. When one of the wires are broken, due to meteorite collision, the measured current will change sending a signal to the Drone that will travel to the location of the impact to investigate the damage of the impact.

So the free-flyer is activated by the controlle. In order to make the observation system versatile regarding movement we implemented a drone with a gas-propulsion system that allows the drone to move freely in space. The propulsion system consists of 7 outlets that make the drone able to move in all transversal and rotational axis except rotation around the vertical axis since it is not needed.

A camera is mounted on the bottom side of the drone taking overall picture of the impact zone. There is also a laser light that can position itself in in any direction in a half sphere kind of view, the laser measures the distance from the laser to the surface of the impact zone in order to create a characterization of the damaged zone. With this information is also possible to construct a 3D structure of the damaged zone; it can also register if the depth of the crack is critical. By discovering the orientation in which the depth is greater, we obtain the direction of MM impact.

To allow the drone to make these observations is needed to land and stay at the same position during the whole procedure. So the next challenge was to find a solution that makes the drone able to attach to the surface without damaging it. We found that a gecko has an interesting feature of sticking to surfaces, in particular thanks to Van Der Waals intermolecular forces. So considering the use of a material characterized by the same thin elements as in gecko pads, by adopting it on the contact surface on free-flyer "pads", we obtain the wanted temporary joint.