Space Technology has received the following awards and nominations. Way to go! 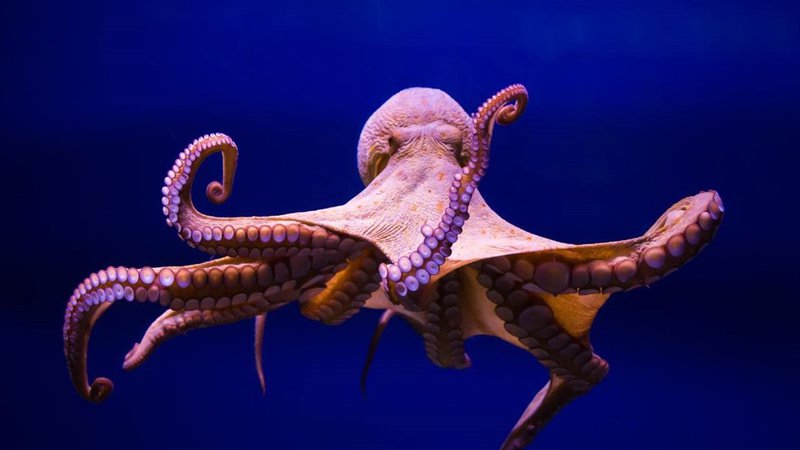 Design an autonomous free-flying to inspect manned spacecrafts an space stations for damage caused by MMOD (micro-meteoroids and orbital debris), inspired by elements of nature.

Develop a free-flyer for manned vehicles, inspired by nature's properties, to inspect the
spacecraft on the outer side for holes caused by MMOD and transmit data to the crew
and / or land bases. This will greatly reduce the number of EVAs now needed for
routine spacecraft controls, optimizing astronauts' working time and reducing the high
risks they bring to the crew.

Earthly nature hides in its immensity life forms that survive in an ingenious way in the
environment around them. Among so many creatures inhabiting the Earth. Octopus, a
mollusk of the Cephalopoda class and Octopoda order, has incredible sharp sensory
organs, such as its peculiar defense system and cognitive and intellectual evolution,
adapted to its survival needs in the environment.
The organs of the cephalopod are similar to the free-flyer, developed in this project,
because they contain similar physical and functional characteristics. The jet propellers
of the equipment are like the siphon of the animal, organ of the octopus able to emit and
direct a powerful jet of water, impelling the animal with more speed. However, the
design of the thrusters is inspired by the suckers contained in each of the tentacles of the
octopus. To be treated the inspection of equipment; the Flying D-Octopus
will feature an image capture system as well as octopus’ eyes that can be as sensitive as
a high resolution camera.
This project aims to develop a free-flying, called Flying D-Octopus (Flying Double Octopus),
which will recognize possible superficial damages made by MMOD and send the data to the
spacecraft's crew. Therefore, the constant technological advance by observing the
behavior of living beings is proof of the evolution of human understanding about the
universe.

Flying D-Octopus is intended for use on manned missions, in spaceships with 100 kPa
of pressure (1 atm), while in vacuum the pressure is negligible (few atoms per km³).The
D-Octopus uses pressure sensors (barometers) to detect the holes present in the
spacecraft in question, because the air exhaust provides a pressure increase on the outer
side of the spacecraft in the hole and its surroundings.

The flyer moves itself through 16 static micro-thrusters (rocket engines), four in each of
the two largest faces and two on each of the remaining four faces, allowing
all six possible movements (translation in all three dimensions and rotation around the all three axes orthogonal to the three dimensions).

The flyer does not use of energy released by combustion. Propulsion occurs due to the
projection of hydrogen, previously injected into high pressure on endoreactors.
Although the projection of hydrogen has a specific low impulse, the hydrogen gas will
be reused, because it would be completely discarded from the hydrolysis of the water.
With this, a great amount of propulsive energy would be obtained at an extremely low
cost.

When the pressure sensors detect the presence of air leakage, as explained in sub-
paragraph 3.1, the flyer will send an alert to the spacecraft and eventually Earth, taking
photographs with high resolution camera, and sending them to the mission servers.
Records of the images made by the Flying D-Octopus camera will be sent to the
spacecraft, informing the crew of the damage done and the degree of danger. However,
the information obtained by the spacecraft can also be sent to the ground bases, which
will consequently assist the astronauts on the occurrence, resulting in a more effective
repair. If the damage is confirmed (viewing the photographs) the EVA (Extraveicular Activity) can be started to start the repair.

The flyer have a complete image file of the external side of the spacecraft/space staion. In order for the flyer itself to know where it is, it will be sufficient to compare the image that it would take each moment and compare it with the image file through a program running on the embedded computer.

The Flying D-Octopus have a camera for each side (the high resolution camera also used for monitoring, as explained in sub-paragraph 3.4, in principal face, more one standard resolution camera in each othes side) for regulating its position accurately to avoid excessive approach or distancing, in addition to its degree of inclination.

With the objective to avoid collisions of space debris with the flyer, there will be a
small-scale parking garage. The thruster supply will occur automatically within that
garage.

- Central computer (in our prototype is used an Arduino);

- Rocket Engines (the flyer can't fly with them in Earth surface gravity, because these engines are made for small accelerations in microgravity);

- System for the storage and recharge the propellant gas;

- 3 Transmission Antennas (Orthogonal to each space dimension) for 5 GHz, having 2 dBi ;

- Garage in the external side of the spacecraft or space station, for the protection of the free-flyer and recharge its propeller.

With the increasing number of space debris in orbit, manned spacecraft emergency
maneuvers become increasingly common to avoid collisions in space, which could
destroy the crew, as did the crew of the International ISS (Space Station) in July 2015.
According to the online Spaceflight’s newspaper, crew members were unable to execute the Pre-Determination of PDAM (Debris Avoidance Maneuver) in time when they
detected a possible collision with "debris from a former Russian meteorological
satellite". The option was to seal off modules to contain possible damage and lock
themselves in the Soyuz spacecraft. That way, they could leave the ISS if necessary.
"The debris passed through the Station at a safe distance, allowing the operations to
resume regularly," he says.
D-Octopus is related to nature through the use of a reusable fuel and having direct
connection with the anatomy and functionality of the octopus (siphon, suction cups and
vision). Thus, the "space octopus" would be essential for the survival of the ship's crew
of the spacecraft in question.
Problems with Micro-Meteoroids and the accumulation of debris in orbit can have a
number of negative consequences not only to the environment and to humankind, but
especially in this document, to space exploration. Therefore, make analyzes and a
reflection about the different and possible solutions to the problem, as well as the
viability of them, becomes a matter of security to the continuity of the researches and
the life of the explorers.