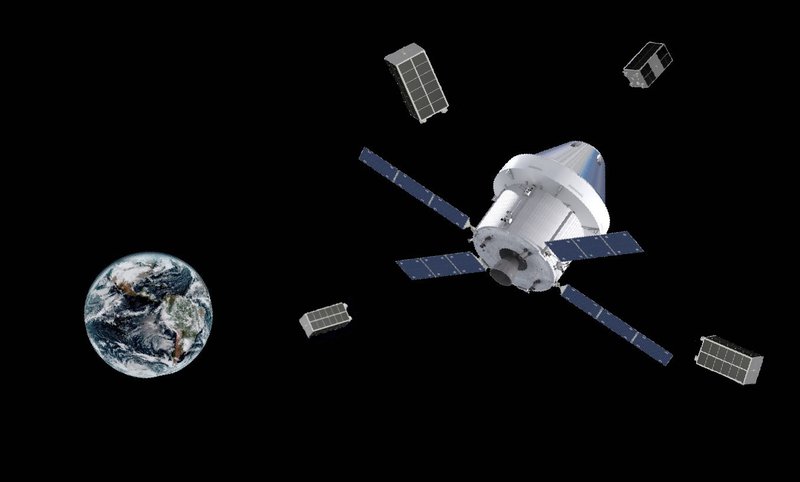 We developed a cluster of small satellites that can analyze constantly the surface of a spacecraft in order to identify signs of MMOD impacts.

To identify the impact location every BeeS. is equipped with a heat detector in order to see chenges in the temperature of the spacecraft's surface caused by the transformation of kinetic energy in heat, for this method of identification we took inspiration from the snake ability to see the infrared radiation emitted by their prey.

Bees where also part of our nature based project. As the bees do, we decide to split the work that has to be done: first of all there are more than one of this sat that can scan constantly parto of the spacecraft surface, the sesnors used in our projects work only when needed and one at time to maintain efficiency and the spacecraft sends only crucial information to the mothership that, like a queen in a hive, coordinates the sats.

We have made some examples with the orion spacecraft and we developed a cluster of 4 sats placed in a tetrahedral position, like the CH4 molecule, to be able to have a 360 degree view 24 hours a day without refurbishment, unless the small spacecraft had already done several manuvers to inspect the impact area.

If an impact location has been determinated and the mothership has given the "go" to a sat, the BeeS. uses his ion thrusters to place itself closer to the damage and starts a 3D scanning procedure with laser that is sent to the spacecraft with a photo of the impact point.

We also took inspiration from the heart cardiac valves to design a sealed docking mechanism capable of trensfering fuel for the thrusters and energy.