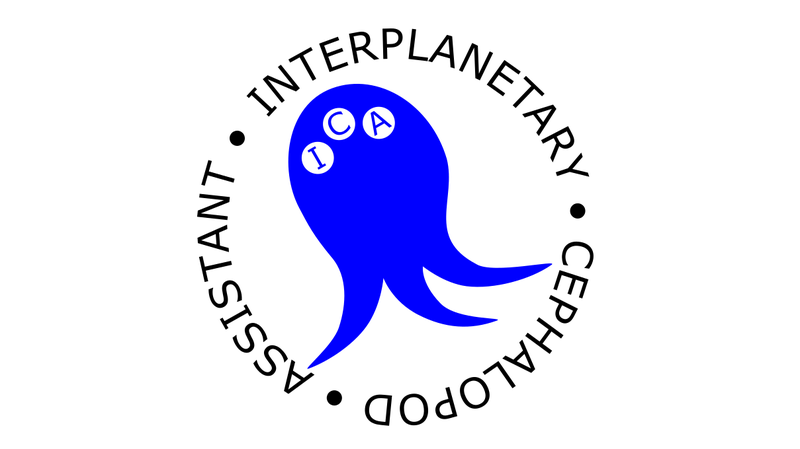 We chose to use squid as our inspiration for tackling this challenge. We wanted to design a space vehicle inspired by nature that could move in a vacuum (which therefore excludes the use of winged flight for example) and squid are one of the few creatures who use rocket propulsion to move.

We called our team ICA, イカ, after the Japanese name for squid.

We set ourselves 3 goals:

1. Come up with a design

3. Produce a physically realistic simulation with a machine learning based control system.

We came up with a number of design options and you can read more about the design in our ICA Engineering Document. In the end we opted for the single jet option using limb inertia for control because (a) it was a bit more like an actual squid; and (b) we judged it to be easier to produce a working simulation.


We then realised this design in two ways. Firstly Tilly Morris and Maddy Jago created a physical mock-up of the spacecraft and used 3D photogrammetry to import it into Unreal Engine. Gwendolen Sellers was then able to create a visualisation of a mission to locate asteroid damage using NASA's model of the International Space Station (repository here). You can see clips from the visualisation in our project video, and longer videos in our updates. We hope you'll agree this was a triumph for our under 18 team members

The simulation was performed using a modified version of GaitSym2017 which is an open source tool for bioinspired modelling. We created a simplified design using a spherical body with three limbs. Each limb consisted of two elipsoid limb segments connected by simple hinge joints with the distal joint orthogonal to the proximal one. We then used a genetic algorithm to generate a feedforward control system to drive the space squid between predefined waypoints. The video demonstrates the effectiveness of the using simple limb movements to control orientation in a frictionless, weightless environment