NextGAR Team | Invent Your Own Challenge

NextGAR (Next Generation Augmented Reality) is a medication recognition system. It aims at enabling a wide range of augmented reality (AR) applications, which serve to enrich elderly and sick people’s lives and provide more insight in making decisions. 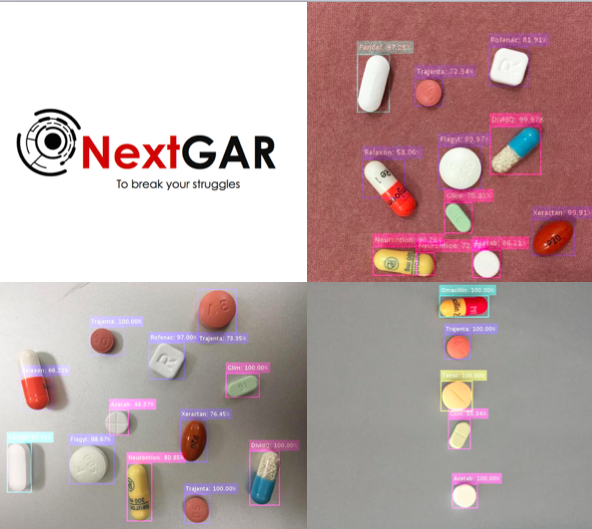 NextGAR Team has built a medication pills recognition system which serve to enrich elderly and sick people’s lives and provide more insight in making decisions. the team used Matlab Software to build an algorithm that recognises medication pills. The team started with five medications, and now during the challenge they are working in expanding the dataset up to 12 undisgustible medications. This project is funded by KAUST and TAQADDAM funding grant (a joint award between KAUST and SABB Bank).

The goal of this project is the ability to project on the smart devices display automatically generated results of detecting (i.e. localizing) and recognizing (i.e. labeling) objects in front of the user. The product creates device-agnostic software, which acquires and transfers still images, analyses them at the central processing unit, and conveys to the user the meta-data on the wearable/smart device display.

•The medications have similar edges/shapes, size, and colors

•The difference between the ground truth and the actual image