Farms in Drought | Invent Your Own Challenge

Farms in Drought is a research project aimed at areas devastated by drought, with a vision to transform the agricultural landscape in drought-ridden areas by finding ideal locations to setup farms. 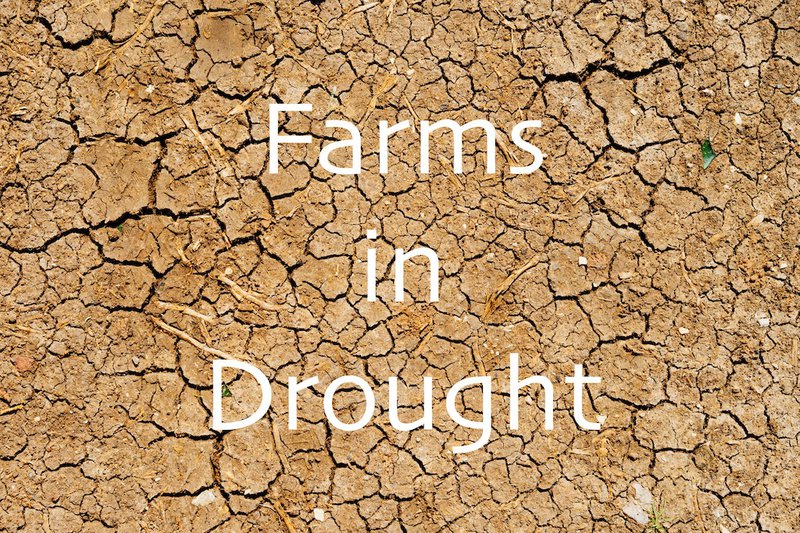 Drought is prevalent in regions all over the world, from the Americas all the way to Australia. Because water is so essential to our daily lives and communities, communities struggling with drought tend to have major issues both environmentally and socially: ecosystems deteriorate, people are often left hungry, in tragic circumstances, and their economies suffer (University of Nebraska).

More specifically, drought has a huge impact on local businesses, especially farms, because their yields suffer due to crops not being able to grow with low water supply. Droughts also cause wildfires and as a result, destroy ecosystems and ruin potential areas for vegetation.

My solution to this is a tool which harnesses the most recent data from satellites for a given area, specified in the appropriate co-ordinate system for the appropriate satellite chosen. Given the bounding area which suffers from drought that the user wants to analyze, the model will look at a map from a vegetation scale (NDVI) and water scale (NDWI) superimposed upon each other. With this information, along with information on weather patterns in the area, which is planned to be retrieved through services like Weather.com's developer API. Using all of this information, the service looks for the bounding box that outlines the darkest area (e.g, https://imgur.com/a/hNta4Lm), and returns those co-ordinates. This would be the most effective place to farm.

The biggest monetization scheme planned is to provide this software to farm owners and big agricultural companies with land bought in areas suddenly effected by drought, in order for them to determine which areas of land would be optimal to regrow their crops. Other potential monetization schemes include offering this service to governments, to help better utilize the land of drought-prone areas in countries like China, India, and the United States, but also developing countries like Ethiopia and Somalia. Humanitarian organizations may also be interested in this product to help soothe the effects of drought on these countries.

I have setup a GitHub repository with a sample prototype created in Python. To change the area being analyzed, a bounding box must be specified with the type BBox, that contains information in the format of the WGS 84 co-ordinate system.

This would become simpler with time, if the model was ported into a Flask API and turned into a web app, which is how the model is aimed to be interacted with. For the purpose of this hackathon, because I only had a few hours to work on this, I just focused on making the model.

This model was made using Scipy, Tensorflow, and Keras. It uses the Sentinel Hub API and the great open NASA APIs.

As a side note, I also made an open-source Python NASA API wrapper, which allows other teams around the globe to interact with the NASA APIs by just adjusting a configuration text file; it also contains an example of a sample image classifier.

I'm only 15 years old, so this was the first time I've ever done anything with technology in space. Having open access to NASA and Sentinel Hub's earth APIs was certainly empowering, but at some points, information on how things like geospatial co-ordinate systems like WGS 84 work, weren't really simple to figure out.

I think that, given the time to work more and figure out how to better-improve the model's interpretation of NDVI (vegetation index) scale, NDWI (water index) scale, and the geospatial co-ordinate systems mentioned above, the product would be made much more powerful.