Anonymous | Invent Your Own Challenge 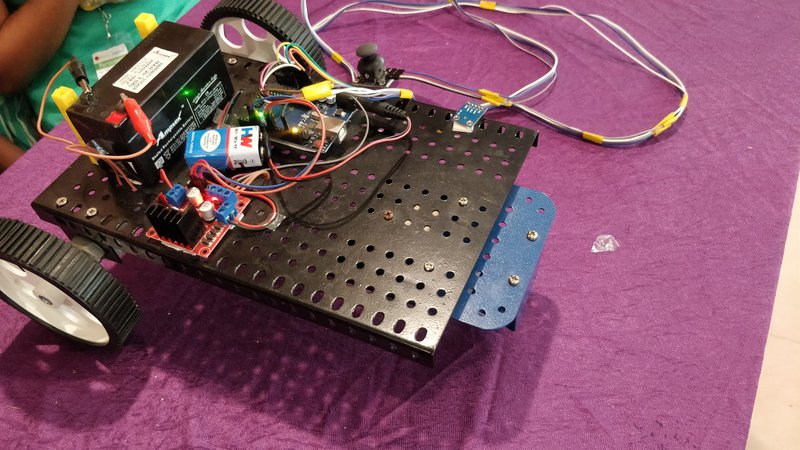 We have always witnessed many accidents that take place in hill areas. One of the main reason for these incidents is, cars and other heavy vehicles descend downhill when foot is taken off from the brake pedal. When this happens, it will collide with the vehicles which is standing right behind. There are cars with Automatic brakes to avoid collisions called AEB (Automatic Emergency Braking) These systems first alert the driver to take corrective action to avoid the crash. If the driver’s response is not sufficient to avoid the crash the AEB system may automatically apply the brakes to assist in preventing or reducing the severity of a crashes. But, if the applied brakes are insufficient, then the collision is prone to happen. To avoid this kind of situation, if there is a system that applies brakes even if the foot is taken off from the brake pedal, then many lives can be saved. So, the main aim of this project is to design a system to apply brakes automatically to cars and other heavy vehicles which stops or halts in slant areas. This system is developed for applying brakes implicitly based on readings from the MEMS sensor. This project is based on two phases of operation. First is, the slope of the inclined area is measured using MEMS sensor and the second phase is, speed of the DC motors is controlled with respect to this slope value using PWM. Our project is designed in such a way that, by calculating the degree of inclination it is mapped to the value of acceleration required to oppose the freewheel rolling. A prototype of Automatic Brakes system is designed and tested in this project. The prototype has been developed by integrating various hardware modules. Presence of various modules has been reasoned in this paper and placed carefully for optimum and desired output. In future, this can be implemented in real-time cars and other vehicles reducing the accident rates in hill areas.