Space Apps Denver was held on October 19th, 20th & 21st. Thank you to the 39 people who joined the International Space Apps Challenge at this location. The local results, including the work of 9 teams, can be found below!
Thanks Denver! 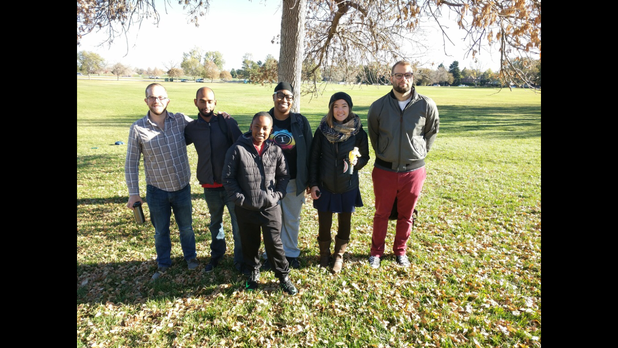 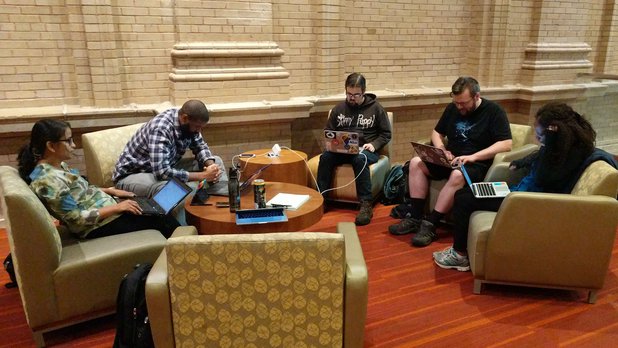 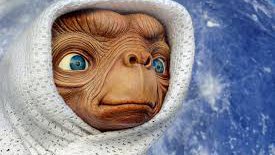 With one of the fastest growing space industries right here in Colorado, the Mile High City of Denver is the perfect place to host a NASA Hackathon.

Add the inspirational setting of the state-of-the-art Denver Museum of Nature & Science (DMNS), including the Space Odyssey Exhibit run by Phd-level staff, you have the perfect blend of factors to create the NASA Challenge.

We all share this planet, so we are excited to have a Hackathon booked with some of the innovative engineers and coders in Colorado competing to come up with solutions to these NASA problems.

Special thanks to the key members of the space community that made this event possible, including Steve Lee at the DMNS and Caley Burke, a Flight Design (Trajectory) Analyst in NASA's Launch Services Program at NASA Kennedy Space Center and a graduate of International Space University.

Flynn was on the tech team for four Games for the U.S. Olympic Committee, and is also a wilderness and leadership instructor for Outward Bound. She puts on Girl's Underwater Robot Camps and hosted a Girl's Epic Guide to Building a Submersible Hackathon with the U.S. Department of State Division of Global Partnerships and ocean explorer Dr. Sylvia Earle. She has partnered with NASA for four events, including the Jacksonville & Amelia Island, Florida NASA Space Apps Challenge held last year in partnership with the NASA Kennedy Space Center.

An award-winning writer whose portfolio includes being the first out lgbtq managing editor of Jacksonville Magazine in Jacksonville, Florida as well as a sport's columnist for the Olympic Games, Flynn is currently writing the book A Girl‘s Epic Guide to Inventions.

Gemma (left of Michelle Obama in photo) is the CEO and cofounder of Discovr Labs, an immersive education content studio and startup which uses VR/AR immersive technology to deliver the most effective education and training experiences.

She was born in El Salvador, immigrating to south Florida, and eventually Los Angeles, California. While in high school, she helped run Hack Club, a nonprofit that helps high schoolers all over the world start coding clubs. Gemma graduated high school early to start Discovr Labs. Discovr partnered up with Unity, the world's leading 3D engine, to bring immersive education programs to life, becoming their Education Programs & XR Specialist. Gemma shared the cover of Seventeen magazine alongside Michelle Obama and was featured in Marie Claire.

Herb recently retired from NASA after 42 years of service. He spent most of his career at the Johnson Space Center in Houston, Texas supporting the Space Shuttle, Space Station, and Orion Programs but also worked at the Kennedy Space Center in Orlando, Florida and NASA Headquarters in Washington, D.C. His last position was serving as the Manager of the Operations Support Office which provided support to the Flight Operations Directorate and included support to the Astronaut Office, Mission Control operations, NASA’s Aircraft Operations at Ellington Airport, and astronaut training in both the Neutral Buoyancy Lab and the Space Vehicle Mockup Facility. He has a degree in business administration from the University of Texas and in 2010 was awarded the NASA Exceptional Service Medal.

A Creative Visionary, Speaker, Author & Social Innovator that is committed to impacting humanity on a global scale. She was named Long Beach Post’s 2016 “40 Under 40” Winner, and she is a Commissioner on the Commission for Technology and Innovation for the City of Long Beach. She has cultivated the “Art of Fearless Asking” to “magically manifest” her visions into reality.

Lisa Mae is currently on the Advisory Board for the California Women’s Conference and InnovateLA, which produces LA’s Innovation Weeks in October and speaks at conferences, events and universities. Lisa Mae recently created The Wonder Women Tech Show, a talk show web series that highlights pioneering women in STEAM, innovation and entrepreneurship.

Lisa Mae organizes socially innovative projects, like the global “I Am Equality” photographic campaign, which launched in 17 cities and 5 countries around the world. She has hugged over 8,000 people with her Love, Hugs and Inspiration Campaign.

She volunteers with the Long Beach Code for America Brigade, and other tech initiatives geared towards civic engagement and community building. She helped organize a global #Fishackathon with the U.S. Department of State and is excited to build long-lasting global partnerships to expand the vision of Wonder Women Tech.

Dr. Pandya was appointed course instructor for ​Project PoSSUM’s EVA 101: Space and Wilderness Medicine​, which ran its first iteration in Colorado in September 2017. Prior to this, Dr. Pandya successfully completed Scientist-Astronaut Candidate training with Project PoSSUM (Polar Suborbital Science in the Upper Mesosphere) and was on the first crew to test a commercial spacesuit in zero-gravity, and has continued to tests commercial spacesuits with Project PoSSUM’s annual microgravity parabolic flight campaigns. As part of Project PoSSUM, she also completed slow onset hypobaric hypoxia training, centrifuge studies, aerobatic flight, basic and advanced emergency spacecraft egress and sea survival training. In 2016, Dr. Pandya was also named to the Untethered Exploration Citizen-Scientist Astronaut Corps Project PHEnOM (Physiology, Health and Environmental Observations in Microgravity). As part of her training with this project, Dr. Pandya spent a 2-week tour at the Mars Desert Research Station analog in Utah as the Crew Health and Safety Officer. In 2016, Dr. Pandya was appointed as the Life Sciences Team Lead for Association of Spaceflight professionals (formerly ​Astronauts4Hire​), and has undertaken to further her team’s experience and skills in developing research, technology and payloads related to space medicine and life sciences. Dr. Pandya’s research interests center on resilience and performance in extreme environments, as well as reproduction in long-duration spaceflight. Her published works include articles on neurosurgical robotics, and book chapters on space technology spin-offs benefitting every day medicine on Earth, resilience in long-duration spaceflight and reproduction in long-duration spaceflight.

In her spare time, Dr. Pandya practices Taekwondo (as a second degree black belt) and competes in Muay Thai. She is currently working towards her private pilot’s license, and holds her accelerated free fall solo skydiving and numerous SCUBA diving certifications.

Smoot grew up in a small town in Idaho. From there he set out to build tech companies based in Seattle, Hawaii, and Los Angeles. After co-founding and selling 3 tech companies throughout his 20's, he repositioned his focus on how tech companies can thrive in tier two and three communities. Through his research, he has founded Innovation Collective and Mountain Man Ventures to redefine how communities large and small participate in the global innovation economy. He holds a deep belief that inclusive economic prosperity and authentic community are inseparable.

The Innovation Collective Leadership Network (ICLN) is an intentional network of leaders committed to growing together and purposefully developing themselves. The ICLN Operates in cities and towns where Innovation Collective has a physical presence. Dinners of the past have included leaders from SpaceX, Facebook, Boeing, Microsoft, Walmart, Qualcomm and Accenture.

Smoot created ThinkBigFestival.com that brought together world-renowned experts, robots, concerts, parties, a tech carnival and speakers from around the world descending on the lake town of Coeur d’Alene, Idaho with one goal: celebrating the future of robotics and AI. The festival included the inaugural Burt Rutan Nonsense Award. Rutan is a legend at NASA and in the aerospace industrty, having successfully designed 46 aircraft, won the Ansari X-Prize by flying the first privately funded spacecraft into space twice in a two week period and helping develop the canard configuration and mold-less composite construction, and designed the Stratolaunch.

Nick is a Milken Institute Young Leader and was a member of the Young Entrepreneur Council. He has been interviewed for or contributed to Bloomberg, Forbes, USA Today, Fast Company, Mashable, Virgin, Inc. Magazine and Huffington Post. He has been a speaker for SXSW, VentureBeat, BBC, Rise of the Rest, and A-Tech.

Erica is the STEM Director for St. Petersburg College, the Director of the Center for Open Exploration as well as the head of the Maker Lab for the city, and serves on the board of the Marine Technology Society.

She earned her Master’s degree in Conservation Education while living with the Aarwak Amerindians in Guyana, South Africa and received her B.S. from the University of West Florida. Inducted into Beta Beta Beta, the biological honor society in her undergraduate years, Erica also spent a semester on board The Spirit of Massachusetts, traveling from Maine to Haiti.

Previously an instructor and biologist for 10 years at HCC , she designed, developed, and implemented continuing education & environmental education courses.

Erica was one of a team of four scientists who placed the aquaculture experiment Fish in Space on Space Shuttle Mission STS 95, which included Astronaut and Senator John Glenn, Jr.

Erica has been scuba diving since she was 13 years-old, and is now a Master scuba diver, an AAUS Certified Scientific Diver and holds certifications in Nitrox diving and rescue diving. 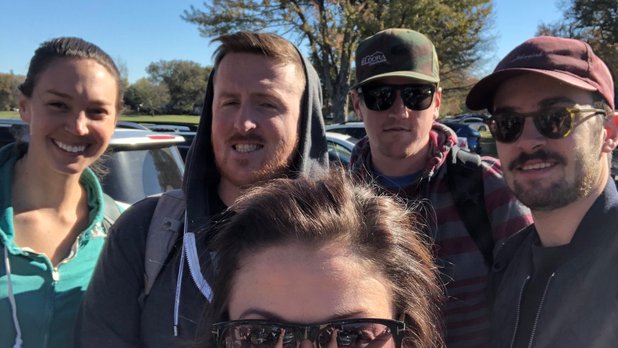 Get That Bread
Spot That Fire!Denver | 4 members 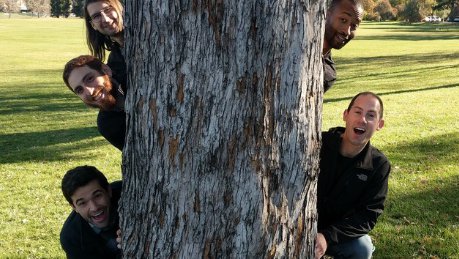 We’ll be back
Spot That Fire!Denver | 5 members 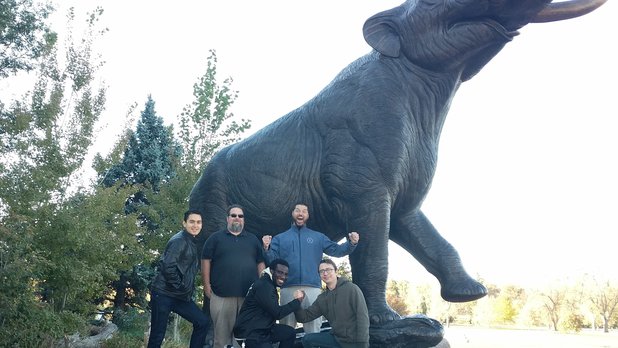 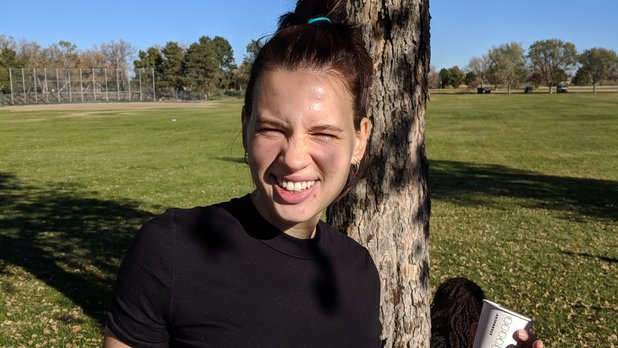 Primus Pres Inter
Do YOU Know When the Next Rocket Launch Is?Denver | 6 members 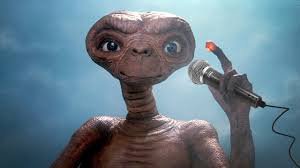 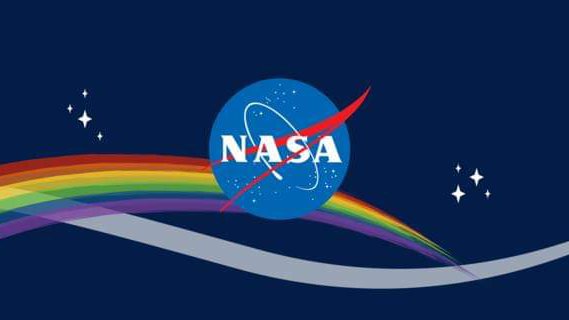 UN Women on the Moon

Vous et en Plus
Invent Your Own ChallengeDenver | 1 member