Damage due to louisiana floods 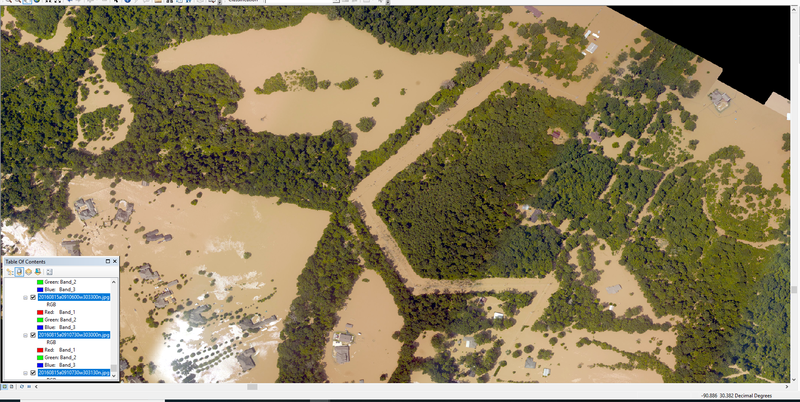 The study area selected is Louisiana, a state in United States of America.In the year 2016, it is devastated by floods when many nearby rivers namely Amite and Comite overflowed and the recorded rainfall exceeded 20 inches.

The imagery of study area is downloaded from different resources like Landsat, MODIS,Google Earth,NOAA etc.

Due to huge life loss in natural calamities like floods,evacuation methods and citizens responses should be taken into consideration.

Prior to the disasters, by using GIS software's and Image processing software's,delineation of risk zones and safe zones should be demarcated so that people can be evacuated before hand,before the rivers overflow.Using Data Analytics and Proximity Analysis Places in every zone should have a refugee center, so that at the time of calamities people can easily evacuate their places and gather at the centers.And the centers may later be evacuated based on the flood affect.The center's location should be geographically benefited by both the organizations and the people.

An offline native application may be developed for the same issue which helps in letting the people have good knowledge about the nearby centers.

After the disasters, Many people get displaced from their homelands.The nearby places which they have chosen to live can be distinguished using VIIRS Day/Night Imagery as the new place reflects more lights and so easily it can be interpreted.The ground water level data if openly available can be interpolated to find the neighboring regions with high and low ground water.Displaced people often use more transportation than others.So Real time transportation should be monitored to find the places they live and supply of the same should be increased.

The behavior of the displaced people depends on the natural disaster they have suffered through.If it's a cyclone they maybe temporarily displaced and with little property loss they can continue their habitation in the earlier place itself.

But in cases of floods or earthquakes or tsunamis the individual suffers a huge loss and the displaced people shift to the places in search of new livelihoods and generally these do happen in forms of settlements as its not an individual who gets affected.The nearby places consumption of daily needs increases like electricity,water,food,telecommunications etc.Some can be spatially analyzed but not all.