Code is published at- https://github.com/SakshamGarg1007/NASA-Space-app-...

Site is Live at- https://sakshamgarg1007.github.io/NASA-Space-app-S... 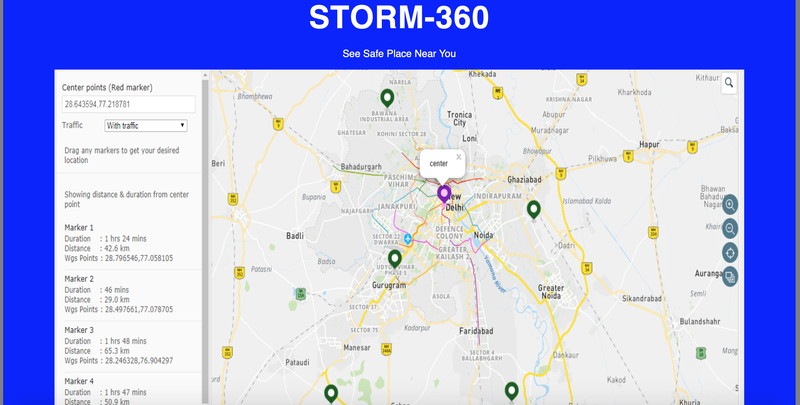 not in safe location

Some of the victims died after they were buried by collapsing buildings, while others were drowned, electrocuted or killed in traffic accidents caused by the rain, disaster management officials said.

With scores of houses damaged, authorities in Uttar Pradesh - home to some 220 million people - were on high alert and called for all buildings at risk to be vacated.

The disasters are increasing over the last 27 years with it’s different forms and losses. Rain storms and floods contributed with a high number of disasters all around the world with 290 disaster has occurred. In the 1947- 1973 in these countries Asia , Europe, South America and North America we have got 1255 losses of lives because of rainstorms. In Asia only 1090 death during that time.)1( Floods caused 182,270 dead bodies during that time over these countries Asia , Europe, South America, North America, Australia, Africa, Caribbean and central America. In Asia only 160,617 thousand people died in that time as well. Moreover, in Japan and Malaysia rainstorms affected landslides weathered granite rocks by 10-30 meters.(2)

http://archives.datapages.com/data/geological-soci... This is another one of the researches we had checked ..

Disaster Risk Reduction within GRC Disaster Management, GRC has a long history in helping victims of natural disasters, and disaster management is still one of its core capacities.

However, over the past decades GRC has become increasingly engaged in long-term development projects that build local capacity, preparedness and resilience, and reduce vulnerabilities.

This shift towards DRR is part of a wider process in the Red Cross and Red Crescent Movement, with the aim of assisting communities in building their self-help capacities and strengthening the resilience of particularly vulnerable groups such as women, children, elderly people and people with disabilities towards potential disasters.

GRC support to all DRR programs of Sister National Societies follows the priorities of the Hyogo Framework for Action (HFA) 2005-2015 by:

• Using knowledge, innovation and education to build a culture of safety and resilience at all levels both by including DRR in school curricula as well as training DRR at Local Government Unit and community levels.

All cross-cutting issues – multi-hazard approach, gender perspective and cultural diversity, community and volunteer participation and capacity building are addressed, therefore working clearly towards the overall goal of ‚substantial reduction of disaster losses, in lives and in the social, economic and environmental assets of communities and countries.‘

In addressing DRR, the GRC tries to combine three fields of action:

the third is about effectively preparing the people at risk for future disasters and strengthening their capacities to cope (disaster preparedness).

Implementing small-scale mitigation measures is proving most successful and sustainable with a counterpart contribution by Local Government Units or the communities themselves either through financial contributions or material and labour. Disaster preparedness is one of the GRC´s top priorities in DRR.

The geographical focus is mainly on disaster-prone coastal areas, through the establishment of disaster management teams at local level, training teachers and students in DRR, encouraging communities to develop contingency and evacuation plans using a participatory approach and holding regular evacuation drills. These and similar preparations save lives during earthquakes, tsunamis, floods and tropical wind-storms Disaster Action Plan, Philippines, 2011 in coastal countries. Disaster mitigation: cleaning drainage canals, Palawan, Philip.2009 8 Strengthening local capacities to cope with the impact of disasters is a standard endeavour in DRR, aiming to reduce future needs for emergency intervention to a minimum. Therefore GRC has a dual focus on assistance during and after disasters, and in particular assistance before the next disaster. Though activities aimed at DRR play a rather minor role in disaster relief, efforts to improve the linkage between the emergency response, reconstruction and the rehabilitation phase start as early as possible in the emergency phase. This approach known as Linking Relief, Rehabilitation & Development (LRRD) requires that a framework for sustainable development following emergency relief is established from the very beginning of an intervention. DRR can be integrated early to function as a link in the LRRD approach. Sustainable DRR activities are particularly well suited to put the LRRD approach into practice by acting as an effective link between emergency aid, reconstruction and subsequent development. The GRC provides DRR assistance all across the globe, with DRR and its elements accounting for a major part of the inputs into the disaster management spiral. GRC launched the first Community Based DRR projects together with its partners in South Asia (India, Pakistan and Bangladesh) in the early 1990‘s. In the wake of the Indian Ocean Tsunami of 2004, it started similar programmes in South-East Asia. DRR context in South East Asia and the climate change challenge The DRR support for South-East Asia started first in Indonesia in 2007, where five DRR projects have now been concluded and another five are currently being implemented. In the Philippines, GRC has assisted the Philippine Red Cross with the implementation of five DRR projects since 2007 and participated very closely in the DRR standardisation process throughout all programmes of Philippine Red Cross. Since 2010, GRC transferred lessons learned from Indonesia and the Philippines and adapted them to the Vietnamese context, supporting Vietnam Red Cross in implementing DRR projects. The major challenges currently facing DRR are the effects of climate change combined with demographic growth, urban development, often unplanned in less developed countries and the resulting reliance on vulnerable means of livelihood. The overall regional impact of climate change in Asia is likely to include:

• Increased flooding, and rock avalanches from destabilised slopes due to Himalayan glacier melts, affecting water resources within the next two to three decades. This will be followed by decreased river flows as the glaciers recede.

• Coastal areas, especially heavily-populated mega delta regions in South, East and South-East Asia, will be at greatest risk due to increased flooding from the sea

• Epidemic morbidity and mortality due to diarrhoeal disease primarily associated with floods and droughts are expected to rise in East, South and South-East Asia due to projected changes in the hydrological cycle associated with global warming. Indonesia, Philippines and Vietnam are highly vulnerable to the impacts of climate change.

October the19th we all met and gathered , with some sharing of insights .

https://hazdoc.colorado.edu/bitstream/handle/10590... This resource is everything ! 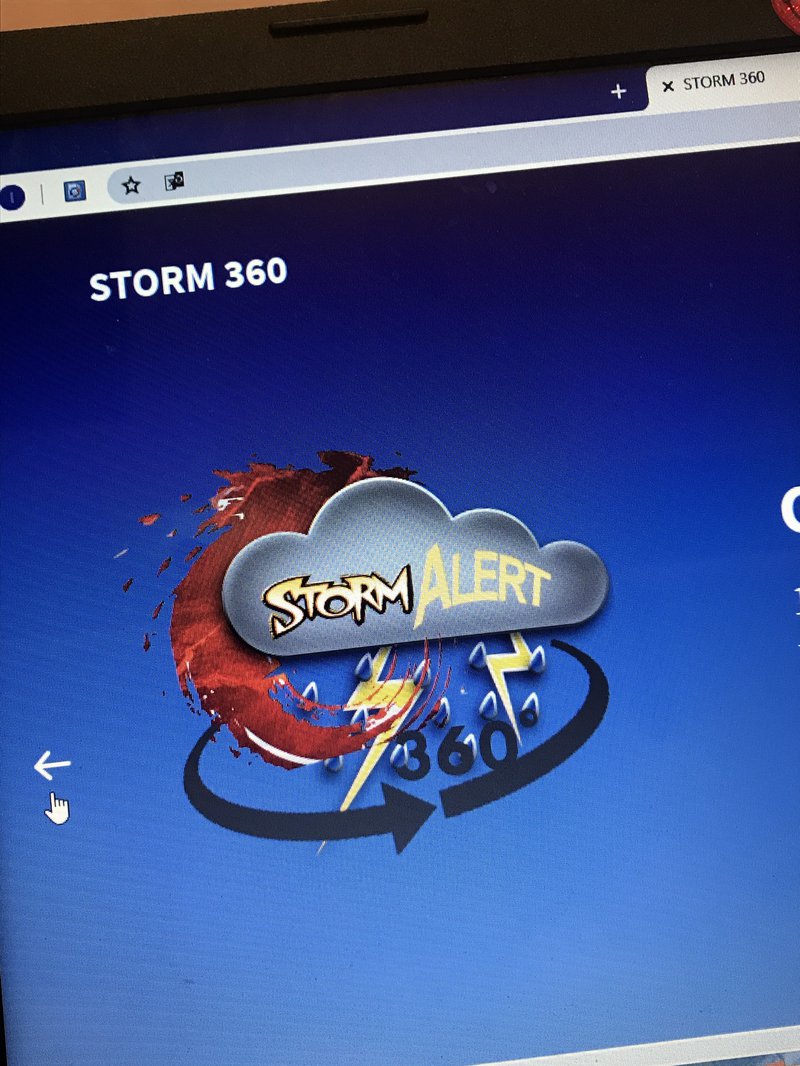 Exciting to do more professional design . Yes here we are
A
Adwa saed alhomaidi

This application basically helps you to save your self from disaster situation, application works in the following way-

when the user opens the application

1.) He will see the map on the home screen with his own location(Location will be automatically turned on). He will be shown heat map Which will be live from NASA satellite and will be telling about the places which are suffering disaster.

2.) A user can see in the map where the storms and disasters situation is more likely to happen.(Represented with Heat Map).

3). whenever a user enters or is found within the range of such places he will get the alert notification that you are in danger zone and also will be getting some tips to get to safe zones and Needs.
Also alert message with his location will be sent to his family member, so that they can know about him/her.

4) Then user will be shown some near safe zones and will be shown the shortest way to get out of that place and will get some suggestions regarding safety.

3.)User can get news from different source regarding disasters and storm.
4.)And will integrate AI to help user to be more safer in such situation. 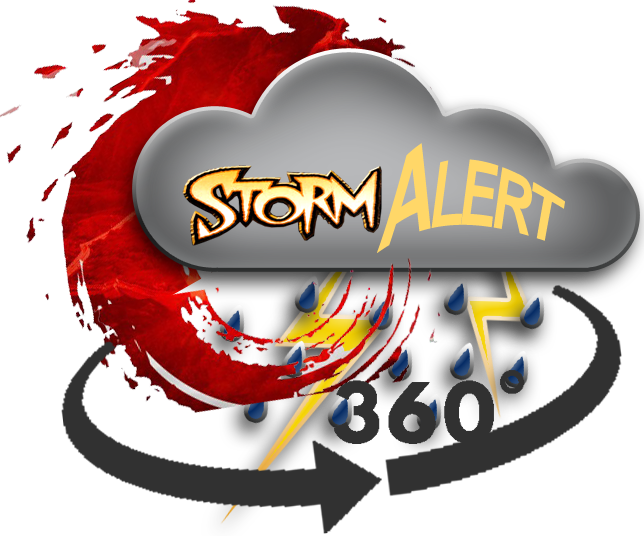 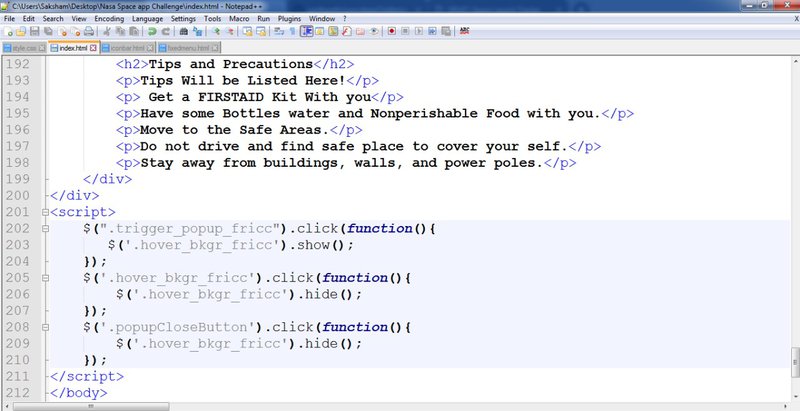 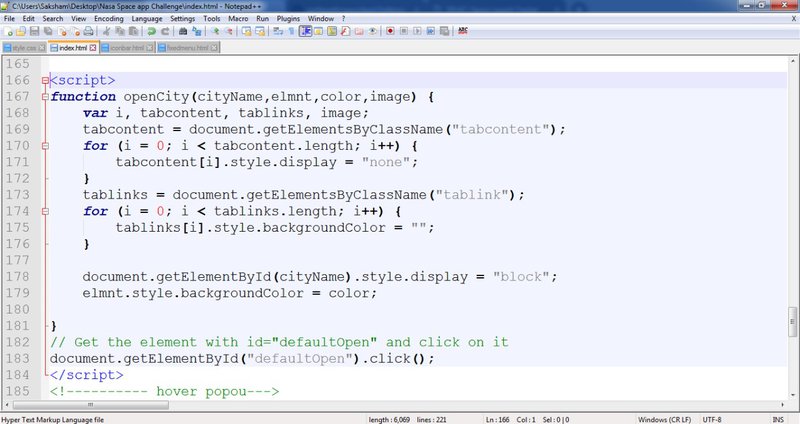 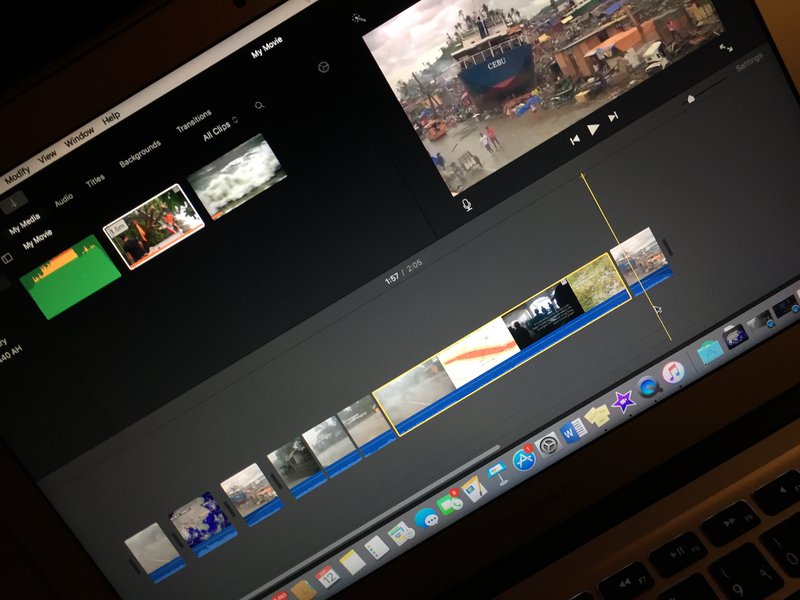 We have everything to win this