Stardust Explorers has received the following awards and nominations. Way to go!

Future Suture is a virtual reality/hybrid experience to educate people about climate change and how it affects their surroundings by showing simulations of the future.

FUTURE SUTURE
“A stitch in time”

Future Suture is the brainchild of Team Stardust Explorers (comprised of Proshonjit Mitra, Prithvi Shetty, Varun Panicker, Bhagyashri Nivdunge, and Pratik Mulchandani). This team has a good mix of Data Scientists, Developers, and a UX Designer, and keeping that context in mind, our team chose to accept the GLOBE-ally challenge of the NASA Space Apps Challenge competition. In this challenge, our goal was to effectively communicate insights using NASA data.

Future Suture is a virtual experience center that combines Virtual Reality and machine learning to simulate climate and environmental conditions. By using NASA data about climate conditions, create machine learning models to visualize how the future would look like based upon a given set of variables. Variety of actions would result in a variety of future possibilities. However, each city would have a different picture that can be painted. For example, users in Seattle can see the ice caps of Mt Rainier melt causing flash floods, or see the waterfront submerging a portion of downtown Seattle. These futures can be simulated in a VR+4D environment and can be experience in the form of a game that basically puts the onus of the future on the user’s actions.

For this project, we created some predictive models to back our future simulations and prototyped the gameplay in VR form. Our team won the ‘Most Inspirational Hack’ award and also became one of two teams to make it to the Global round of the competition and got a chance to represent the city of Seattle in a global competition.

To increase awareness about environmental issues and encourage people like Bob to act upon it. 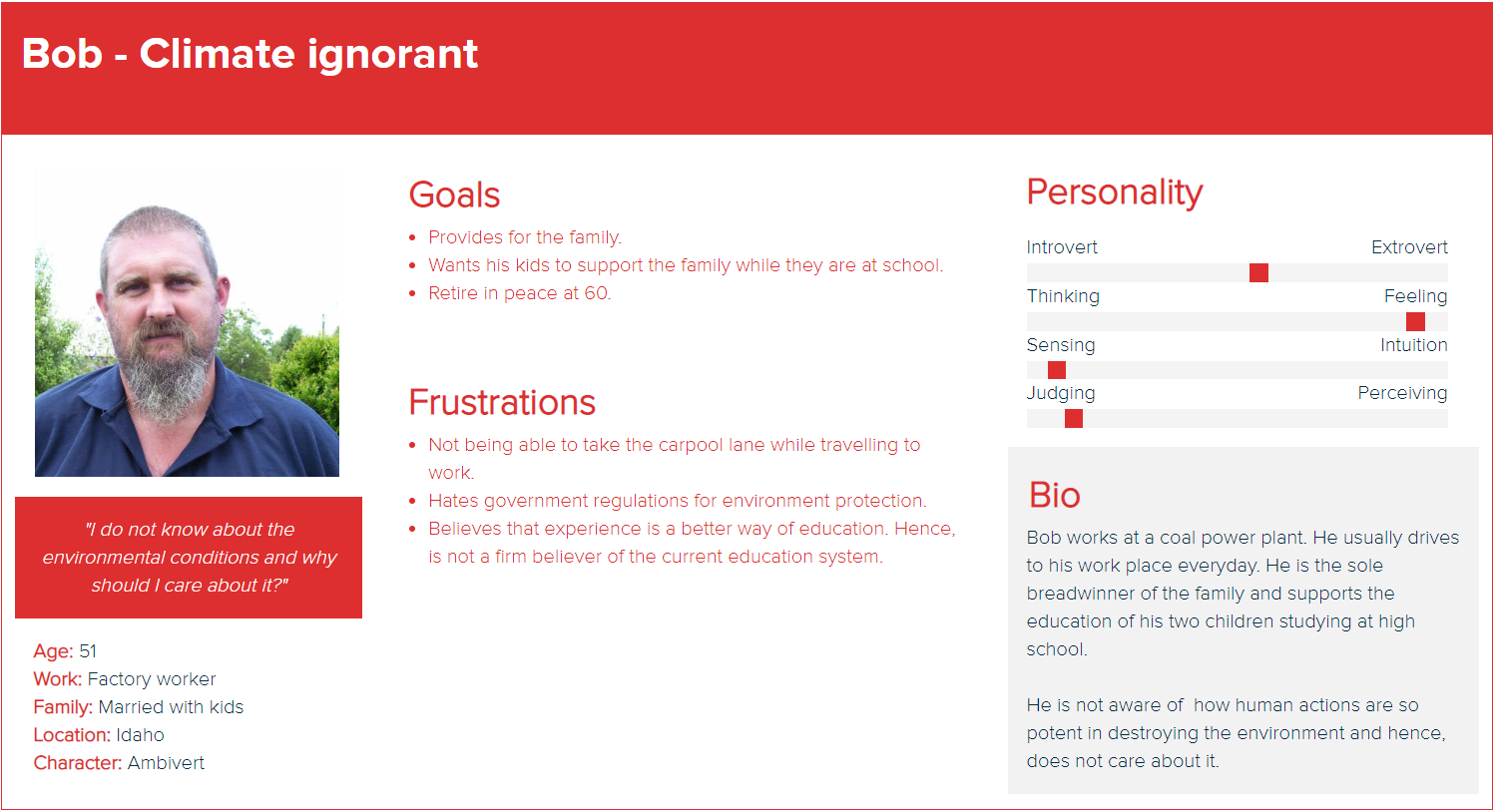 The goal is to establish multiple ‘future suture’ centres across the globe.

1.Providing a future simulation of the region using machine learning:

Imagine you live in Seattle, you will be shown the future condition of Seattle based on the actions you perform in the game.

2. We will provide futuristic measures to protect the environment catered to the specific region.

We will highly recommend to watch the prototype of ‘Future Suture’ to experience and get to know the exact motive. The ML model forecasts temperature levels for us to model our VR system on. The pictures in the surrounding areas around the person will reflect the effects of these increasing temperature. These increases will not only be in terms of the heat or water levels but will also include the effects on the local flora and fauna. 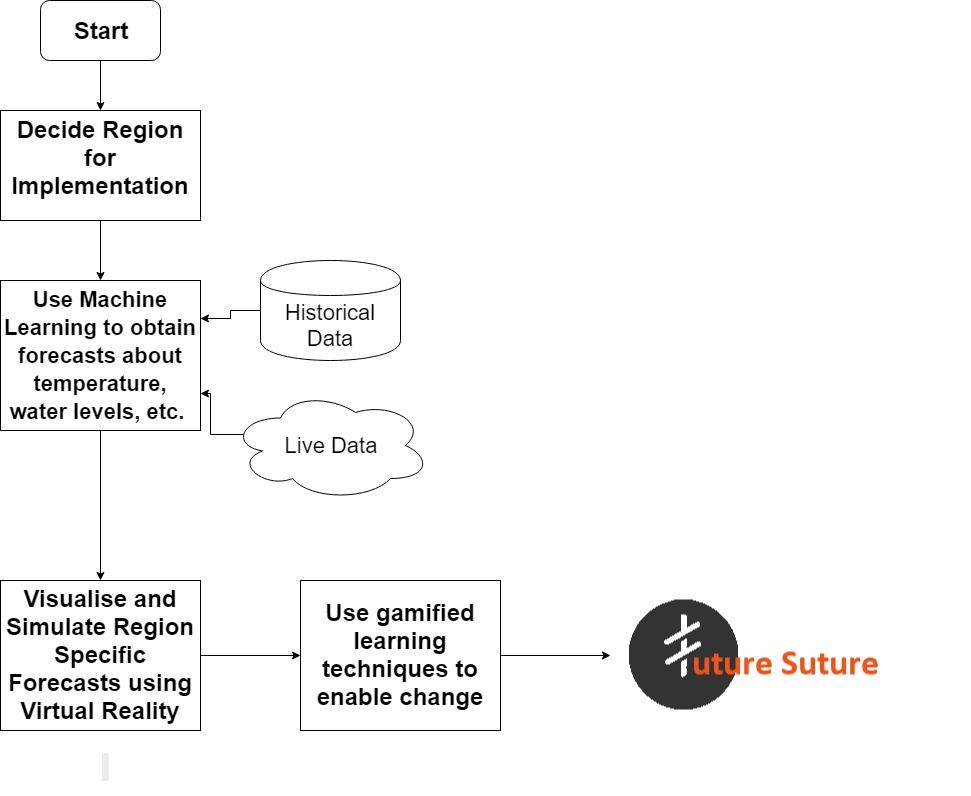 Many people like Bob refute the effects of climate change because they cannot see them. They feel that climate chain is abstract and if at all true will not affect them directly. We want them to understand what effects adverse changes in global temperatures will have on their lives by showing them their surrounds post these changes. The residents of an area will be able to experience the future based on the predictions made on the available climate data and learn how to take the required steps to make informed decisions and the impact of their actions. The objective of our initiative is not just to spread awareness but also to teach people how to reduce their carbon footprint.

The government will find a far more popular way than usual to reach as many people as possible and make a lasting impact at the younger generations by driving education through experiential learning. The app or game could be built inside a VR headset that can be distributed to schools and libraries for the general populace to use. The interactive game can make for a great learning solution for global warming in schools.