The Red Wheelbarrow | Spot That Fire!

The Red Wheelbarrow has received the following awards and nominations. Way to go!

Project Soteria is a wildfire incident response and countermeasure system, which integrates machine learning, data analytics, and crowdsourcing techniques to prevent the destructive evolution of wildfires. 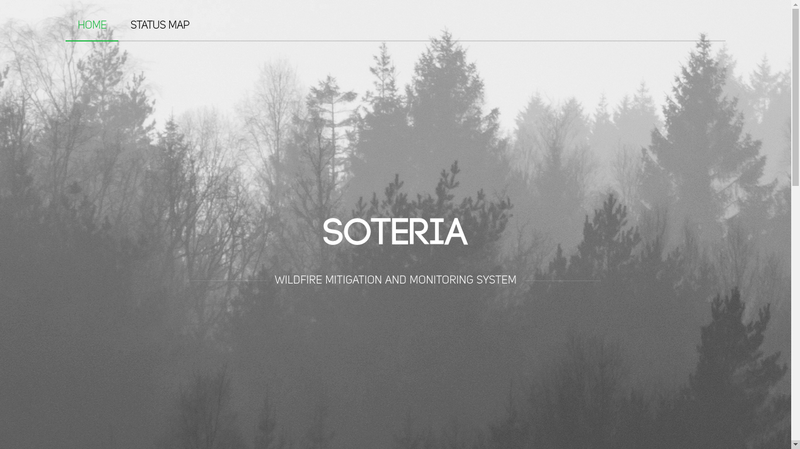 We conceptualized the project in a way that would set its uniqueness or difference from other wildfire mitigation systems. We will not only generate a map that would mark the status of every point in a local place with dense vegetations and forests, but their status will be highly dependent on the weather data being received from the API. But of course, this is perhaps a common feature. What we added to set this project apart from other wildfire mitigation and detection systems is we used the data for wind speed and direction to assist fire agencies on how they can apply controlled burning or backfire in order to reduce the impact or damage of a wildfire. We also added a feature that makes the web app create a probabilistic estimation of whether a wildfire is manmade or a product of nature by analyzing the correlation or coherence of the weather data on the point where the wildfire happened and the weather data within its proximity using machine learning and data analysis.

The challenge here is that we are having difficulty in integrating the logic side of our program to the front-end side, and to resolve this, we are attempting to integrate our project in a more stable web framework (e.g. Django), since there are issues with using PHP with Flask (which is what we need in order to build a more sophisticated crowdsourcing system), and we might also consider the possibility of using mapping libraries other than Folium to extend the interactivity of the map.

We also consider the possibility of integrating the web application with remote cameras that could be placed within jungles and forests to monitor activity. With this kind of feature, we can integrate computer vision in the project so the application can generate alerts whenever a fire is being detected. This is a very significant upgrade, since this is an attempt to solve and prevent recent catastrophic wildfire events like the Carr Fire and Ferguson Fire in California, which were caused by vehicular failure.