Our Project Aim to Build a crowdsourcing tool for citizens to contribute to early detection, verification, tracking, visualization, and notification of wildfires. 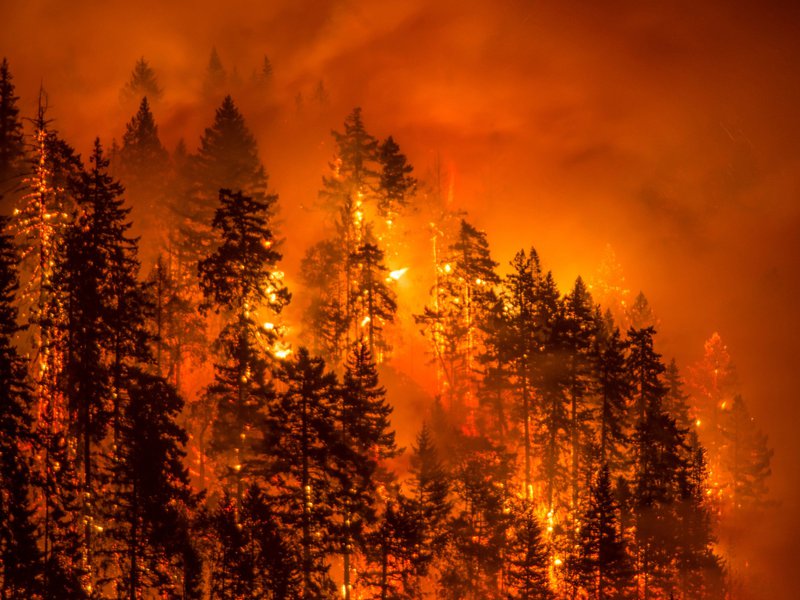 Wildfire is considered one of the greatest Natural disasters.

Let's go on a tour to know more about it in last few years.

The Mendocino Complex fire broke out on July 27th in Northern California and grew to be the largest fire in state history with 459,123 acres burned.

The Carr fire, which broke out on July 23 in Northern California, is the 6th most destructive fire in the state’s history. Seven fatalities are attributed to the fire and 1,604 structures have been destroyed.

Insured residential and commercial losses from the Carr and Mendocino Complex fires top $845 million, according to the California Department of Insurance. Destruction from the two fires resulted in damaging or destroying more than 8,800 homes, 329 businesses, and more than 800 private autos, commercials vehicles, and other types of property. More than 10,000 claims have been filed.

Beginning October 6 and continuing until October 25, eight counties in Northern California were hit by a devastating outbreak of wildfires which led to at least 23 fatalities, burned 245,000 acres and destroyed over 8,700 structures.

In December five major fires in Southern California destroyed over a thousand homes and buildings. One of the fires, the Thomas Fire, became the largest wildfire ever recorded in California. Catastrophe modeling firm RMS estimates that the Thomas Fire will cost up to $2.5 billion in insured losses. The California Department of Insurance reported that insurance claims from the October-December fires add up to almost $12 billion, which makes the 2017 fire season the costliest on record.

2016: There were a total of 5.5 million acres burned by wildfires in 2016. On May 1 of that year, a wildfire broke out in the Alberta city of Fort McMurray. The fire was the costliest ever Canadian natural disaster for insurers, with 1,600 buildings destroyed and more under threat. Two fatalities are attributed to the fire and the entire population of about 90,000 was evacuated. The smoke from the fire could be seen as far south as Iowa.

So because of all of these we decided to face this problem as possible as we can.

We made a mobile application connected to server made by us

This server connecting our sensors to some API's and we used machine learning to detect fire.

Both of sensors and ML technology will help us to reduce the time it takes to detect fires using satellite information from 3-4 hours to ten minutes or less.

And we made a great thing being tracking the smoke of wildfire and notify all around people.

And we made this feature because of the smoke from the fire creates issues related to poor air quality, raising health concerns for people not just in the vicinity of the fire, but at distances hundreds of miles away.

And it will notify driving people not to use their ways which effected by the fire.