Olik has received the following awards and nominations. Way to go!

Lunar VR project’s challenge is to create a VR experience that enables the public to explore the Moon. 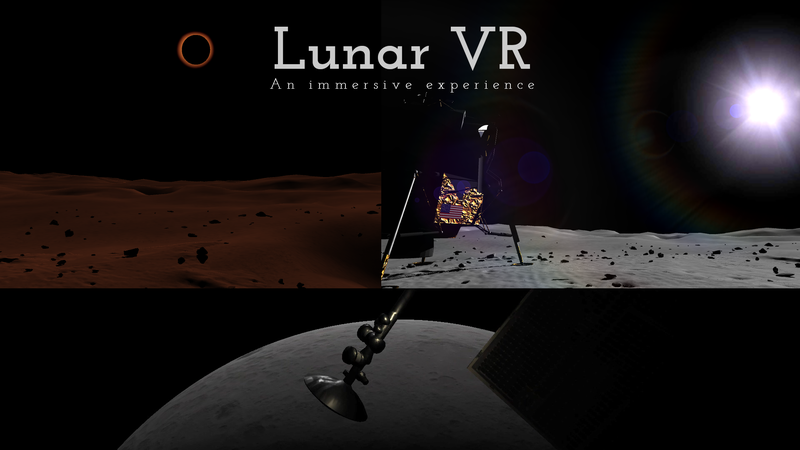 Mankind was always curious about the night sky and that big white round object curiously staring at us as long as we existed- "Moon". We, humans, reached the moon and have taken the first footsteps on the lunar surface through the Apollo 11 mission. But did the moon reach us?

We team Olik, created a virtual immersive experience which will bring moon close to us like never before.

Only 12 astronauts have walked on the moon in the history of mankind. So it is quite rare to be this close to the moon. In Lunar VR we tried to give the user an opportunity to explore the moon and marvel at its beauty.

We have created three experience for now. One of them is solar eclipse seen from the moon, which is known as "lunar eclipse" to us. The moon's surface turns red as the earth casts its shadow. The strange thing is all of the sunrises and sunsets on earth are visible from the moon at that moment.

The second one is interactive Apollo 11 landing site. The user can interact with the first footprints, the lunar module, moon rocks and the surroundings.

And the third experience is orbiting the moon with the LRO satellite. Data collected by LRO has been described as essential for planning NASA's future human and robotic mission to the moon. Craters like Copernicus, Kepler and Aristarchus can be seen from up above.

We created a virtual assistant to help user go through the entire experience. We call her 'Luna'.

We used google cardboard SDK to create Lunar VR which is widely supported by low-cost VR headsets. That means Lunar VR will be available to a wide range of users without any visible cost.

As young generations can easily experience Lunar VR, they will be much more curious about the outer world.