Using images provided by NASA, we created a 3-Dimensional display of terrain on Mars. The project is viewed through virtual reality and controlled by joysticks. The player could admire Mars' scenery and its interactions. 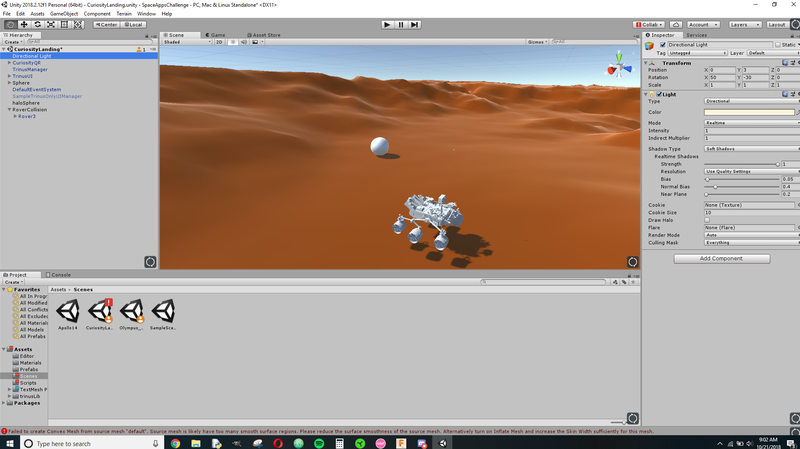 The resources that we're utilized on this project include: Unity for the game engine, Visual Studio for C# Scripts, 3D Nasa Models, Trinus VR (an API used to stream VR to android phones, and receive gyroscopic sensory data)), and Mars Trek

The biggest challenge that our team faced was to program relative movement. When a joystick is in the forward position, the direction the player travels should be the direction that they are facing. This was eventually solved by rotating the current camera position, by the angle that the player's body had rotated.

Our program is a simulation of various landscapes of Mars in a virtual world. These sites include: the Curiosity Rover landing site, and Olympus Mons. In these landscapes the player can wander the landscape taking in the visuals. Their are also objects placed around the landscapes that display information when the player gets close to them.