We developed a Virtual Reality to simulate an exploration in Mars, in order to catch a more real experience. We used Unreal Engine 4 as a development tool and NASA's database as a source of information. 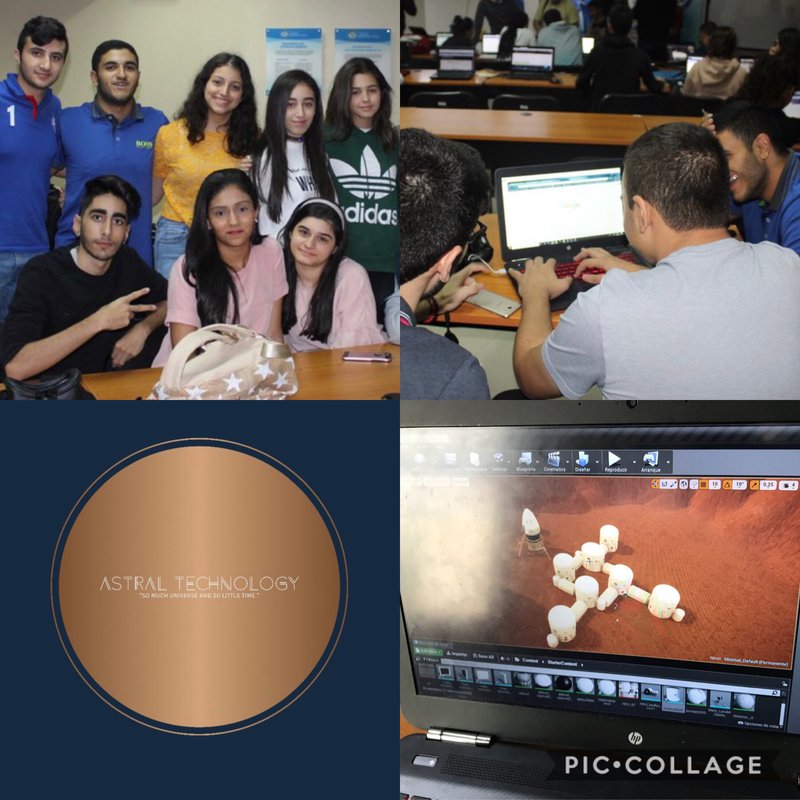 Slogan "So much universe and so little time".

Although industrialization has stimulated great discoveries and progress for humankind, the vast problems solved by technology has caused a loss for curiosity in today’s world and what surrounds our planet.

"We are dedicated to develop and provide the best experience in Mars exploration through a virtual reality simulator" -Astral Odyssey.

Our knowledgeable team expects to offer our users a way to educate about Mars surface and its most significant aspects in a creative and entertaining way.

In insurance of this, we developed an inclusive environment where the unique combination of talents, experiences, and perspectives of our members makes our simulator experience unforgettable for each individual.

We took this initiative because we found the need to globalize astronomical knowledge about a planet which is having important technological advances that could benefit us in a near future. We could find ourselves in a radical scarcity of resources or a catastrophe that could prevent the humans from continuing to settle or reside on the planet earth. Because of this, we take initiative to start this project, to integrate another option of life for the human race, as we have seen in history, during hard times.

The universe is a place filled with mystery and fortunately, humans are beings of curiosity. Humanity has always wanted to explore beyond the horizons of Earth and we have worked towards the same question: What's going on out there? 49 years ago, a brave man decided to take one small step for man, one giant leap for mankind. The decision lead to the beginning of a new era, an era of discoveries. Consequently, humans have had the urge to explore what is beyond the margins of the Earth. Institutions like NASA, work on such discoveries and have arranged many explorations outside of the planet. Those explorations have encouraged humanity to learn more about our universe. Our team wants to help with the exploration of the universe, Mars to be specific, however we are limited in resources, and time. As a result we created a detailed virtual reality of Mars with the images provided by satellites, as well as the abundant amount of information provided by NASA.

Mars is too cold for liquid water to exist for any length of time, but features on the surface suggest that water once flowed on Mars. Today, water exists in the form of ice in the soil, and in sheets of ice in the polar ice caps. The temperature on Mars ranges from 70 degrees Fahrenheit (20 degrees Celsius) to about minus 225 degrees Fahrenheit (minus 153 degrees Celsius).

Craters: There are impact craters distributed throughout Mars, but in the southern hemisphere there is an old plateau of basaltic lava similar to the seas of the Moon, dotted with lunar-type craters.

Caves: NASA's Marcian Odyssey spacecraft has discovered entrances to seven possible caves on the slopes of a Martian volcano. In the case of Mars, the entrances to caves seem to have the same origin as in the Moon, that is, volcanic tubes, tectonic fractures and crater pits. On Mars, the presence of monstrous volcanoes like those of the Tarsis region explains that tectonic fracture caves are more abundant -and wide- than on the Moon and, unlike the Moon, we have found entrances to crater pits in an obvious way.

Volcanoes: Mars is only about half the size of Earth but, nevertheless, it has several volcanoes that surpass the scale of the largest terrestrial volcanoes. The largest volcanoes are located at large elevations or domes in the Martian regions of Tharsis and Elysium. The Tharsis dome is about 4,000 kilometers (2,500 miles) wide and rises to 10 kilometers (6.2 miles).

Sand: Martian soil is the fine regolith found on the surface of Mars. Its properties can differ significantly from those of terrestrial soil. The term Martian soil typically refers to the finer fraction of regolith. On Earth, the term "soil" usually includes organic content. In contrast, planetary scientists adopt a functional definition of soil to distinguish it from rocks. Martian dust generally connotes even finer materials than Martian soil, the fraction which is less than 30 micrometers in diameter. Disagreement over the significance of soil's definition arises due to the lack of an integrated concept of soil in the literature.

Landscape: Mars is a terrestrial planet that consists of minerals containing silicon and oxygen, metals, and other elements that typically make up rock. But the general aspect of the Martian landscape differs from that of the Moon because its atmosphere is dense enough to hold very strong winds of more than 150 km/hour and huge dust storms that persist for weeks and even months, obscuring the entire planet.

The solution to this problem will be using a VR to educate people on Mars and its specific characteristics. The simulator could provide a virtual adventure through Mars and its wonders so that it could be at any person’s reach. In addition, this virtual reality could enlighten us about the possibilities of Mars becoming a future home. 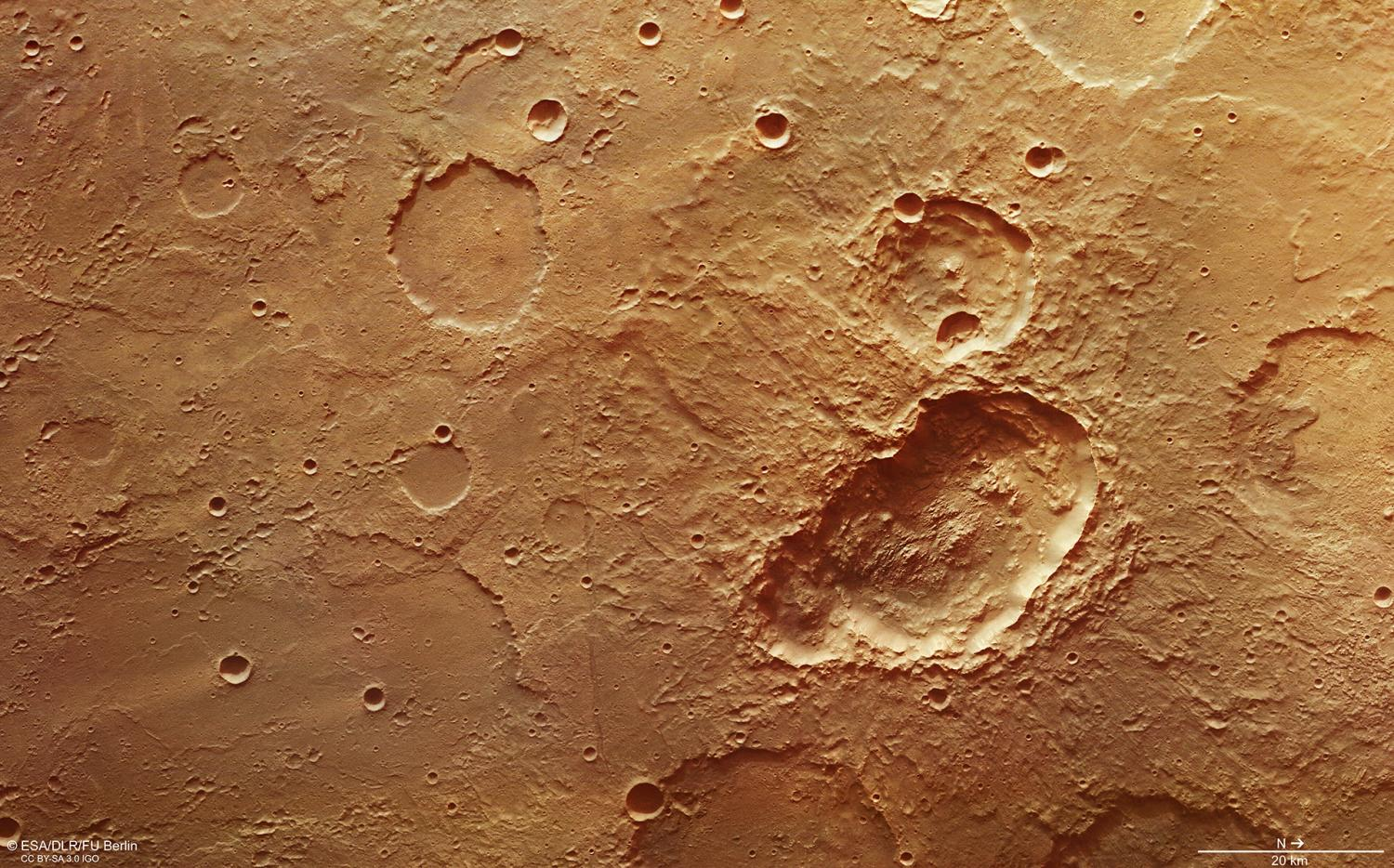 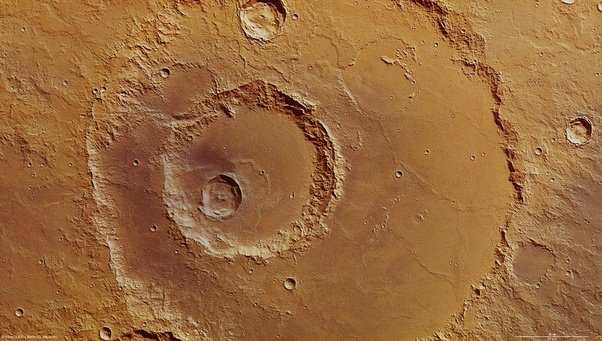 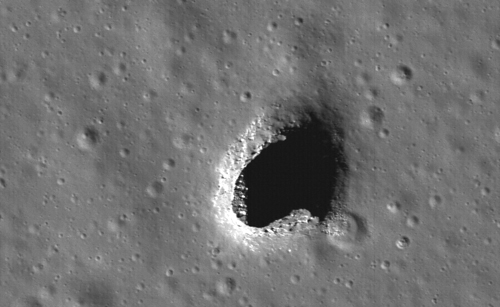 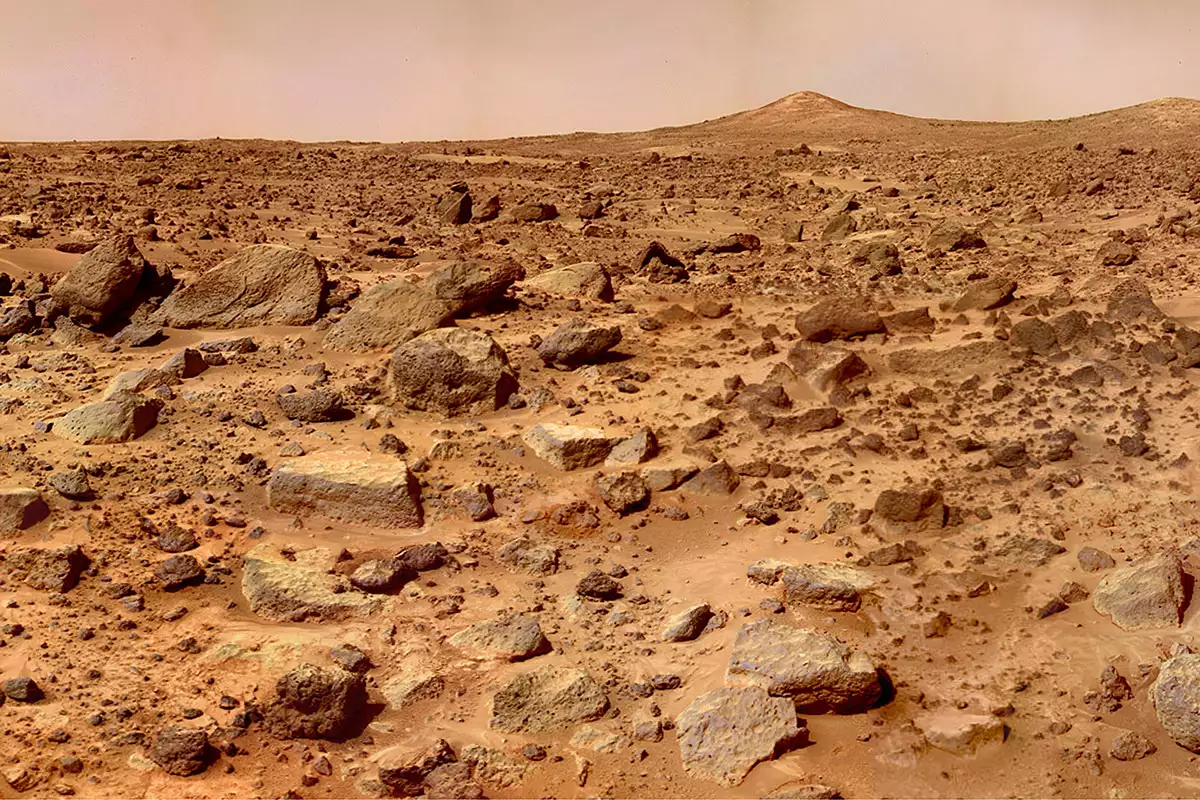 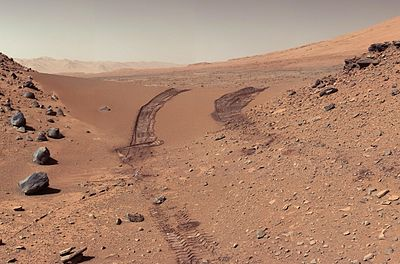 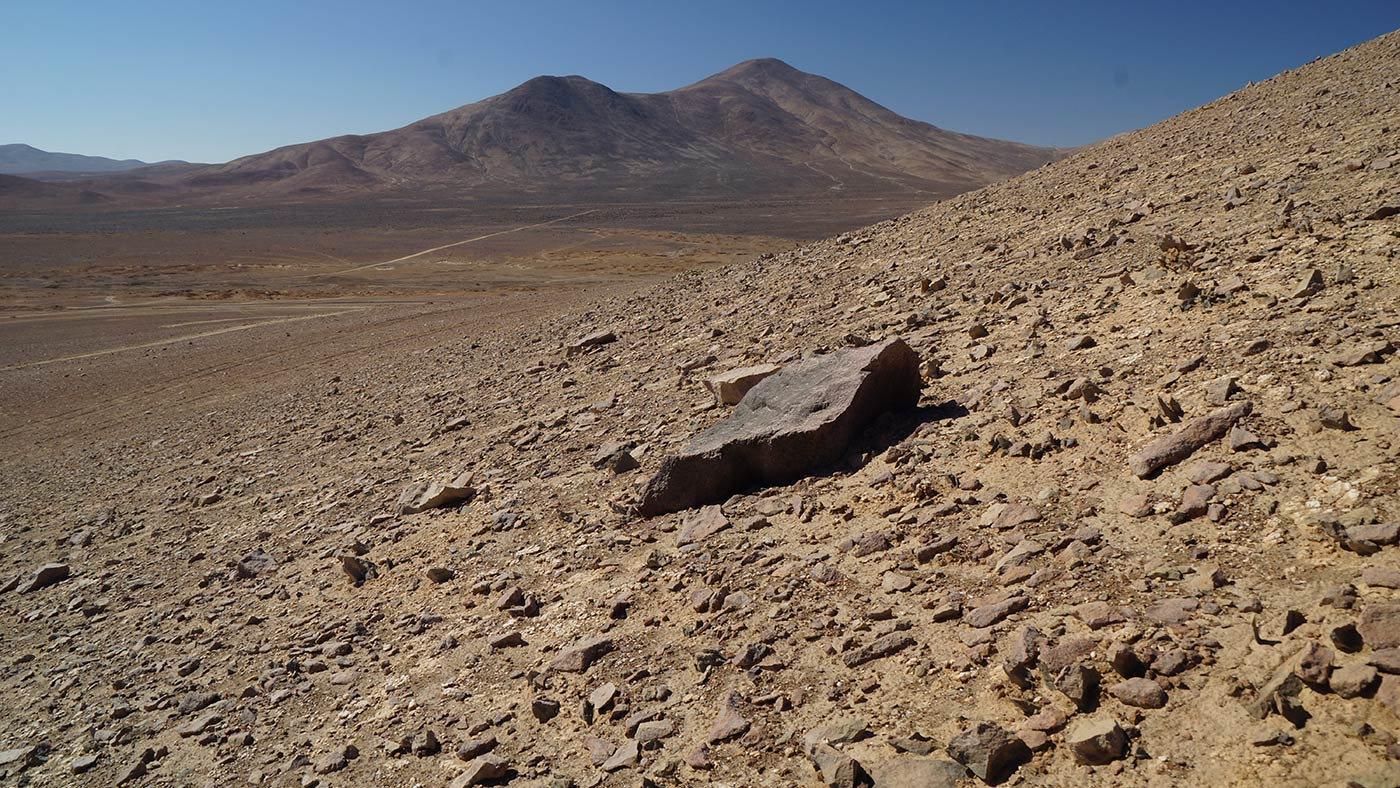 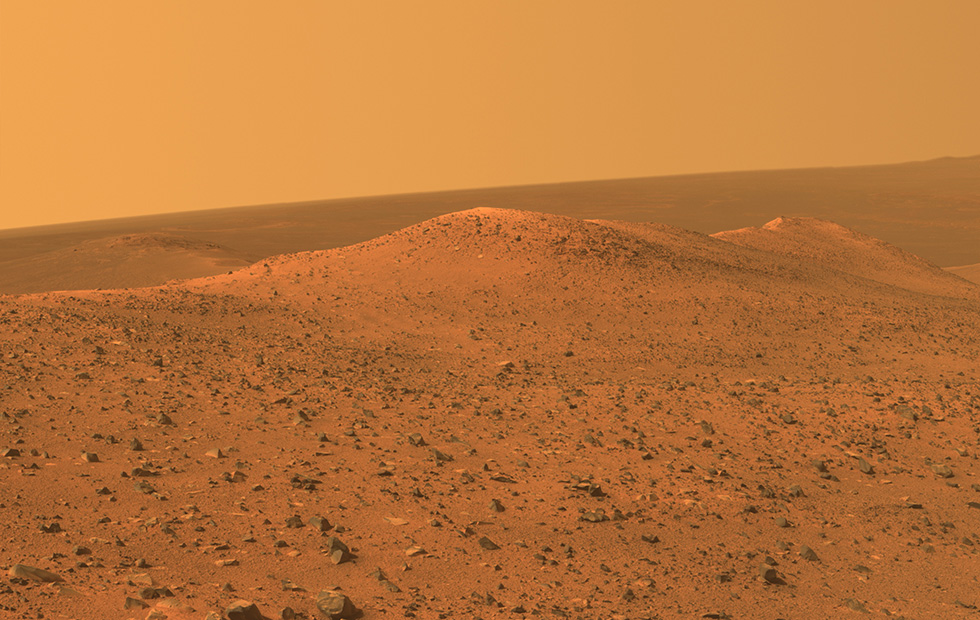