USS Hubble (IDDW-2018) has received the following awards and nominations. Way to go!

Explore With Hubble is an interactive platform for learning about the wonders of the cosmos. Navigate our different tabs as you delve into the fascinating universe that surrounds us and have your imagination inspired 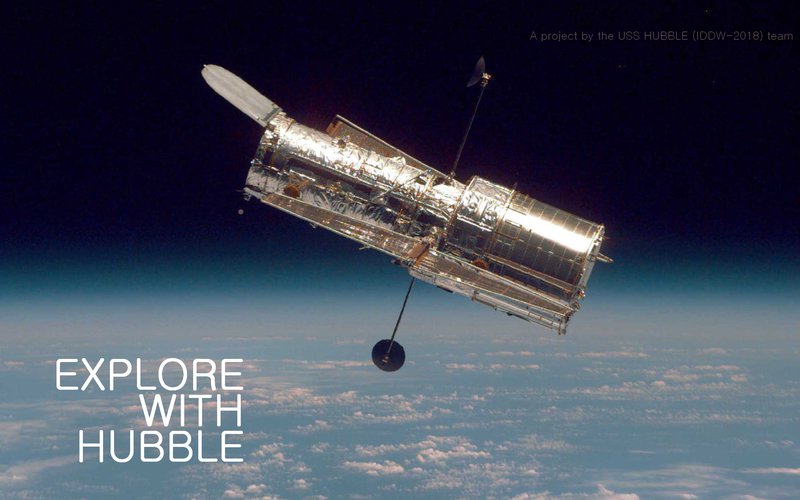 Many thousands of years ago, people would look up at the sky overhead and wonder what it was they were seeing. They would observe the stars and study them but, they could not pass a certain threshold sue to the lack of technicality at that time.

On April 24, 1990, NASA launched the Hubble Space Telescope, a powerful tool that was built to aid us in discovering the cosmos and understanding the universe.

In the modern world full of light pollution during the night, a vast majority of people cannot even fathom the majestic things that lie beyond our measly planet. This leads to the lack of people looking up to the skies to contemplate.
Our team has developed "Explore With Hubble" to help people all around the globe to enrich their knowledge about the universe that surrounds us.

By using our app, the user will be able to learn more about space and test themselves. We have also built our system so that the player will have to do their own research to answer all the questions, thus asking himself the same questions that ancient astronomers would ask themselves during cloudless nights and by this, hopefully, sparking their endless journey in to a beautiful world of space exploration, to boldly go where no man has gone before.

Explore With Hubble is an interactive app which allows users to gain information about, and thus explore space. 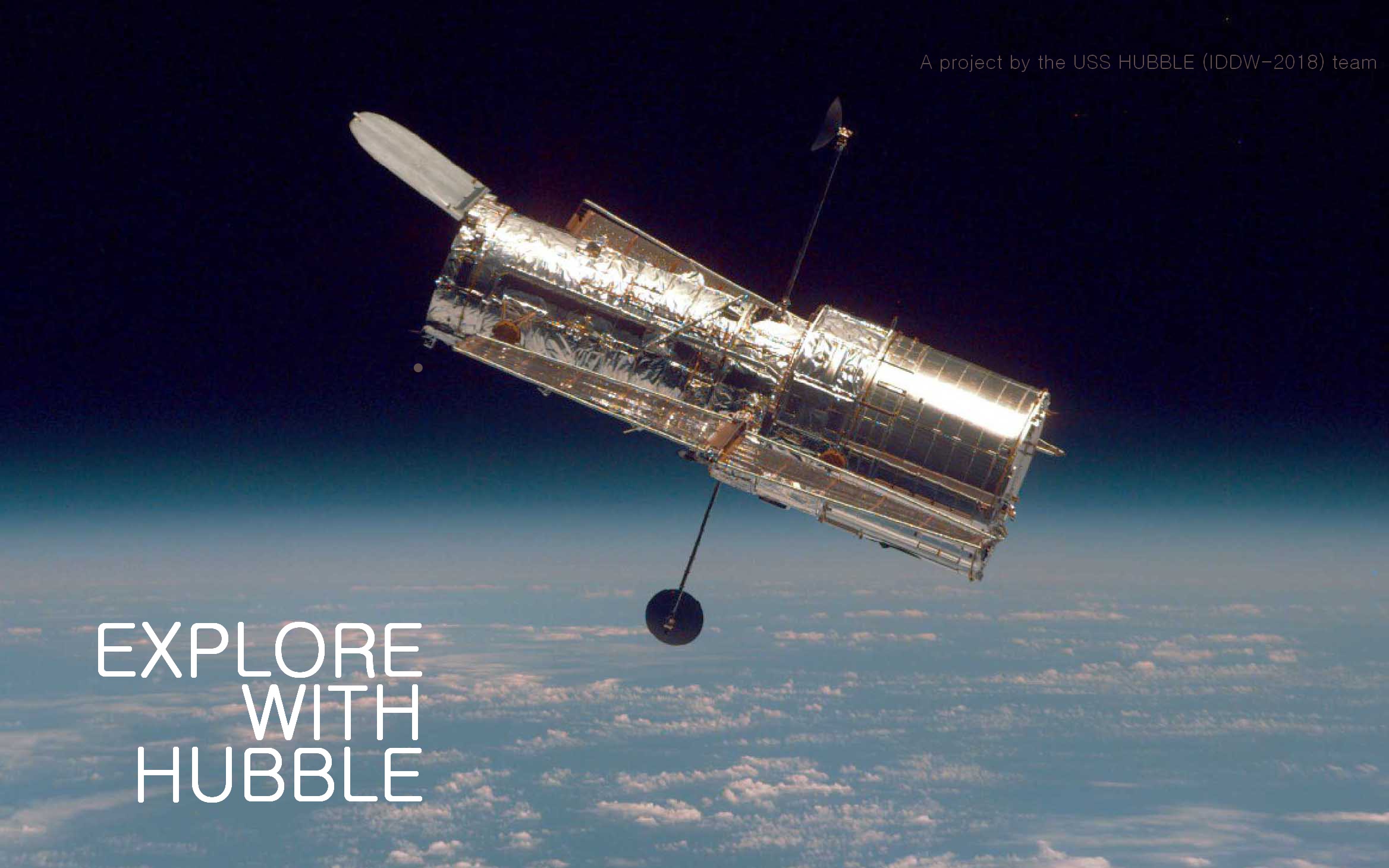 Our app is designed to pique the user's interest for space and teach them new facts. In fact, its key features are:

The app will present you options for acquiring knowledge, or for verifying your prior knowledge 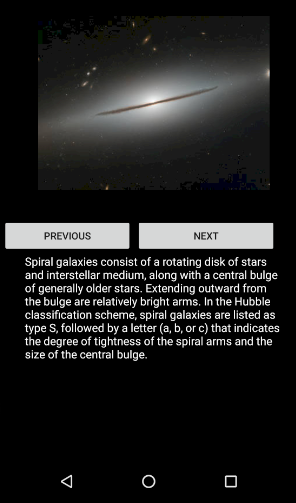 If you feel like learning something new today, choose the first option, and start a magical journey into a world of space.

The more challenging players will be able to test themselves, by answering some questions about the cosmos and the universe.

Our app will not change the world in one day. Maybe not even a month, or a year.

However, it is not our primary goal neither. We've built "Explore With Hubble" to educate people, and make them more involved in the space exploration. And education takes time.

Our goal is to provoke a long-term impact, to change the way people will look up at night, and wonder. This will take time, but there will be an impact on the area of space exploration.