Hubble Story is a 2-4 player card drafting and set collection board game implementing modern game design. Your goal is to capture the greatest set of REAL images using the Hubble telescope. Explore now the celestial objects of our universe! 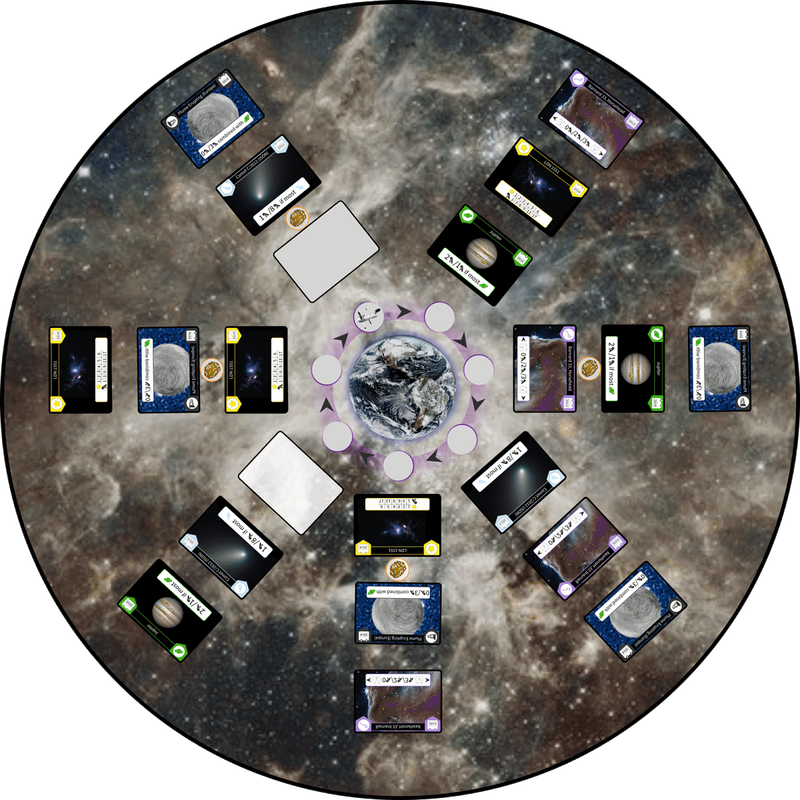 Our team chose to work on this game design project as we have the know-how in that field. Tabletop games have a lot of benefits and modern game design is here to showcase that.

Given that we had to implement Hubble's images in our game we decided to work towards showcasing its story. The game revolves around a main board that a Hubble token moves clockwise around Earth, orbiting it. During your turn you can move Hubble up to three spaces and collect one of the available images in that row. Each card depicts its type, date captured and an end-scoring condition. This way players get to know from the start of the game that the telescope is actually in orbit and captures real celestial objects.

Our goal was to create a modern board game that ignites an interest towards our universe through simple stimuli without overwhelming the players. A fun and positive social experience can create the drive needed to look deeper into the space field.

A prototype of the game was created during the event and playtested a lot of times. This way we already went through the game design loop a few times, reaching towards an end product.
The game also includes additional features like special Asteroid cards that break the core rules and open-information objectives that score you extra points. An advanced module is also available for players that are familiar with the core mechanic.

Lastly, all the graphic design for the game was created in order to clearly communicate the project.