Well, we will just keep our project there, and the judges will check the page :)

When do we submit it?

Thank you guys for the support and the great work

THANKS TO EVERYONE! WE ARE DONE WITH OUR PROJECT OFFICIALLY! LETS HOPE THE JUDGES WILL LIKE IT! TO CHECK OUT OUR PROJECT HEAD OVER TO THE PROJECT PAGE! THANK YOU SO MUCH PEOPLE! COULD NOT HAVE DONE WITHOUT THE MASSIVE AMOUNT OF RESEARCH AND MOTIVATION YOU GUYS IMPLEMENTED ON THE TEAM! IT WAS A PLEASURE WORKING WITH YOU! GOOD LUCK ON YOUR ENDEAVORS, GODSPEED, YOUR FRIEND, RAFID 🙂 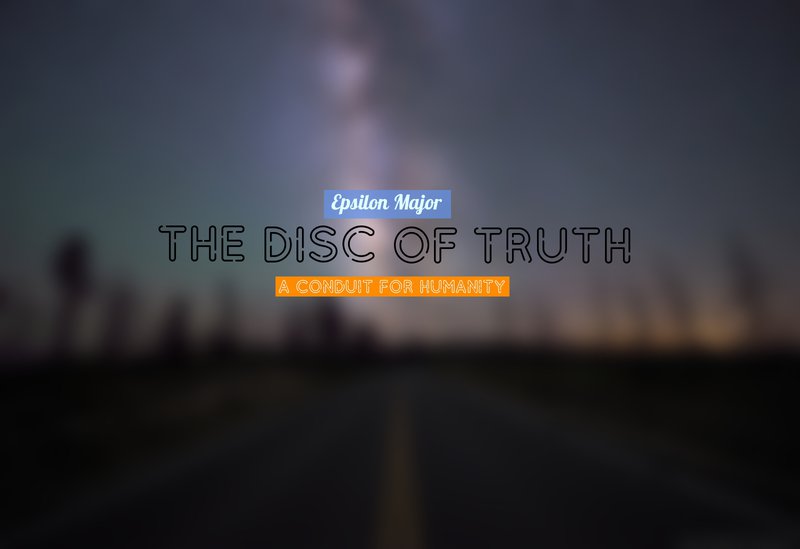 Video has been updated to the Project Page :)

1) Brandon: Dude, without your Voyager-1 research, we might have been lost in outer space. Thanks a bunch.

2) Mariane: I know you are gonna come up with some pretty good codes for protecting our good old Disc of Truth.

3) Ana: I need you to make us a good, elaborate description of The Disc of Truth. Details in the group chat.

Thanks a lot, guys. Lets make our dreams a reality.

Guys, post your mail addresses here. You guys are gonna get a gift from me :)

I am just gonna say it: On this day, We have finished making the video for the SPACE APPS

But theres still a long way to go.

We need to make the project description, dont leave out anything. Go to the group chat to get reference.

I wish you the best of luck :)

Guys I have tried opening the chat a million of times now and it is just not opening.....it comes up with Internal Server Error.

Can you post all that you would like to say to me long with all the chit chat thats happening on the chat here instead of the chat. This will help me to see it as well as be a part of it.

Hey Ana and Mariane thanks for joining our team.

It is so great to have you both on board. I'm sure we will get through this project together with the skills and knowledge we all bring to the table.

TO ALL THE NEW MEMBERS:

Hi guys! Nice to meet you all.

My name is Ana Huembes. I am from Nicaragua, a country in Central America.

This is my first year in the Space Apps Challenge, and I am getting out of my comfort zone. I have no idea about this topic. However, this is what I bring to the table:

-Great research skills (I will need some structure though; to know what I am looking for or what you need to find)

In August 2012, Voyager 1 made the historic entry into interstellar space, the region between stars, filled with material ejected by the death of nearby stars millions of years ago. It takes about 19 hours for a signal to be passed from earth to voyager 1 (one way).

Some questions on the voyager:

How can you still receive information from Voyager after it's gone so much further than expected?-from Reddit user cyberine

"Mostly because technology on the ground has improved tremendously over the last decades, so it's possible to catch tiny radio signals from a very far distance.

What establishes the distinction between interstellar space and space considered to belong to our solar system?-from Reddit user diMario

"This is not at all obvious... we're still trying to work this out ourselves. We are currently going with the particle and plasma based definition. Voyager 1 is currently surrounded by particles that came from other stars, not from our sun. Before it crossed it was surrounded by material from the sun. Other definitions have included requirements on changes in magnetic field orientation.

Is Voyager still able to capture and send photos back to Earth? -from Reddit user Eluveitie

"The Voyager cameras were turned off after the image of the Pale Blue Dot Valentines Day 1990.

Why was that? Too much power usage?-from Reddit user OG-panda

"The cameras were turned off to save power and memory for the instruments expected to detect the new charged particle environment of interstellar space. The computers on the ground that understand the software and analyze the images do not exist anymore. The cameras and their heaters have also been exposed for years to the very cold conditions at the deep reaches of our solar system. Even if mission managers recreated the computers on the ground, reloaded the software onto the spacecraft and were able to turn the cameras back on, it is not clear that they would work.

How long does it take to receive signals from Voyager now?-from Reddit user i_attend_goat_orgies

"A signal from Voyager 1, traveling at the speed of light, takes 17 hours one way to reach Earth.

What kind of data do we get from Voyager?-from Reddit user whatireallythink

"It consists of 0's and 1's. Yes, there is (old) hardware and software that extracts data from the instruments. The instrument teams have their analysis software to apply the calibrations and other corrections that turn the raw data into scientific quantities.

How long will it take for the power to run out?-from Reddit user 10247bro

What kinds of data do you hope to see in Voyager's remaining years?-from Reddit user goblynn

"A lot of Galactic Cosmic Rays (ACRs) and the galactic magnetic field, and maybe, plasma waves. As long as Voyager's nuclear batteries last, we can communicate, probably around 2025. After that there will be silence!

Once the Voyagers run out of power and stop transmitting, will we still be able to detect them?-from Reddit user IdolRevolver

"Afraid not. No signal from the spacecraft really means no signal.

Can Voyager be said to drift indefinitely?-from Reddit user replicasex

"The current velocity of 38,000 MPH will not change. It will go forever.

What else in the universe lies along its current trajectory and how far away is it?-from Reddit user just_foo

How does the processor and memory of Voyager I compare to the average modern smartphone?-from Reddit user jjlava

"It's 270,000 times less memory and no real processor in the modern sense.

Do you have an official brief or Standard Operating Procedure if you pick up unmistakable signs of alien life?-from Reddit user BrettW-CD

"There is no mention in the Science Mission Directorate' management handbook. :)

What do the Voyagers do?

Voyagers tell scientists the composition between regions and areas of the solar systems.

Voyager 2 is a space probe launched by NASA on August 20, 1977, to study the outer planets. Part of the Voyager program, it was launched 16 days before its twin, Voyager 1, on a trajectory that took longer to reach Jupiter andSaturn but enabled further encounters with Uranus and Neptune.

Where is it now?

How much time does it take to send a signal from earth to Voyager 2?

What does the golden record show us?

It was nearly 30 years ago—Jan. 24, 1986, nearly a decade after it had been launched—that the Voyager 2 spacecraft made its closest pass to Uranus and, as TIME phrased it, “taught scientists more about Uranus than they had learned in the entire 205 years since it was discovered.”

But the sophisticated equipment that sent information back to NASA wasn’t the only important thing on board the spacecraft. The Voyager 2, like the Voyager 1, carried with it a record, plated in gold, on which had been encoded sounds and images meant to “portray the diversity of life and culture on Earth,” according to NASA. The message from Earth was curated by a committee led by Carl Sagan and contained 115 images of “scenes from Earth.”

It was estimated in 1977, when the Voyagers launched, that it would take 40,000 years for them to reach a star system where there might be a being capable of deciphering the record.

Some links for the below

what exactly is the golden record? And research on it

Forty years ago, NASA launched Voyager I and II to explore the outer solar system. The twin spacecraft both visited Jupiter and Saturn; from there Voyager I explored the hazy moon Titan, while Voyager II became the first (and, to date, only) probe to explore Uranus and Neptune. Since they move too quickly and have too little propellant to stop themselves, both spacecraft are now on what NASA calls their Interstellar Mission, exploring the space between the stars as they head out into the galaxy.

Both craft carry Golden Records: 12-inch phonographic gold-plated copper records, along with needles and cartridges, all designed to last indefinitely in interstellar space. Inscribed on the records’ covers are instructions for their use and a sort of “map” designed to describe the Earth’s location in the galaxy in a way that extraterrestrials might understand.

The grooves of the records record both ordinary audio and 115 encoded images. A team led by astronomer Carl Sagan selected the contents, chosen to embody a message representative of all of humanity. They settled on elements such as audio greetings in 55 languages, the brain waves of “a young woman in love” (actually the project’s creative director Ann Druyan, days after falling in love with Carl Sagan), a wide-ranging selection of musical excerpts from Blind Willie Johnson to honkyoku, technical drawings and images of people from around the world, including Saan Hunters, city traffic and a nursing mother and child.

1) Make a layout of the current voyager. Upload it here.

3) Detailed mapping of the Voyager.

4) Research on the Golden Record.

5) Be active on the Hackathon day.

Lets try our best to make this a success

The Voyager-1 has traveled deep into interstellar space, away from the grips of our Sun. 41 years have elapsed since its launch. Carrying a cargo that tells the stories of mankind, it plunges forward like a proud sailor on his voyage.