SmartCamp | Mission to the Moon! 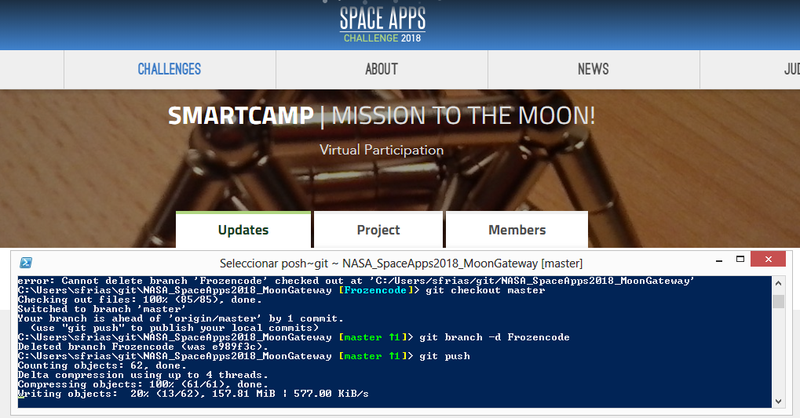 Just Updated Repository, before Organization can determine Frozen Code as a hash. Good luck everybody and Best Wishes!!! 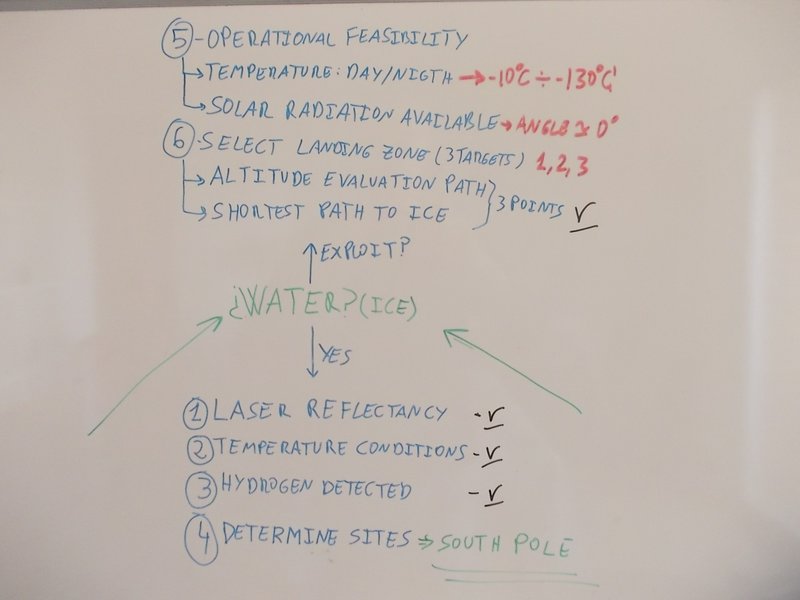 ​Just arranging concepts and processes for this hack on repository...weekend was awesome

We have first video version for challenge. You can check it 30 seconds of glory version 0.0 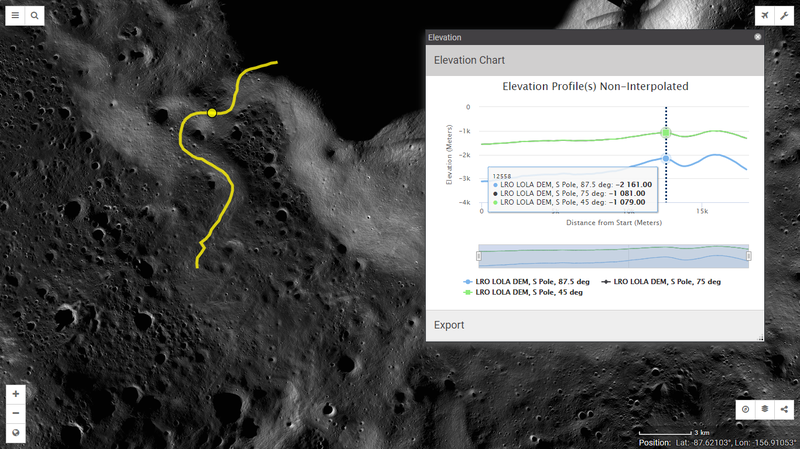 Best route calculation from three possible landing points was ended. After we validate this results on power consumption rover journey to ice and return. Selected previously near landing point, but temperatures at night can reach -70ºC to -110ºC​. Need more info about resiliency of land plattform & rover. Estimated 60 days of mission. 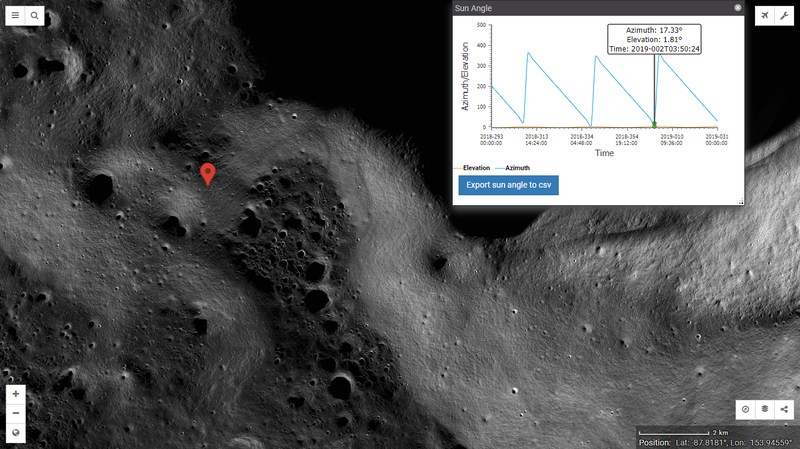 Selected Svedrup Crater because is more attainable, Landing zone has enough light, and has others targets near (Shackleton, ...) 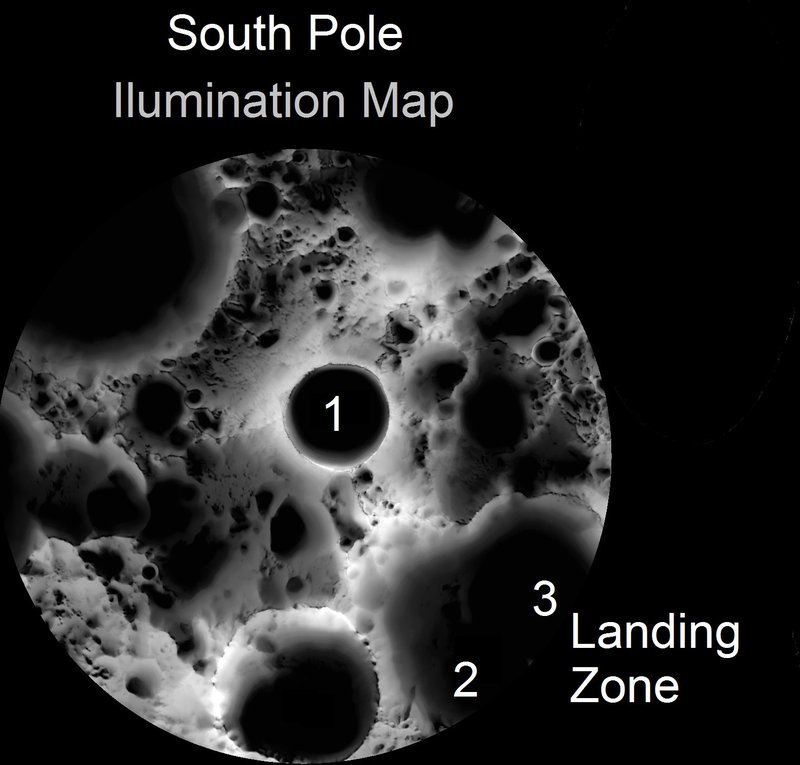 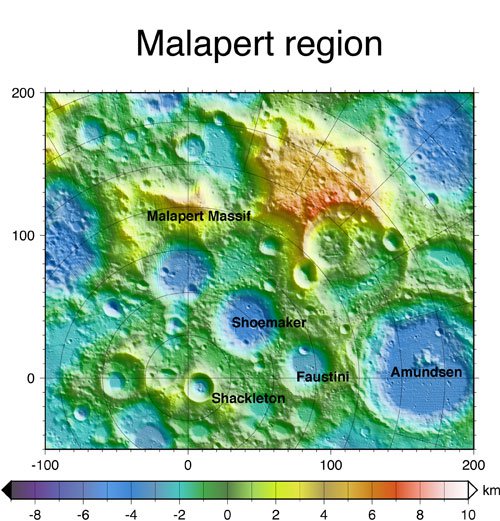 Malapert Region of SouthPole is first candidate, but has high risk on Landing. :-)

Scientists wouldn’t send a rover to the moon without a detailed plan.

There are numerous scientific and engineering considerations that would come into play in deciding what research a lunar rover will conduct, including where it will land. Scientists use imaging data from satellites orbiting the moon to learn about its surface and guide their decision-making to choose scientifically significant landing sites.

Specific goal for this mission is put to work rover to find/extract iced water. We learn about possible handicaps on zone were was detected: evaluate better zones and times in diary journeys to recharge with photovoltaic absortion (LOLA measurement), deal in shadow times with low temperatures, choose the best path for the orography defined by Lunar Reconaissance Orbiter (LRO).

First part of problem was to determine a safe zone to land, as close as possible to the ice water that was detected when In October 2017, LCROSS was ordered to impact a shaded region permanently near the lunar south pole, which resulted in the discovery of water ice.

Analyzing the available data by LRO, the landing zone can not be the same with the places where the ice water is, since these places correspond to deep places in the South Pole, where the light does not usually enter through the unevenness of the terrain. The rover depends on sunlight to externd its mission, and current technology is not ready, especially batteries, to work at such low temperatures for a period of time without additional energy expense.

For now, we have two options at South Pole. One of this is Malapert Massis, but we will be conservatives and we will choose a landing place a little safer.

Now challenge is selected. Is time to summarize and pick up the part that we can develop. Now we have two Computer Science Specialists, an engineer, and a senior industrial processes specialist. This project was directly linked with older participation on Space Challenges (Valencia, 2016), exploring the possibilities of make a journew to our Moon, with a SpacePort Gateway for future Mars Journeys, and explore the option of create initial automated infraestructure, using a Resource Prospector to extract raw material and make propulsion fuel or Rocket parts, and is awesome to share this time to improve this concept.

We had a chance that exists nice people that helps, share&collaborate selflessly, as a Paul E. Bennet has done. We hope to reach that level as a person, in the face of the progress of society with technology.

This is the dream. For now we haven't a deadline, although we think that the first stage of viability of the lunar spaceport begins in 2022, the goal is far away, but it promises an exciting journey.