Moon | Mission to the Moon!

The Buraq mission will focus mainly on landing a rover to explore and quantitatively assess a local region on moon’s surface as a potential habitat for life, past and present. 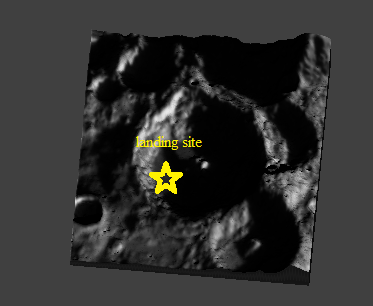 The world wants to explore more about our neighbor moon and create a research camp there is one of our dreams. return of humans to the moon for long term exploration and utilization, followed by human missions to mars and other destinations is a great goal.

The Buraq mission will focus mainly on landing a rover to explore and quantitatively assess a local region on moon’s surface as a potential habitat for life, past and present.

2- Characterize the geology and geochemistry of the landing reason at all appropriate spatial scales:

Interpret the processes that have formed and modified rocks

3- Investigate planetary processes of relevance to past habitability, including the role of water.

5- investigate planetary orbit from the moon’s perspective to more accurately …. some things to be found

7- have ideas about moon’s geological past by studying ice’s sample ( Absolute dating).

- The mission will be as followed

the lunch will take a place at Wallops Island Flight Facility

3 - a spinning curse stage where the rocket load is deployed where the load and the proper communication tools are deployed,

4- after the cruse reaches the moon will perform a 360 degree trajectory correction in order to spin close to the moon’s [south] pole like Applo 17 a capsule will be released containing the rover on the moon , guided entry and controlled powered ‘ sky crane “ descent , a 20-km diameter landing ellipse, discovery responsive for landing and 775-kg landing mass,

Make a diagram about mission plan

We have chosen the Amundsen Crater as a landing site

on this this localization there is always sun that can help the rover to charge batteries. This landing area is near:

To ice (good for sample mission and less traveling energy: Absolut dating, search for probability of primitive past life,)

To the corner of crater (great to study the geology, geomorphology, stratigraphy of the site.

Geomorphology of the landing site great for landing because it’s like a plain. So the rover will be able to land safely and travel easily at the Amundsen Crater.

- tools in the rover:

* by using this method on the rover can easily sample loads on the moon’s surface. And transmit the results back to earth

Georadar and tomography lab inside the rover to study lunar subsurface.

- using onboard telescopes to preform special imaging on the rover